[Exclusive] The place where all the fishermen who were abducted were taken... Obtaining records of illegal investigations

I told him that the abducted fisherman and his family, who had been abducted and returned to North Korea but were falsely accused of espionage, were having difficulties in resolving their injustice. While the Truth and Reconciliation Committee recently decided to investigate ex officio on 982 abducted returnee fishermen, the 'Sold to the End' team acquired government records containing the circumstances of the illegal investigation. 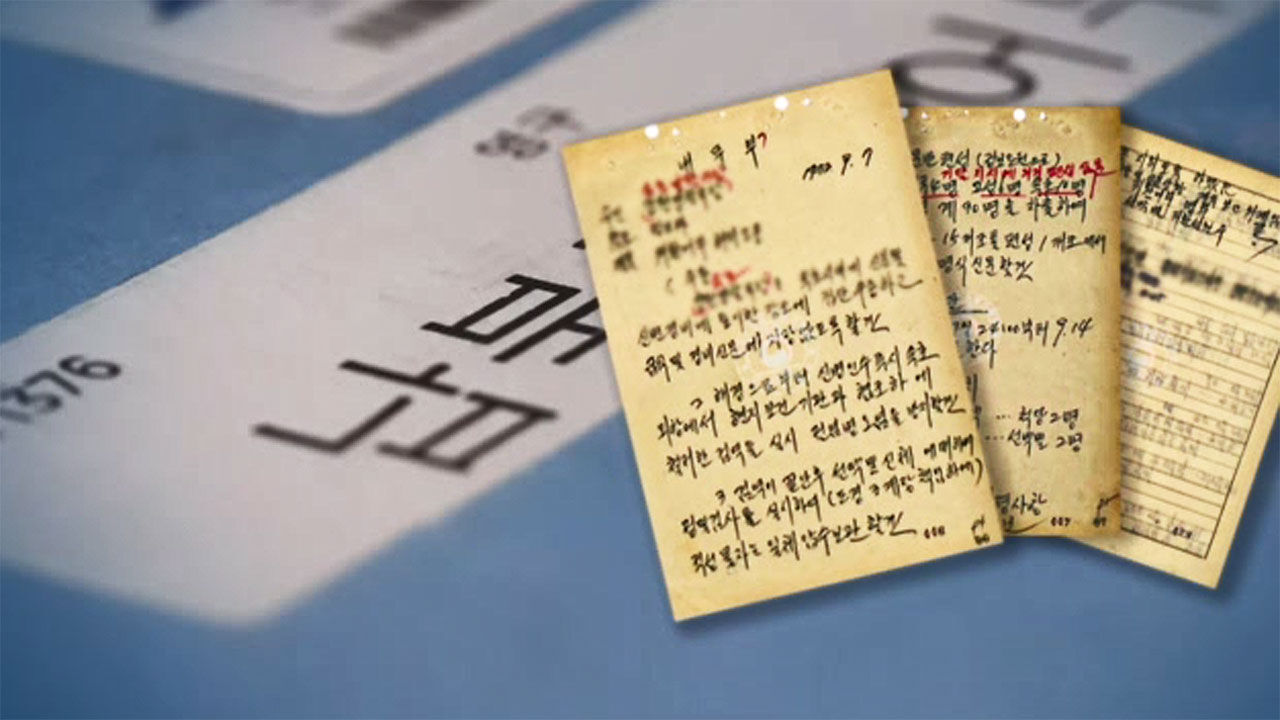 I told you that the abducted fisherman and his family, who were abducted and returned to North Korea but were falsely accused of espionage, were having difficulties in resolving their injustice.

While the Truth and Reconciliation Committee recently decided to investigate ex officio on 982 abducted returnee fishermen, the 'Sold to the End' team acquired government records containing the circumstances of the illegal investigation.

About 50 years ago, Mr. Lee Young-ran remembers his father, who was abducted from North Korea while fishing.

[Lee Young-ran / Kidnapped fisherman's daughter returning to North Korea: As soon as I arrived, I was beaten at the inn and just like this...

I inquired around Sokcho Port where the inn was located.

She still lives in the people she remembers at the time.

[Park Jong-sik / At the time, the owner of the inn in Sokcho: I did not sleep and (fishermen) took turns taking turns.

At Haedong Inn, the story of '(her fishermen are in pain) took her nails and pounded her in the head to commit suicide'...

A police report obtained by SBS at the time supports these memories.

Even before the investigation began, the interrogation period was set for a week from midnight on the day of return, and the direction of the newspaper was to dig up spy orders.

These guidelines were shared with the Central Intelligence Agency, the Ministry of the Interior, and the prosecution from the beginning.

This is the situation in which he tried to obtain a confession of being a spy through harsh acts while in illegal detention without a warrant.

[Lee Eun-joo / Justice Party member: At that time, the police, the Ministry of the Interior, the prosecution, and even the National Intelligence Service intervened, ordering investigations beyond simple intervention…

About 3,600 sailors were abducted during the military regime and returned to North Korea, but state agencies have been stingy in providing investigation materials for 'security' reasons.

The newly discovered materials are expected to be of help to the abducted returnee fishermen and their families, who had little legal knowledge and were busy living every day.

[Choi Jeong-gyu / Attorney: In order for the retrial to start, there must be a fact of violation of the law by the relevant public official.

At that time, criminal acts such as illegal detention of investigators were confirmed, so it is very decisive for starting a retrial (I think it is the data.)]

The kidnapped fisherman spy manipulation case happened in the 1960s and 1970s, right?

Let me introduce myself again.

Large-scale incidents such as the democratization movement and the 4·3 incident have been investigated by the state to some extent, but it is true that the case of abducted fishermen who have lived as the socially disadvantaged has received little attention.

It is estimated that about 3,600 fishermen have returned to North Korea after being abducted, of which only 100 have been properly identified.

In fact, the fact that the fishermen were abducted by North Korea does not indicate that the state has failed to fulfill its defense responsibilities. On the contrary, the fishermen who returned after being abducted received torture or false confessions and were sentenced to life in prison for violating anti-communist laws and national security laws.

However, it did not end here, I classified this person into A, B, and C grades and continued to inspect. As a result, I did not have a modest job and ended up living while working hard and doing daily chores.

When fathers became like this, the children's generations were often poor and could not learn, so the essence of this case is that the powerless and weak people have been harmed by the wrong exercise of state power from generation to generation.

Then, why is it that not many people have been recognized for the damage?

we meet and listen to the victims and their families, they say that they are trying to request a retrial to the prosecution or the police, so please give them a record.

However, by law, records of incidents under the National Security Act are to be preserved permanently.

So, in a word, the state agency had no will to find and give these records.

In order to prove the reason for the retrial, the judgment alone is not enough and some records such as investigation records and trial records are required.

So, those who have suffered damage throughout their lives are saying, "Please start with the basic principle of providing these records by state agencies."