The coronavirus pandemic has accelerated the emergence of drug-resistant microorganisms, such as bacteria and fungi. Scientists and doctors note cases when microorganisms that were not dangerous to humans become pathogens for humans. And in relation to some bacteria, antibiotics lose their effectiveness, and most often such strains appear in a hospital setting. This was stated in an interview with RT by the deputy director, head of the microbiology department of the G.F. Gauze, Doctor of Biology Vera Sadykova. According to the expert, scientists are now developing an alternative to traditional drugs. For example, against resistant strains, it is proposed to use bacteriophages - special viruses that are not dangerous to humans. 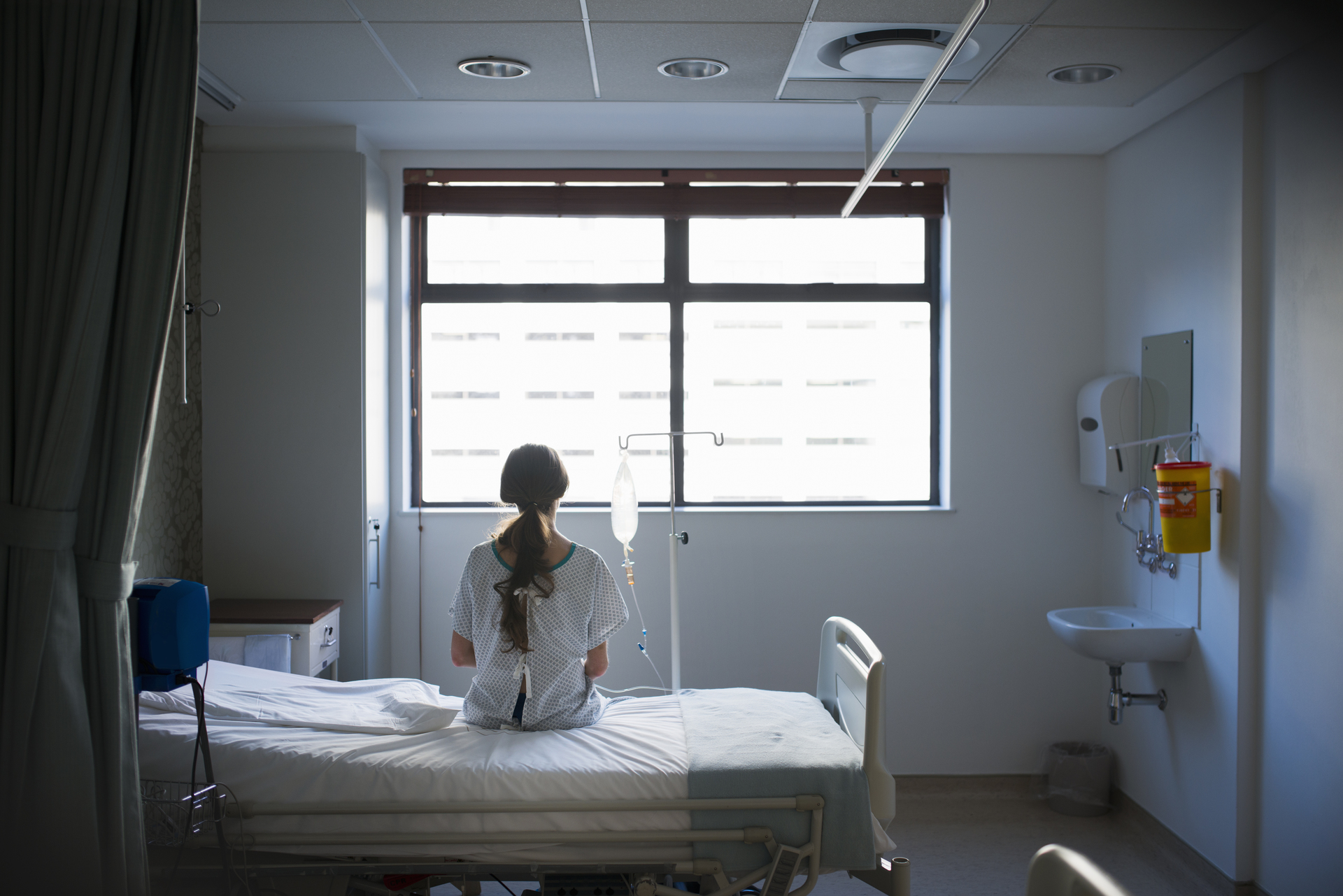 - Recently, the results of a study were published in the United States that revealed an increased level of antibiotic-resistant bacteria in people who went through hospitalization during the coronavirus pandemic, both in those who had COVID-19 and in those whose tests were negative.

The researchers concluded that the pandemic has affected the formation of antibiotic resistance in bacteria.

Is there a similar trend in Russia and other countries?

— Indeed, the intensive use of antibiotics to treat complications of COVID-19 provoked a surge in antibiotic resistance in bacteria and fungi.

For example, now there is a rapid increase in diseases with deep mycoses, which are extremely difficult and have a high mortality rate.

Although the pandemic has played a negative role, in general the problem has a long origin and is associated with the massive use of antibiotics, which is only growing every year.

Much of the growth is due to increased access to medicines in developing countries.

Antibiotic drugs are indispensable in the treatment of infectious diseases, as well as for the prevention of weakened immunity, however, due to the irrational and excessive use of such drugs, a global problem of drug resistance has arisen in pathogens that have adapted to survive in the presence of antibiotics.

The treatment of infections caused by resistant strains is much more complicated and expensive, and for pan-resistant microorganisms (resistant to all known drugs. -

As the antimicrobials now available are losing their effectiveness and the development of new drugs has slowed, many infections are once again threatening lives, and medical procedures are becoming more risky.

On a daily basis, doctors are faced with infections that do not respond to available antimicrobials.

— The World Health Organization has named antimicrobial resistance as one of the ten global health threats facing humanity.

To what extent are such infections already common, how often do doctors encounter them in their practice?

What diseases are most often caused by them?

“There is a whole group of such pathogens.

These bacteria cause nosocomial infections that are difficult to treat and are especially dangerous for debilitated patients.

It is in hospitals that the most suitable conditions for the emergence of such resistant microorganisms arise.

The number of dangerous fungal diseases is also growing.

For example, some fungi, formerly known as typical saprotrophs (microorganisms that feed on dead remains. -

Growing, especially against the backdrop of the COVID-19 pandemic, the number of fungi resistant to all antifungal drugs used.

At the same time, the creation of new drugs requires very large resources: the development of a new effective antibiotic requires 10-12 years and from $800 million to $2 billion.

Such developments are carried out by large foreign pharmaceutical companies and leading universities.

However, in general, in the last decade, the pharmaceutical industry has paid insufficient attention to this area.

- How big is the "contribution" of medical organizations to the problem?

For example, often antibiotics are prescribed to patients without microbiological studies, by blind selection.

Could this also be a negative factor?

— Yes, the erroneous prescription of an antibiotic without prior pathogen susceptibility testing can contribute to the development of antibiotic resistance.

— Recently, scientists from Monash University in Australia found that a significant proportion of beef and salmon sold in supermarkets is inhabited by bacteria that are resistant to a range of commonly used antibiotics.

Another study has also emerged suggesting that antibiotic-resistant bacteria can be transmitted to humans from pigs - animal microflora gaining resistance due to the use of antibiotics on farms.

Is the use of antibiotics in animal husbandry one of the reasons for the emergence of resistant strains?

— Yes, this factor also contributes to the emergence of resistant strains.

But the reason is human consumption of products containing residual amounts of antibiotics, and not the possible transmission of animal pathogens to humans.

“According to the WHO, none of the antibiotics currently under clinical development will be able to solve the problem of bacterial resistance, since almost all drugs belong to the old classes of active substances.

Does this mean that traditional antibiotics will soon stop working?

“Antibiotics will continue to be used in medicine, we just need to create drugs of a different principle of action along with them.

I would like to note that technologies for the development of traditional antimicrobial drugs also do not stand still, but develop.

Therefore, it is now very important to modify classical antibiotics with next-generation semi-synthetic or synthetic antibiotics.

In the last decade, biosynthesis has been increasingly used for the production of antibiotics.

In this case, the new substance must meet a number of requirements.

For example, its molecules must be bioavailable—permeate through the bacterial membrane and bind to specific targets in the pathogen.

Also, such drugs should not have side effects, be non-toxic, and be inexpensive to manufacture.

It is very difficult to find a substance that meets all the necessary requirements, so new antibiotics appear relatively rarely.

Of course, since the discovery of antibiotics in the first half of the 20th century, drug discovery technologies have evolved greatly.

In recent years, the technology of sequencing the genome of microorganisms has become available to scientists, which has opened up completely new strategies for the search for drugs.

- If we talk about alternatives to antibiotics, what are the most promising areas of research?

There are a number of basic strategies.

Firstly, the selection of combinations of already known antibacterial drugs to obtain a synergistic effect.

Secondly, the creation of drugs against mutations in bacteria that make pathogens resistant to antibiotics.

Bacteria are known to produce proteins that play an active role in mutations of their own genomes.

The search for a drug that can suppress the production and functioning of these proteins is a fundamentally new approach in the fight against the development of resistance.

Another direction is the search for excipients that can weaken the mechanisms of bacterial resistance.

Or such an improvement of the antibiotic molecule so that the bacterium could not inactivate it.

A new group of antibacterial molecules EPI (efflux pump inhibitors) have even been developed that inhibit the active excretion of antibiotics from bacterial cells.

Such molecules are able to block the activation of bacterial genes responsible for the removal of the antibiotic from the cell.

These substances are used in conjunction with conventional antibiotics to restore their effectiveness.

A promising area of ​​work is also the search for bacteriophages - viruses that can destroy bacteria, but are harmless to humans.

Such therapy has many advantages: it is economical and effective against antibiotic-resistant bacteria.

The technique of horizontal transfer of bactericidal genes is also currently being studied.

The fact is that bacteria are able to transfer DNA not only to their "descendants", but also horizontally - to bacteria of their own or even someone else's species.

This can be used to spread destructive genes in a bacterial colony.

The use of antimicrobial peptides (AMPs) against pathogens should also be noted.

A group of molecules with antimicrobial activity, AMPs are an important component of the innate immune defense and wound healing mechanism.

- What interesting developments are being carried out by the G.F.

- First of all, I would like to note that NIINA has collected and maintains a very large collection of strains of microorganisms producing compounds with antibacterial, antifungal and antitumor activities.

It now has more than 2 thousand strains.

Research is being carried out on the basis of this collection, both fundamental and applied.

I can give several examples.

So, our employees obtained a highly productive industrial strain-producer of the antibiotic tobramycin.

This drug is used to treat severe nosocomial infections: sepsis, postoperative purulent complications, osteomyelitis and others.

The strain we created has already been patented and is used for the production of a drug.

Our institute is also working on the selection of producers of new antimicrobial peptide antibiotics - emericellipsins.

In this work, scientists resorted to sequencing the genome of microorganisms.

We are also developing an anticancer drug for the treatment of glioblastomas — nanosomal doxorubicin.

It is currently in the second phase of clinical trials.