[Video] Squid barefoot and rubbed... 1 minute video made a fuss 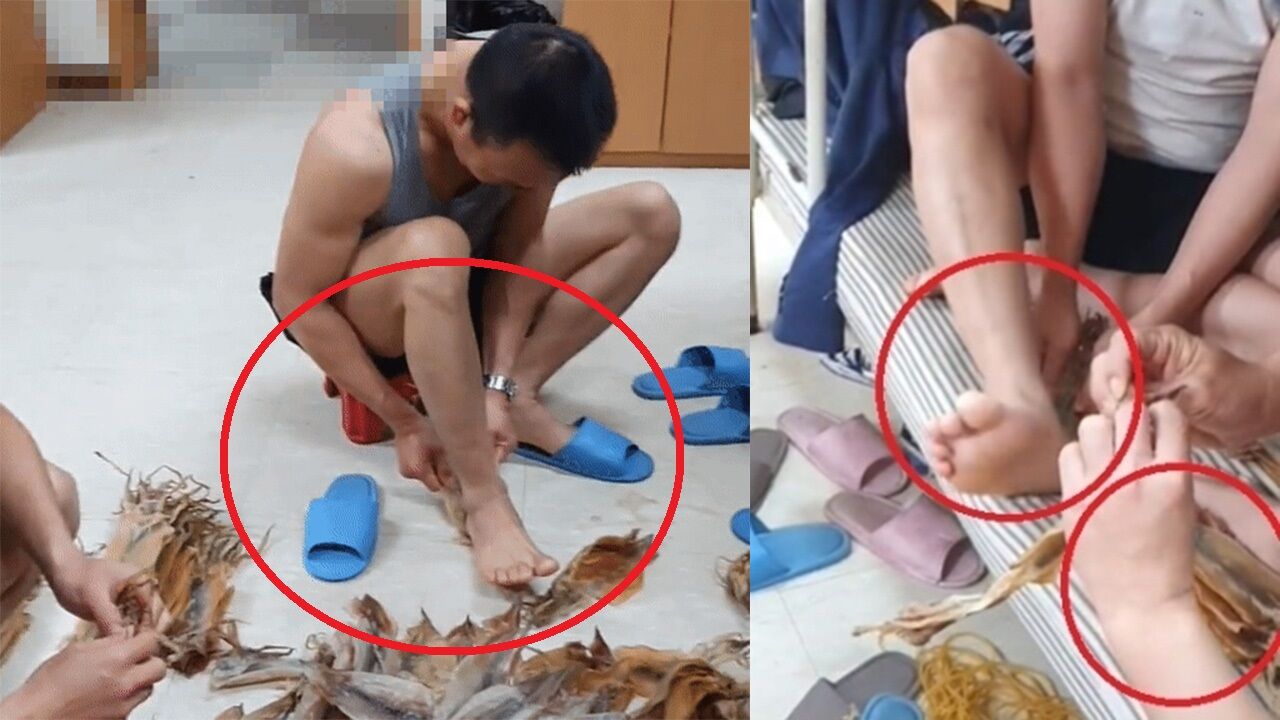 Dried squid lying on the floor.

Foreign workers squeezing the squid with their bare feet.

On the 10th, Mr. A, a man presumed to be a Vietnamese man, posted a video on his TikTok account with the words 'Remembering the past'.

In the one-minute long video that appears to have been filmed at a seafood market in Pohang, North Gyeongsang Province, three foreign workers are flattening dry squid to be sold as a commodity with their bare hands and bare feet.

Without wearing a sanitary cap, sanitary gloves or a mask, they sat on the floor and rubbed dry squids.

These squids were mixed with shoes and scattered on the floor, and even foreign workers were constantly stepping on their bare feet to prevent them from drying out again.

Netizens who saw the video in question responded, "I can't believe it really happened in Korea", "I can't eat squid because it's dirty", "People who play with their food should be punished severely" and couldn't contain their anger.

Foreign worker A, who uploaded the video, has been uploading videos of him working at a fish market near Guryongpo-eup, Nam-gu, Pohang-si, Gyeongsangbuk-do, since January last year.

Looking at the posts published so far, it seems that Mr. A has been working at a construction site in downtown Pohang and the domestic fish market in Nam-gu, Pohang since last year.

The controversy over the hygiene of dried squid is already the second this year.

Earlier, in January of this year, a foreign worker working at a squid factory in Yeongdeok-gun, Gyeongsangbuk-do, posted on his social media the process of wearing shoes and eating dried squid, which caused a stir.

According to the Ministry of Food and Drug Safety, the company's violations continued from October last year to January this year.

It is known that about 3,898 kg of squid produced in an unsanitary way during this period are not distributed in the market and stored.

The Ministry of Food and Drug Safety recommended the company to dispose of the squid, which was caught up in the hygiene controversy, but there was no law to forcibly dispose of it, so it could not be disposed of.

Meanwhile, the company did not receive any special punishment other than a fine of 700,000 won for negligence.