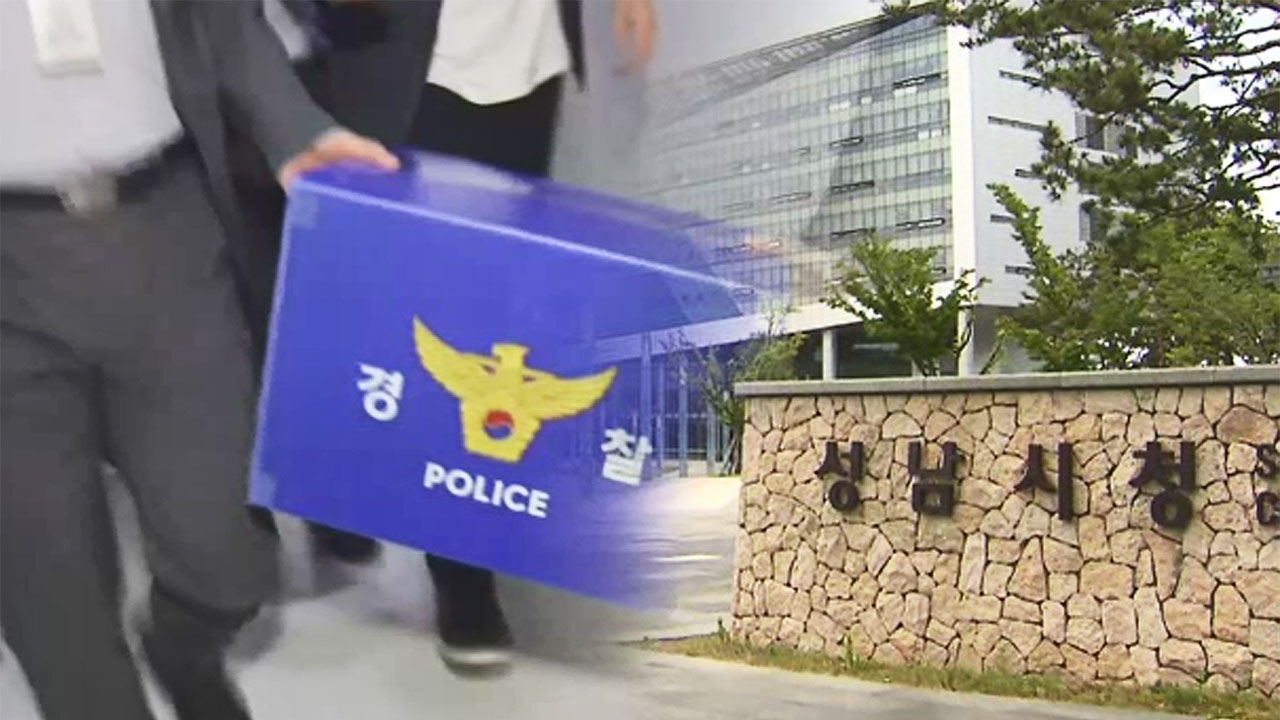 The police, who first looked into the case, concluded that there were no charges, but the investigation started again when the prosecution requested a supplementary investigation, and today is the first time a search and seizure has been conducted.

More details will be provided by reporter Shin Yong-shik.

The police search and seizure, which started at 9 am at Seongnam City Hall, lasted for six and a half hours.

[(Did you secure meaningful data? What data did you focus on securing?) …

This is the first time that a forced investigation into the 'Songnam FC sponsorship allegation' case has been conducted.

The main content of this case is the allegation that former Gyeonggi governor Lee Jae-myung received 16 billion won in donations from six companies, including Doosan E&C, while serving as the owner of Seongnam FC when he was the mayor of Seongnam, and provided preferential treatment such as building permits.

The Bareunmirae Party filed a complaint during the 2018 local election, and the police closed it with 'no charges' in September last year based on data arbitrarily submitted by the police from Seongnam City Hall.

In the process, Suwon Prosecutor's Office Seongnam Branch Director Park Eun-jung, who is classified as a pro-government prosecutor, rejected the opinion that the investigation team needed a supplementary investigation.

The police command department explained that the investigation team did not feel the need for a search and seizure because all the data had been submitted voluntarily in the past.