San Esteban, the town to take into account to escape on the May bridge

At the mouth of the Nalón River, on its left bank, sits San Esteban (formerly San Esteban de Pravia in honor of the estuary of the same name), a quiet little town... 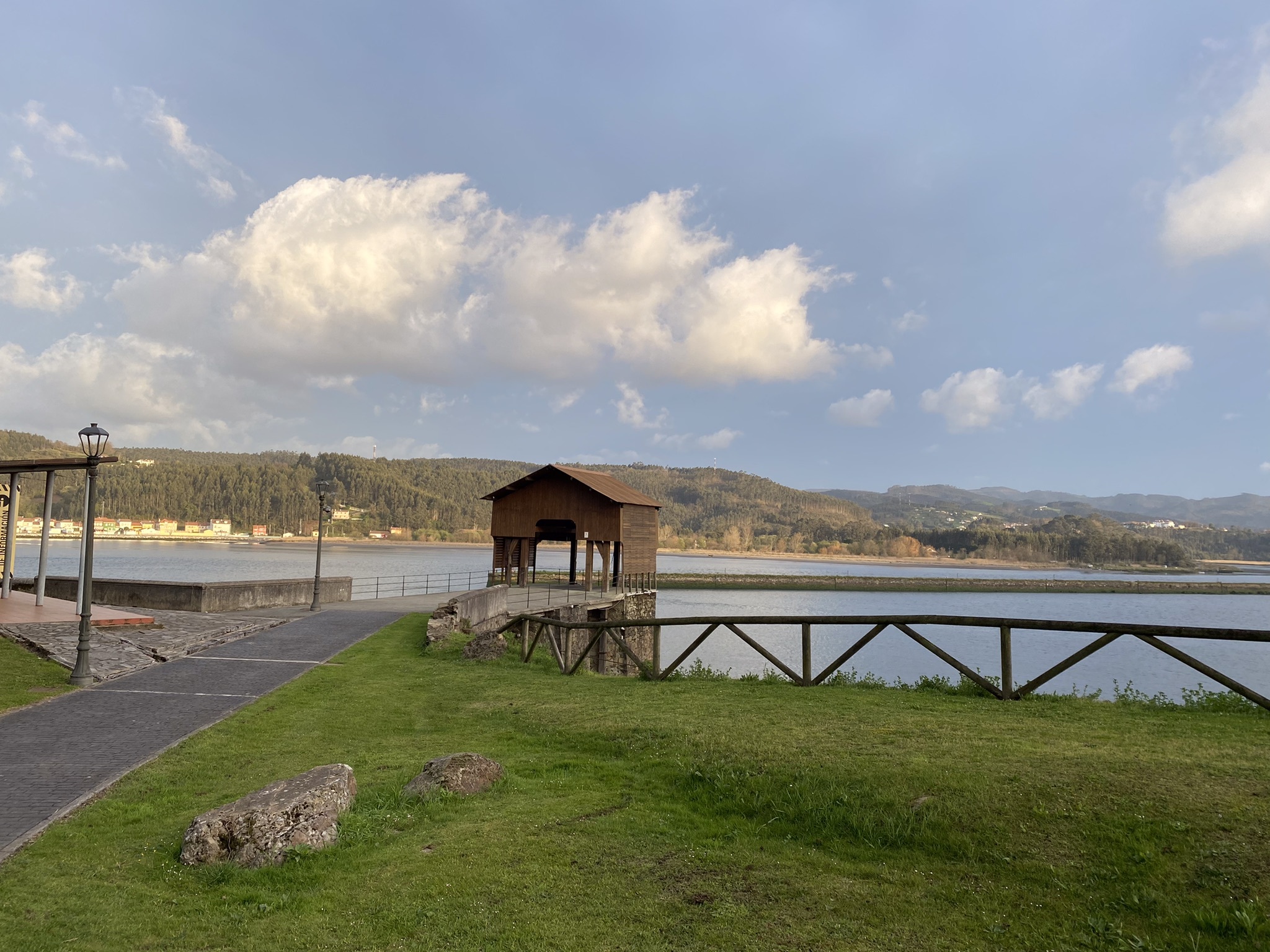 At the mouth of the Nalón River, on its left bank, sits

(formerly San Esteban de Pravia in honor of the estuary of the same name), a quiet little town in the Muros de Nalón council with some 500 inhabitants that, despite the spectacular setting that surrounds it, on the central Asturian coast, and how well connected it is (the train arrives and Avilés airport is 20 minutes away), it is not one of the most touristic in the area.

Even in summer it goes unnoticed in favor of other busy enclaves such as Cudillero (11 km away), Salinas or Avilés (about 23 km away).

and was the summer resort of the poet Rubén Darío, was one of the most important towns in Asturias in the past.

A walk through its streets and the port reveals the enormous growth of the town from the end of the 19th century to the middle of the 20th, thanks to the presence of large cranes and coal loading docks (now restored) and the stately homes with brightly colored facades.

In addition to the historical heritage, the sea, the mountains, the estuary and, above all, the gastronomy make San Esteban worthy of a getaway to discover all its charms.

In the 20th century, San Esteban was the

first and only coal port in Spain

From the Pravia estuary, which was reached by the railway, this mineral was exported by sea, extracted in the mining valleys of Mieres, Aller and Cangas del Narcea, among others, for the iron and steel industry, which has now disappeared.

The port's cranes and loading docks have been declared of historical-industrial interest and are hallmarks of the town's maritime profile, whose main activity today is fishing.

In front of the estuary there are also some of the historic buildings, such as the

, in a brilliant blue color.

It is an Indian house, built in the mid-nineteenth century, perfectly preserved.

On the outskirts of the town, in the neighborhood of La Pumariega, there are still other spectacular Indian mansions and some of popular architecture still standing.

One of the main attractions of San Esteban is

a spectacular path over the cliffs of about four kilometers (one way), perfectly marked, that crosses lush forests, meadows and watchtowers with incredible views of the coast.

The path begins at the

hermitage of the Holy Spirit

, where the viewpoint of the same name is located with breathtaking sunsets, as well as a recreational area, and ends at the

The hermitage can be reached by car (if you don't want to walk back, you should park another one on the Aguilar beach), but it is recommended to access it by climbing the 420 steps that start from the parking lot of the San Esteban breakwater, at the mouth of the estuary, and border the slope of the mountain with idyllic panoramic views.

From there, the path (watch out for the cows) runs over the Cantabrian Sea joining the rest of the viewpoints: La Atalaya, Los Glayos and Las Llanas (all with information panels and benches to admire the horizon ).

In between, and if it's hot, we recommend taking a dip in any of the coves that open onto the sea.

The end of the road is the Aguilar beach, the enormous and spectacular sandbank that occupies the top positions in the ranking of the most beautiful beaches in Spain every year.

In addition to the aforementioned El Aguilar, San Esteban has two beaches at the mouth of the estuary.

On the right bank is

, a large sandy area with strong waves, perfect for surfing.

The curiosity is that the sand is dark, due to the presence of coal in the past.

On the opposite side of the estuary, below the hermitage of the Holy Spirit, is the small stone cove of Garruncho, very close

to the saltwater pool,

A few kilometers from San Esteban are two of the most beautiful villages in the Principality that are worth knowing.

On the coast is

, cataloged as one of the most spectacular towns in Spain.

The town began to be built on the side of the mountain, from top to bottom, in the 16th century.

The town with colorful houses forms like a small amphitheater.

At the bottom, the square is the nerve center full of terraces, fish markets, shops next to the port.

Going through Cudillero through its steep alleys, from where spontaneous viewpoints emerge, is a must.

10 minutes inland from San Esteban, and on a hill from which you can see the sea, is

The village of about 300 inhabitants is known as "the pearl of the Cantabrian Sea".

A dozen beautiful palaces in an impeccable state of conservation, which coexist in perfect harmony with the well-cared for popular-style houses, granaries and paneras (old buildings on pillars to store grain), dotted around the tiny town.

The imposing and picturesque mansions are of Indian architecture, owned by the neighbors who had emigrated to Cuba and who, upon returning to their land, built with their fortunes.

, which occurs in the murky waters during the dark winter nights at the mouth of the Nalón from November to March.

The delicacy can be tasted at that time in some of the restaurants in the area.

Seafood and fresh fish at a good price, as well as spoon dishes such as beans with clams, are guaranteed throughout the year.

In the port, facing the estuary, the

(Calle Casto Plasencia, 1-3; tel.: 984 198 722) is a charming boutique hotel located in what was an old pension where Rubén Darío himself once stayed.

The historic building from the early 20th century, remodeled and decorated without sparing details, has 14 rooms and 8 apartments (1 and 2 bedrooms) spread over four floors.

From the old pension, the façade, the metallic structure of the staircase and the art deco style

and some cast iron columns of the dining room, where traditional homemade food is served, have been maintained.

In summer, they have a terrace where you can have an aperitif with beautiful views of the estuary and the cranes.

The hotel is a ten-minute walk from the saltwater pool, Garruncho beach and the start of Senda de los Miradores.