News summary on the way home from work, Subsletter Evening. The Democratic Party is pushing for the passage of a prosecution reform bill, the so-called 'examination overhaul' bills. 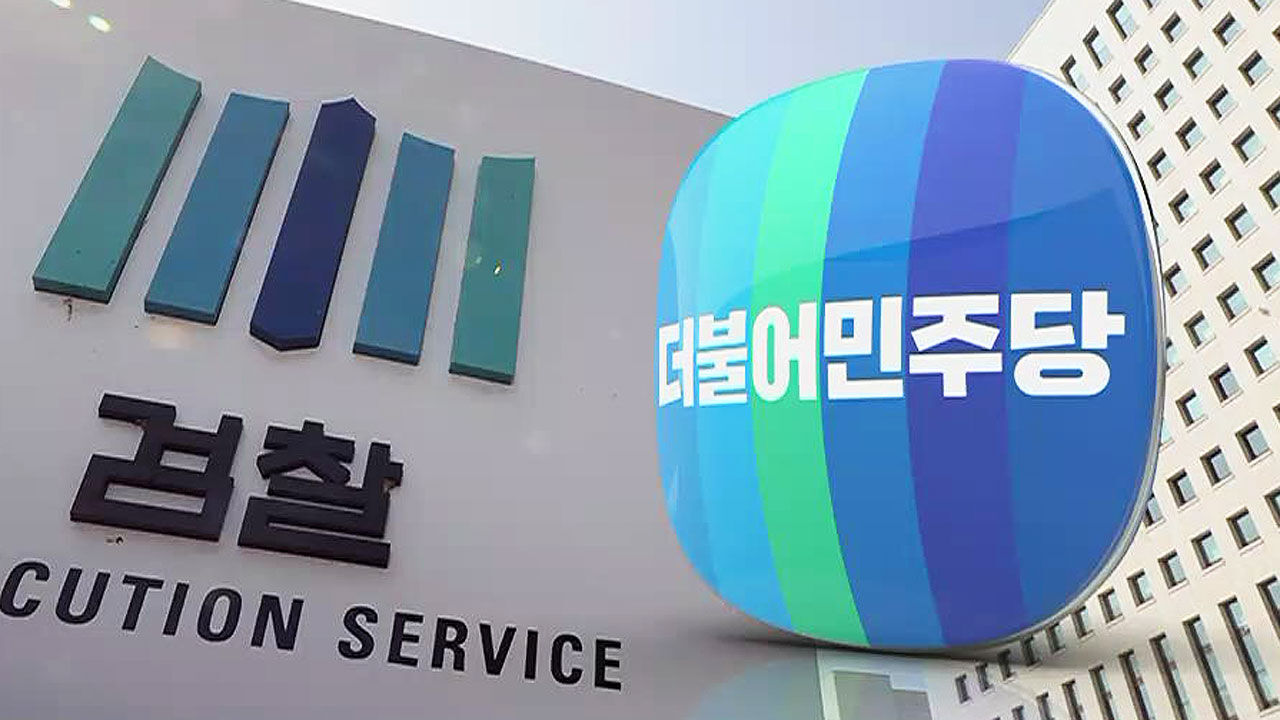 The Democratic Party is pushing for the passage of a prosecution reform bill, the so-called 'completely deprived of the prosecution's investigation authority'.

A front is being formed where the Democrats and the prosecution clash.

Prosecutor's Office "opposition to the Inspection and Waiver Bill"

The Supreme Prosecutor's Office announced a statement opposing the 'completely deprived of the prosecution's investigative authority' This has been confirmed, and now it is urgent to resolve it and settle it.”

Take a look at some of the admissions statements.

○ The revised Criminal Act currently in force was enacted through a long process such as a long-term discussion of 1 year and 3 months and a fast track procedure. It is urgent to do.

○ Preventing prosecutors from verifying the facts directly changes the criminal justice process that has been in place for over 70 years, resulting in extreme confusion, aggravating inconvenience to the public, and weakening the nation's ability to respond to serious crimes. There is no precedent in the legal system.

There was also a meeting of the chief prosecutor presided over by Prosecutor General Kim Oh-soo, but it is not a meeting that was suddenly convened because of the 'check-out', but it is highly likely that it was discussed as it is an issue.

Democrats: "Are the National Assembly intimidating?"

Then, floor spokesperson Lee Su-jin of the Democratic Party responded with a commentary on this, and he hit the prosecution directly with the title, 'The prosecution must first think about how to cut out its vested interests and rotten flesh'.

There are also harsh expressions such as 'I can't stop deploring', 'I am intimidating the National Assembly', and 'I warn you severely'.

It is absurd to hear that the entire prosecution is shaken up as if there was a riot about Sabo as a member of the Legislative and Judiciary Committee of the National Assembly.

Organizational selfishness is also lacking, so we cannot help deploring the prosecution's behavior that shows collective action like an interest group.

Are you going to forget the powerful power of the prosecution and call the National Assembly a threat?

The act of paving their vested interests in the spirit of the Constitution is also absurd.

Prosecutors need to look back on why the people are demanding prosecutorial reform.

It seems to be 'that's it', but when there is a difference of opinion over the handling of the bill, it is a different story.

Prior to handling the controversial bill, according to the National Assembly Act, a subcommittee called the Agenda Mediation Committee can be formed to review the bill for up to 90 days.

In other words, before the appointment of Sabo, the agenda coordination committee should be composed of an equal number of 3:3 between the Democratic Party and the power of the people. This is because, if there is a standing member of the non-negotiating group, that member must be included.

In addition, Rep. Yang Hyang-ja applied for reinstatement after leaving the Democratic Party in July last year on suspicion of sexual offenses by an employee of the local office.

Even before Bokdang, you can actually see it in a 4:2 composition.

It is said that the Judiciary Committee is a 'legislative gateway' that deals with politically sensitive laws such as prosecutorial reform and the special prosecutor's law, and also has the authority to review the system and text of other laws such as the major constituency system.

So, the people's power is opposing the Democratic Party, saying that it is an "illegal sabotage" to deal with a bill related to prosecutorial reform called 'completely deprived of the prosecution's investigative powers'.

Of course, the Democratic Party's position is that there are many members of the non-negotiation group in the Ministry of Justice and the Judiciary Committee, so the position is to normalize this.

However, there are many interpretations that the Democratic Party put a halt to work to 'complete reform' ahead of the National Assembly in April, which is the last temporary parliamentary session before the shift in airlift.

Kwon Sang-dae, head of the policy planning department at the Supreme Prosecutors' Office, opened the door for the prosecution's backlash against the 'completed inspection' after the appointment of Sabo.

Director Kwon posted an article on the Prosecutor's internal network ipros, saying, "I would like to share the situation and the awareness of the issue related to the completion of the inspection."

The Chief Prosecutor's Office Policy Planning Division is responsible for planning the prosecution's work and handling the revision of laws and regulations.

Hello, I am Prosecutor Kwon Sang-dae, head of the policy planning department of the Supreme Prosecutor's Office.

(..) I understand that Saboim was explained to the effect that it was not for the handling of controversial bills such as inspection and closure.

However, there has already been a case in which the Agenda Mediation Committee was incapacitated through a similar form of publication in the Public Service Act, the Carbon Neutrality Act, the Private School Act, and the Media Arbitration Act last year.

I sincerely want to believe the explanation that this Saboim is not for that purpose, but I can't help but have other thoughts.

(..) The harsh reality that even a bill that disrupts the 70-year history of the prosecution and the system and shakes the foundation of the criminal justice system can be passed within a month if the majority party decides to do so. The plight of the members of our prosecution who have no choice but to apologize to the public and appeal to the unfavorable will of the people is very unfortunate and it is only sinful as a working-level worker.

(..) I am not saying this as a working person who did not anticipate such a situation in advance, but we ask that all members of the prosecution pay attention and give strength to move the hearts of the people who are watching us.

There are a lot of comments on Manager Kwon's post, but most of them are against the 'check-out'.

"The legislation that blocks the prosecution from verifying the facts is unprecedented in the world, and it is an act of destroying the constitutional order that makes it impossible for prosecutors to perform their duties stipulated in the Constitution. It is time to explain accurately to the people."

After Director Kwon's article was posted, statements from prosecutors were posted one after another on the internal network, so I'll just introduce a few.

"In the 500-year history of Joseon, Yeonsangun was the only one who denied and abolished the Saheonbu itself (which served as the prosecutor's office). Noh Jong-hwan, head of the Daejeon District Prosecutors' Office)

"Even if one of the chief prosecutor's level managers is to the point of posting a post with vomit, the reality is that the president, the chief prosecutor, the chief of the prosecutor's office, the chief of the Kijo department, etc. (..) I can't expect the spirit of President Mo, who said, 'Strike my neck', but he expressed his gratitude by saying, 'It's not like this at all' while performing that role as the head of the keynote department under the current government. Shouldn't there be a passive expression of opinion comparable to that of Prosecutor Moonmo?" (Lee Bok-hyeon, 2nd Criminal Division, Seoul Northern District Prosecutors' Office)

"Around a month before the launch of the new government, the global oil price and logistics I want to ask if it is so urgent to enact a law that will allow criminals to freely roam by making it difficult to investigate and punish crimes in the face of many issues that deepen the people's troubles, such as the uprising."

'Prosecution and inspection' is not an official expression used by the Democratic Party, but the word 'normalization of the prosecution' is used a lot.

Prosecution reform measures promoted by the Democratic Party include: ► The right to investigate six major crimes remaining in the prosecution (corruption, economy, public officials, elections, defense projects, and catastrophic crimes) The key is to abolish the law and leave only the power of prosecution to the prosecution.

It is said that the internal party review has not been completed, such as the issue of transferring the investigative power remaining in the prosecution to the Serious Crime Investigation Agency.

There is a strong argument within the Democratic Party that the reform of the prosecution should be completed by handling all the bills related to the inspection and completion of the inspection before the new government takes office.

However, there are different opinions on how to specifically reform, and there is a possibility of headwinds no matter what choice you make.

Following the relocation of the presidential office, the director of the Ministry of National Defense began in earnest.