Seven male and female middle school students who bullied a classmate with intellectual disabilities for nearly a year were handed over to the School Violence Review Committee. They fed him the jelly he had trampled on with his feet, and even spit on him with abusive language. 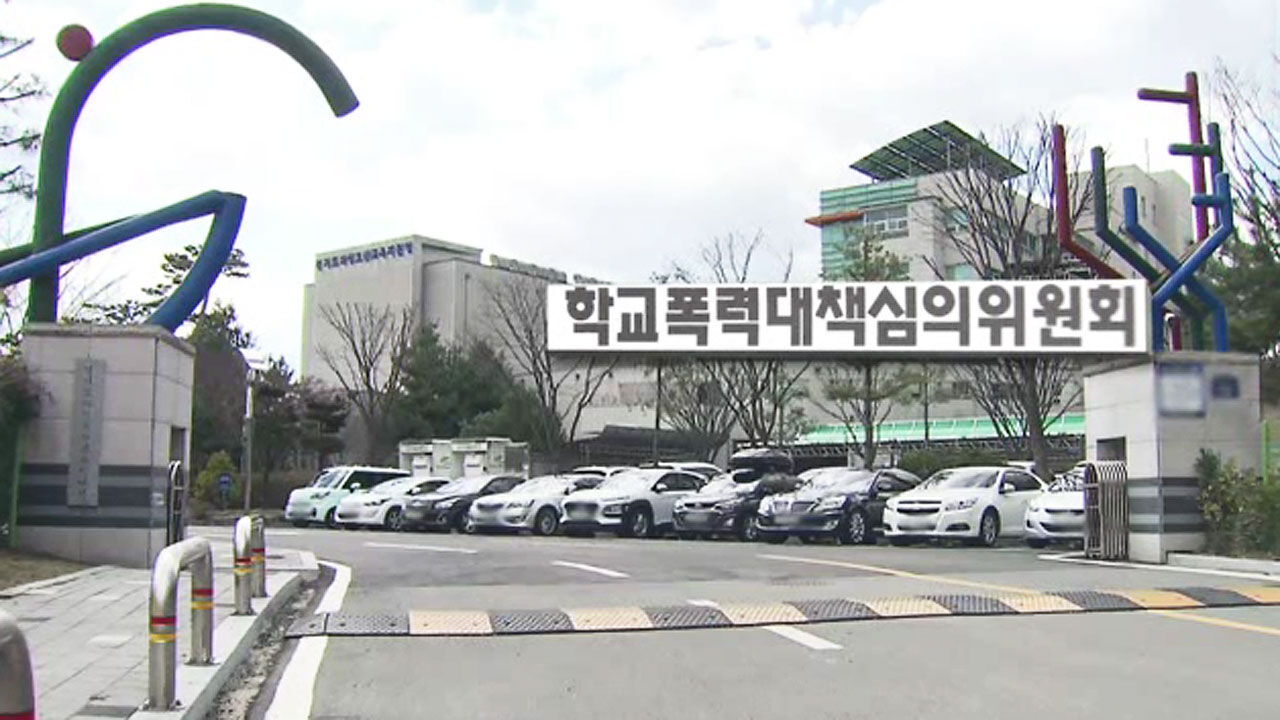 Seven male and female middle school students who bullied a classmate with intellectual disabilities for nearly a year were handed over to the School Violence Review Committee.

They fed him the jelly he had trampled on with his feet, and even spit on him with abusive language.

So, despite the report, the School Violence Review Committee was held two months later.

Let's take a look at the exclusive coverage of reporter Park Se-won, and ask more questions.

[Ms. A's mother: One of her friends took a picture with a pencil that day, etc.

Ms. A, who is grade 2 intellectually disabled, has no problem in her daily life, but her thinking and language skills are lacking, and she has suffered her own harm. I had a hard time telling you exactly.

full investigation was conducted against the students in the class, and testimonies of witnessing bullying poured in.

It is said that she fed Jelly A, which she stepped on without the teacher's knowledge in class, and threw garbage, indoor shoes, and volleyball balls at her during breaks.

[Min A's father: (Children with intellectual disabilities) do not know what it is and are constantly being hit.]

[Min A's mother: 'This is good' while beating him, then he is right and knows that it is good.]

Gyeonggi-do Hwaseong/Osan Office of Education On the 15th of last month, the School Violence Review Committee was held.

Six days after the report, the school requested to hold a bullying, but it was opened 9 weeks after that.

Some of the perpetrators denied the report at the bullying committee, and one student wrote that it was just 'playing' in an apology written as a result of the bullying.

One of the perpetrators was recently under investigation by the school for using violence against the victim he encountered in the hallway during the recent ban on retaliation.

[School officials: Retaliation is prohibited until graduation, but we are also embarrassed.

After this incident, Miss A has been taking classes only in the special class for disabled students on a different floor from the aggressor students.

Reporter Se-won Park who covered this content is here.

Q. Why was the school violence delayed?

[Reporter Park Se-won: The Office of Education Support explained that it was delayed because there were more than 200 schools under its jurisdiction, and it was processed in the order of reporting.

Combined, it can be extended up to 7 weeks, but in this case, the school violence was held after 10 weeks.

Another problem is that the exact deadline for processing is not regulated by law, but rather as a non-compulsory guideline.

It is because the victim generally suffers more as the violence is delayed.]

Q. Why did you go to a regular school?

[Reporter Park Se-won: Miss A is intellectually lacking compared to her peers, but it is said that she learns faster by looking at her friends.

So, her parents wanted Ms. A to hang out more with her friends, so she went to regular school from elementary school.

With the recent secondary assault case, she said that Miss A is living only in the special class for students with disabilities, so she is so heartbroken.]

Q. What about the officials of the education authorities?

[Reporter Park Se-won: The Education Support Office in each region conducts a human rights survey every year on students with disabilities who attend general schools like Miss A.

It is known that this investigation was conducted even when Miss A was being bullied.

Even though counseling has been conducted, it seems that Ms. A has not been able to properly recognize and express the fact of the damage herself.

If the student's language ability is insufficient, the investigation is carried out together with the parents, but the mother of both A said that she had no memory of being investigated together.]