A fire in a high-rise apartment building in Dongdaemun-gu... 1 dead · 60 people evacuated

A fire broke out in an apartment building in Dongdaemun-gu, Seoul this afternoon. A fire soared on the 7th floor of a 25-story apartment, killing one person and evacuating dozens of residents to the rooftop. 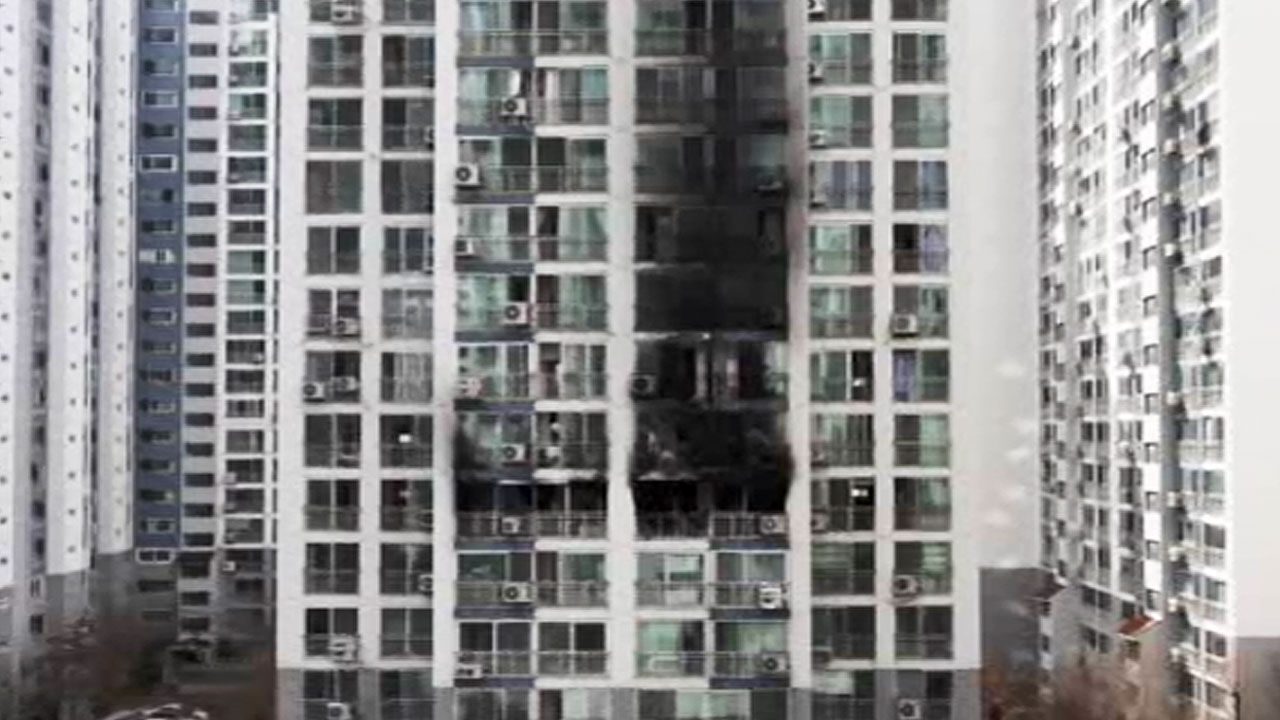 Today (26th), a fire broke out in an apartment in Dongdaemun-gu, Seoul.

A fire soared on the 7th floor of a 25-story apartment, killing one person and evacuating dozens of residents to the rooftop.

Smoke billows out of the apartment window with red flames.

[Oh, it also spread to the stomach.]

Today, around 12:30 PM, a fire of unknown cause broke out on the 7th floor of the 25th-floor apartment in Jeonnong-dong, Dongdaemun-gu, Seoul.

It is the scene of the fire.

About 60 residents in the apartment at the time evacuated to the rooftop to avoid the fire.

[Apartment resident: The fire was so big I thought the whole building was burning.

The smoke spread so suddenly that it happened in an instant.]

A woman in her 40s who was in the house on fire died, and four residents were taken to the hospital due to inhalation of the smoke.

Police and fire departments plan to investigate the exact cause of the fire through on-the-spot forensics.

Merchants block and block the front of the excavator.

One merchant injured his arm and fell to the floor.

In the Majang-dong Food Alley, where a big fire broke out on the 19th, the ward office service and merchants who were trying to install a safety fence continued a confrontation until dawn.

[Lee Heung-won / Majang-dong Food Alley Merchant: We unilaterally restrict the passage of those who have made a living in this alley for 40 years (we are).

In the process, one merchant was injured and taken to the hospital.

The ward office explained, "For the safety of residents, we were just trying to install a fence at night when there are fewer customers."