At the end of last year, the cafe's CEO and employee were arrested in protest against the government's restrictions on business hours. Hundreds of guests escaped punishment. 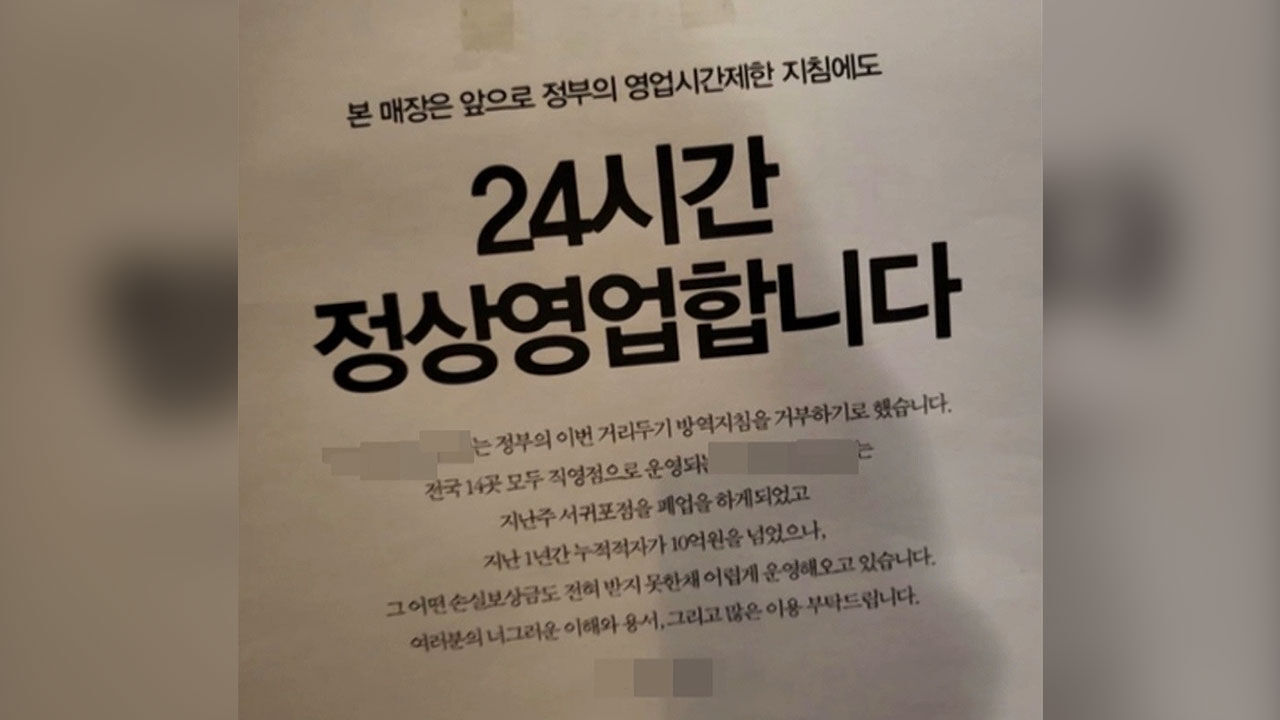 At the end of last year, the cafe's CEO and employee were arrested in protest against the government's restrictions on business hours.

They are accused of operating 24 hours for three days in three places, including a cafe in Songdo, Incheon, despite the government's 9 p.m. business restriction in December last year.

Customers who use the cafe during this period are also subject to a fine of 3 million won or less.

As a result of the investigation, there were 401 credit card payments made after 9:00 p.m. at three cafes.

Police tried to raid the credit card company to verify the identity of the customers, but the court dismissed the warrant.

The court is said to have determined that 'the degree to which the guests violated the law was not serious enough to punish criminals by issuing a search and seizure warrant'.

Accordingly, the police plan to close the investigation into the customer and hand over the representative and employees to the prosecution soon.