The iPhone 14 will repeat processor

The world of technology is unpredictable but until now there was a maxim that could be trusted: new iPhone, new processor. Since the introduction of the A4 in 2013,... 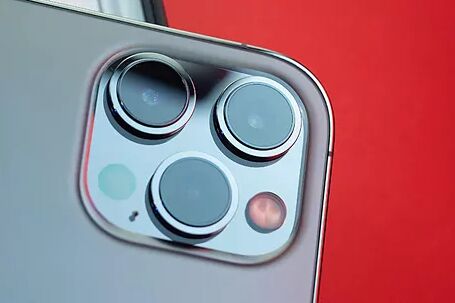 is unpredictable but until now there was a maxim that could be trusted: new

Since the introduction of the A4 in 2013, every year Apple has accompanied each new generation of its phones with a more powerful version of its processors.

This year, for the first time, that strategy could change.

According to Ming-Chi Kuo, an analyst at the consulting firm TF International Securities and considered one of the most reliable sources on

due to his contacts in the company's supplier and supply chain, Apple will have

in the iPhone 14 that it announces. this year.

, which would correspond to the evolution of the current iPhone 13 and iPhone 13 Mini, will be equipped with the same

as the 2021 phones. Apple will also have an A16, a new version of the processor manufactured with a process of more advanced and efficient integration, but it will only be available on the

All phones, yes, will come with 6 GB of RAM, but the cheapest models will use LPDDR 4X while the most advanced will opt for LPDDR5, a much faster memory.

These phones will be complemented by a Pro version with the same dimensions (and with the new processor).

The phones will also debut a new camera module that could be a bit thicker but will feature a more powerful 48-megapixel sensor instead of the 12-megapixel current iPhone.

The other rumor for Apple's big fall event, the time when the new generation of iPhone is usually presented, is that the company

will withdraw the Apple Watch 3 from the catalog,

which it began selling in 2017 but has kept as the option cheapest within this family of accessories.

this year, and Apple has therefore decided to stop selling it.

In its place, Apple will present a

, also at a lower price, and will complement it with an Apple Watch 8, which, this year, will also have an edition with greater protection for adventure and extreme sports.

HowHow can I locate a lost or stolen mobile

TelephonyIt's not you, mobiles are getting more and more expensive

AnalysisiPhone SE 2022: as powerful as the most expensive iPhone