From the circus to the tablao, 10 'different' restaurants to eat luxury

Eating is no longer just that, but an entire experience in which the recipes that are tasted and the wines that are savored are as important as the attention (read service) that is... 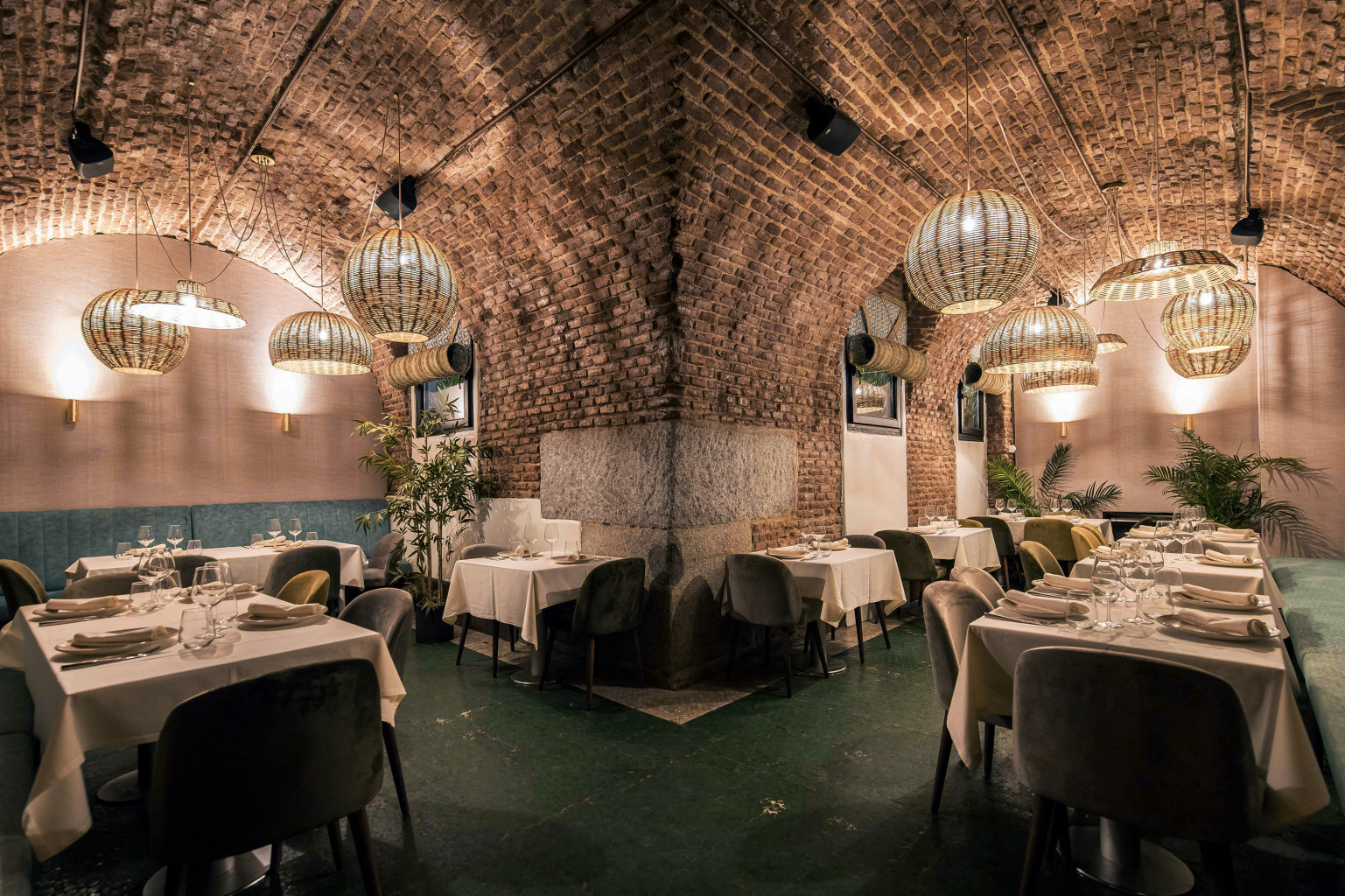 Eating is no longer just that, but an entire experience in which the recipes that are tasted and the wines that are savored are just as important as the attention (read service) that is received and the environment in which all this takes place.

And it is that when enjoying a meal

, each of the senses comes into play, also the aesthetic one

Hence, the hoteliers strive to offer unique and singular spaces and locate their restaurants in

be inspired by circuses of a lifetime;

recreate World War II bunkers, a Japanese market and even a beach in a landlocked city.

Here are 10 examples of it.

The caves of Arrabal

The setting could not be more historic, the Plaza Mayor.

This dining room, by the Galician Yago Suárez, has La Terraza;

La Galería, for an informal proposal, and La Cueva,

made up of private rooms with exposed stone and brick walls.

, where the king is the product, which they treat with care.

The menu does not lack a wide range of starters to share (from tempura trammel prawns to clams from the estuary), rice dishes, pasta and meat, in particular

its beef tenderloin cachopo with cured meat and goat cheese, winner in 2019 of the national championship

and the one that offers two menus.

In Arrogante they bet on Italian cuisine with signature twists.

"Come in and see"... "And eat", could be added to the iconic circus phrase to talk about this dining room which,

like all of the SLVJ group, has a spectacular interior design

the inspiration comes from the circus

: mirrors, velvets, tent-shaped ceilings from which little horses hang that go up and down like a merry-go-round.

Here, like the other SLVJ venues, there is no lack of

time : up to six shows per night, with

and characters inspired by the

classic Italian cuisine with hints of signature and premium products

brought from the transalpine country and also from Spain, with a menu designed by

The cocktail bar deserves a special mention, from the hands of

(Best Bartender in Spain by the World Class Competition 2019)

The vertical garden of Bálamo.

In this seafood restaurant in Alcorcón (4,200 m2, that's nothing) one can

The macro-space, the work of the prestigious architect

, is not only a commitment to design, but also to

offsets part of the carbon footprint

produced by the activity of the premises.

Specialized in the national marine product, its

seafood is famous, in addition to its varied fish proposal

group , opened its doors just four months ago in a

beautiful space with a history

that has had many lives.

It was a dungeon for the Inquisition, a hermitage for Templar meetings,

a chapel attached to the church of Santa Cruz,

the first headquarters of the Stock Exchange (1850)... And, since the end of October, a beautiful restaurant in which they have maintained the chapel and

the mezzanine where the choir used to be

It has several spaces:

in the chapel redecorated in the style of the Tuscan villas of the Italian Renaissance, but with a modern touch - is the main room;

(on the second floor), a more welcoming and intimate area that has its own bar, and

, in the underground cave, which will soon become the

scoundrel bar . And what can you eat here?

From tartufo carpaccio and squid sandwich to pasta and stews (cheek ragout), passing through risottos, meats and fish.

CORRAL OF THE MORERIA

the best flamenco tablao in the world

-founded in 1956 by their parents, Manuel del Rey and the dancer Blanca del Rey- houses the haute cuisine of D

avid García, a Basque chef trained in the kitchens of Martín Berasategui

and that passed through El Bulli and Mugaritz, today almost in a state of grace.

From this small and pretty dining room with exposed brick walls and beautiful photos of the matriarch,

with a Michelin star

, you can't see the stage, but the two tasting menus, delicate and pure flavor, that reach their tables are a spectacle. :

its spectacular cellar, with a unique collection of sherries, old and very old

And, if you're into revelry, at

Tablao you can enjoy live flamenco

and a more informal culinary proposal, but with the essence of the gastronomic restaurant also designed by the Bilbao chef in the form of three menus (

It is located in

what used to be the oldest hardware store in the capital

who fell in love with the unique space.

It has two areas: L

eña-Bar, at street level and the hardware store itself

, very well restored and preserved, and

on floor -1, which function as conventional dining rooms for lunch and dinner;

works of art by Dalí, Chillida or Cristina Iglesias

On the tables above and below, a traditional cuisine with first class national product parades.

In addition, they have

under a luxury tent in the heart of the Salamanca district.

Included in Galerías Serrano, a project by businessman

, which also integrates the unique Carallo Bar, what do you eat in this space with waterfalls, a

terrace with a bar, hookahs

Running Sushi in Market is inspired by the Japanese market in Tsukiji (Tokyo).

Entering this spectacular 600 m2 venue and

moving to the Tsukiji market -the most famous in Tokyo-

and the street stalls that surround it is all one and that we are almost 11,000 kilometers away.

On the ground floor, there is the

(below, cold dishes such as makis and uramakis; above, hot dishes such as tempuras, rice dishes and noodles) that run through the 50 tables of the premises and

at a fixed price.

And, if you prefer to escape from the hustle and bustle of the street, on the upper floor there is another space

inspired by a traditional Japanese house,

If The Refrescos started their musical career today, they couldn't sing

"Wow, wow! There is no beach here"

, because since June 2021 in Madrid there has been.

At least in this macro local in Alcorcón that, invaded by the

spirit of a beach bar, has a dining room, bar, terrace and beach

although these days of haze it

(thai squid crackling or Iberian pork crackling), pizzas, hamburgers and, for the most carnivorous,

The space is set in a Japanese refuge, in Yugo The Bunker

offers something in his unique restaurant -one Michelin star- dedicated

it is a unique and singular experience.

Singular in gastronomy, with an

aesthetically unique with its two areas: an

, the traditional Japanese tavern, at the top and downstairs,

a bunker decorated as a Japanese refuge

, which includes three more dishes (squid tartare with scallop and caviar and two tacos, one of red prawn with essence of its coral and another of goose foie).