The number of confirmed cases exceeded the forecast... Provisional conclusion of '8 people - 11pm'

The number of new coronavirus cases soared to 600,000 yesterday. This is almost twice the size of the peak predicted by the government. As of yesterday, the death toll also increased by more than 200 from the previous day, a record high. 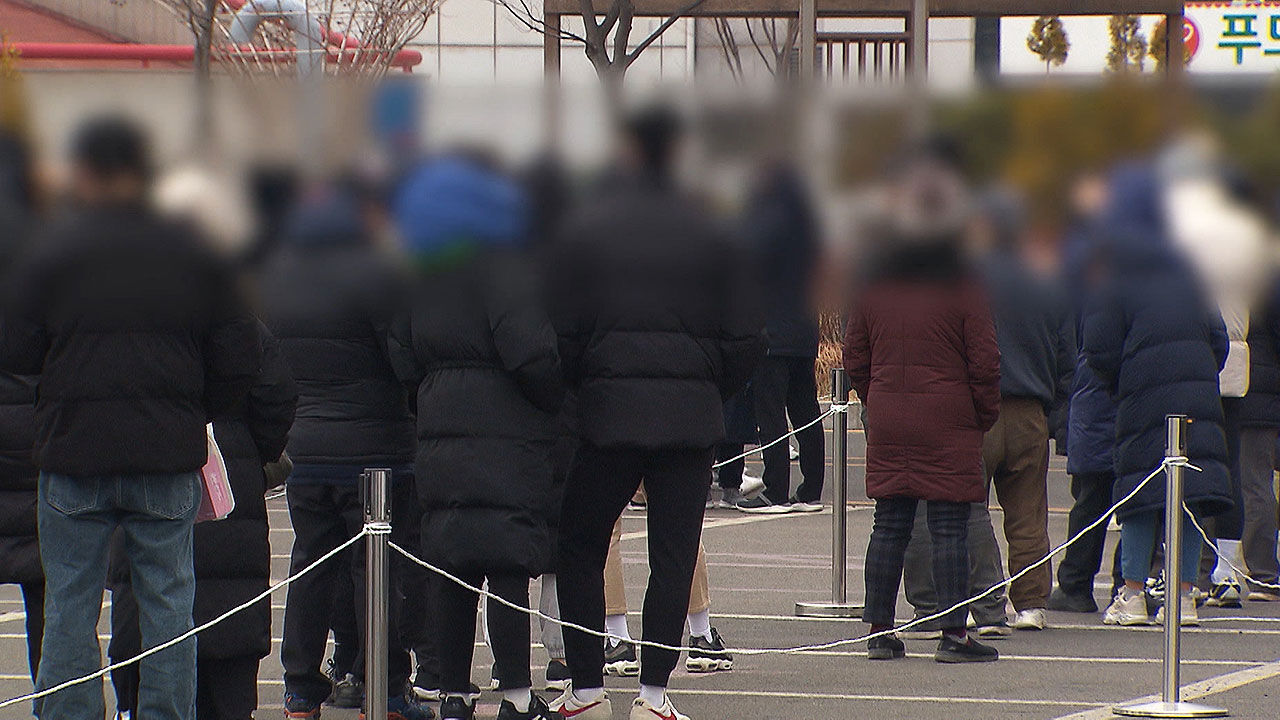 This is almost twice the size of the peak predicted by the government.

As of yesterday, the death toll also increased by more than 200 from the previous day, a record high.

Despite this spread, the government is expected to ease the number of gatherings to eight people.

The distance adjustment plan will be announced today.

Of these, 70,000 included omissions due to a counting error the day before, and the government explained that 550,000 were normal new cases.

There are 620,000 confirmed cases per day, accounting for 1.2% of the country's population.

[Lee Sang-won / Head of Epidemiological Investigation and Analysis Team, Central Quarantine Countermeasures Headquarters: We have been preparing for an increase in patients after Omicron prevailed, but we apologize for the larger-than-expected increase in patients.]

The government explained that due to the delay in reporting the death, the omissions were added up over a few days.

Only the number of severe cases decreased slightly, but it is around 1,000 for the tenth day.

The average daily number of confirmed cases over the past week was 387,000, exceeding the government's peak estimate of 372,000.

The government is recalculating its forecasts and says the forecast for next week's peak remains the same, but the peak period could be longer.

The reason for the explosive increase in the number of confirmed cases was that the amount of rapid antigen testing in hospitals increased significantly and that it had spread to stealth Omicron.

[Lee Sang-won / Head of Epidemiological Investigation and Analysis Team, Central Quarantine Countermeasures Headquarters: (Stealth Omicron) As of March 2, (share) is 26.3%, and it is gradually increasing.

Although it shows a 30% higher transmission power, there is no difference in severity or hospitalization rate…

Amid criticism that the easing of quarantine has caused an explosion, the government will announce a plan to adjust the distance to be applied from next week tomorrow.

The number of private gatherings has been increased by two more, up to a maximum of eight, but it has been tentatively decided to keep the business hours at 11 pm.