41% of Seoul's area 'ashes'... The amount of damage is the largest in history, the reason 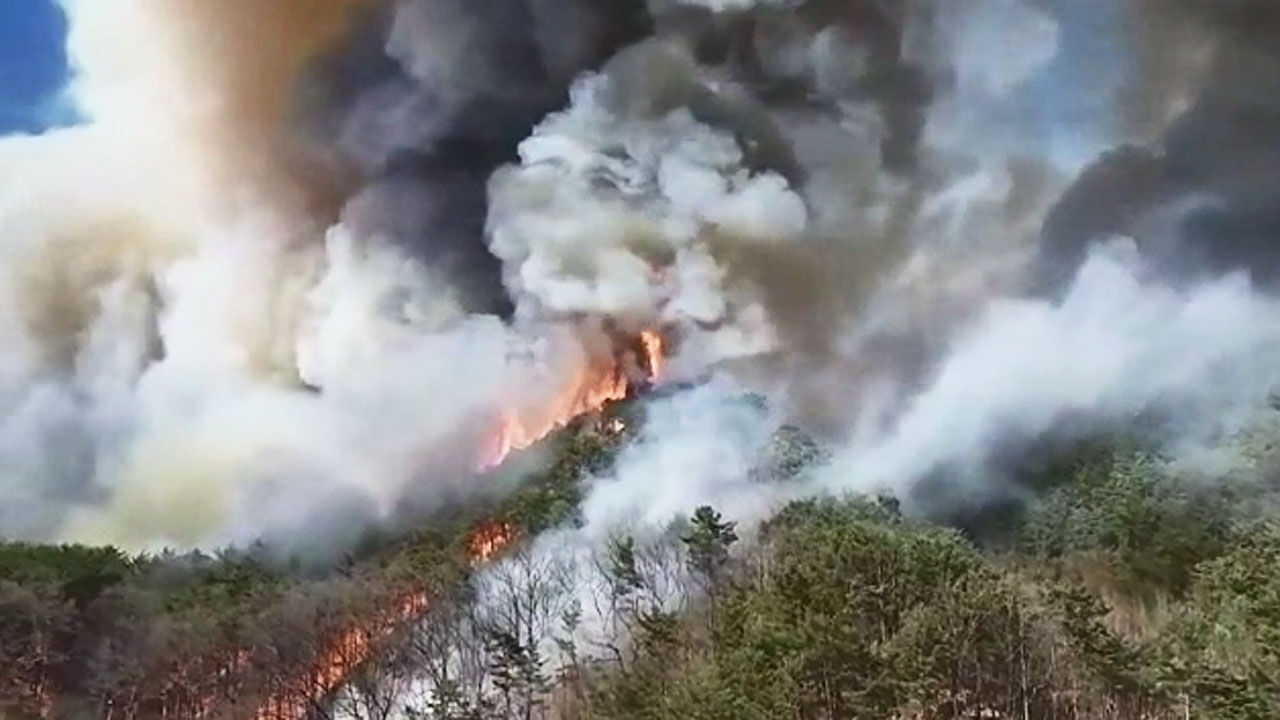 Reporter Jeong Ban-seok pointed out why the damage was so great.

The fire that started in Buk-myeon, Uljin-gun, Gyeongsangbuk-do on the morning of the 4th spread rapidly with strong winds.

It threatened the Hanul Nuclear Power Plant and covered National Road No. 7, then went up to Samcheok City in Gangwon and spread to the vicinity of the Samcheok Base of Korea Gas Corporation.

The next morning, a man in his 60s set a fire in Okgye-myeon, Gangneung-si, Gangwon-do, and it spread with the wind and engulfed the East Sea.

The Uljin wildfires continued to threaten residential areas and the Geumgangsong colony in the southern sea again.

There were no casualties, but 24,940 ha was burned if Gangneung and Donghae were included.

The single wildfire is the largest ever, surpassing the 2000 East Coast wildfire, which caused the most damage.

In dry atmospheric conditions, strong winds exceeding 25 m/s in an instant changed even the direction of the wind, causing the damage to grow out of control.

[Choi Byung-am/Director of the Korea Forest Service: As the dry weather and strong winds rapidly spread to national infrastructure such as Uljin Hanul Nuclear Power Plant and LNG gas base, and to densely populated areas…

As the main fire of the Uljin wildfire is caught, the investigation to determine the cause of this fire is expected to accelerate.

Authorities are investigating the four vehicles of the suspect, believing that there is a high possibility of a misfire caused by a cigarette thrown from the vehicle.