Travel to the smallest (and most beautiful) medieval city in Spain

Frías is actually a tiny town in the north of the province of Burgos where about 250 people live. However, the town framed in the region of Las Merindades... 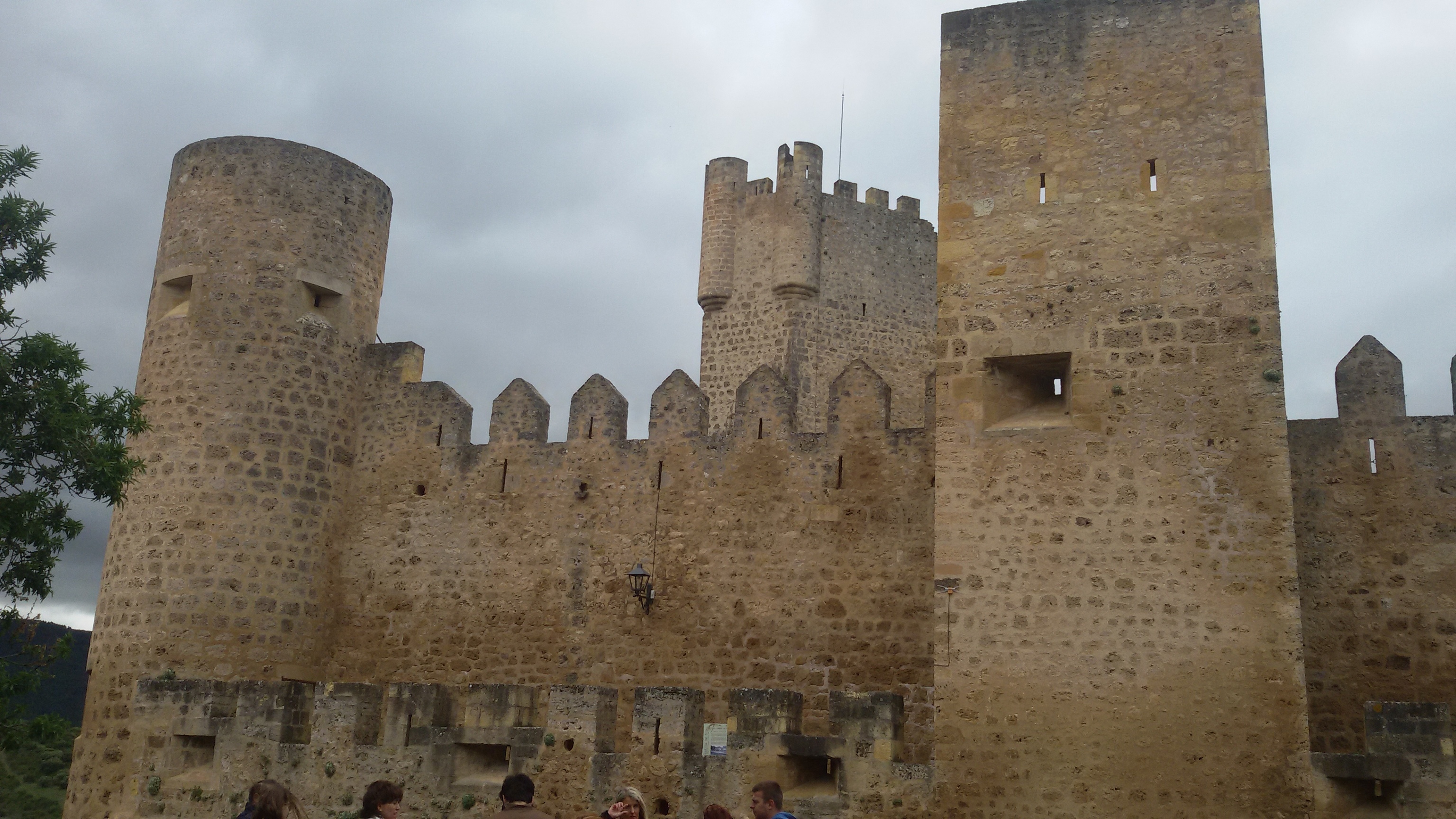 Frías is actually a tiny town in the north of the province of Burgos where about 250 people live.

However, the town framed in the region of Las Merindades has held

the title of city

since 1435, a distinction granted by King Juan II of Castile that makes it

the smallest city in Spain

It is not his only recognition.

the most beautiful towns in Spain

Reasons are not lacking.

In addition to being nestled in a privileged natural environment, dominated by the Ebro River, Frías has an overwhelming historical and artistic heritage, headed by its castle and main church, classified as a Site of Cultural Interest.

Between the castle and the river

During the Middle Ages, Frías was a strategic location for crossing the Ebro, which is why its most emblematic enclave,

the Castle of the Dukes of Frías

or the Velasco, is located on top of La Muela hill.

The fortress built between the 12th and 15th centuries

the historic center of the town, whose medieval streets descend the hillside maintaining a perfect balance until they reach the river.

Declared an Asset of Cultural Interest, the fortress shows the model of defensive architecture and is crowned by the majestic keep, which has become the symbol of Frías throughout Spain.

Inside there is a vaulted room lit by a barred window with an arch typical of the last stage of the Gothic.

There is also a terrace from which you can enjoy incredible views of the villa and the entire Tobalina Valley.

Entrance to the castle: 2 euros.

The steep slope of the hill imposed the particular layout of streets and buildings of Frías, which gave rise to another of the icons of this medieval city: a beautiful set of

With a ground floor and two or three storeys, these tuff and wood buildings have taken advantage of the small space provided by the large rock on which the upper part of the City sits, so that it seems that they are part of the precipice.

One of the best places to admire this architectural framework is from the south side of the city.

Squares, alleys, arcades, laundries, hermitages and facades with balconies complete the charming historic center of Frías, which is a must-see, which also includes the

, located at the other end of the city and which, together with the castle, forms part of the

Only a few remains of its original Romanesque construction remain, since after the fall of its tower in 1906 a new one was built.

Today, it has a mixture of styles.

Inside, three altarpieces stand out: the Cristo de las Temptations (baroque), the Soledad and El Mayor (neoclassical), and the Visitación chapel, protected by a wrought iron grille, which houses a 16th-century altarpiece from the painter Juan de Borgoña and two tombs with plateresque ornamentation.

Panoramic view of the Church of San Vicente and the hanging houses.

Among the remains of the

that defended the city, there are three access gates, which still remain, that of Medina, that of the Postigo and that of the Chain.

In the lower part of Frías, there is one of the most beautiful places in the city, with one of its most important monuments:

, which crosses the Ebro. 143 m long and with nine arches, its origin was built Roman, although it was rebuilt several times in the Middle Ages;

XIV was equipped with a defensive tower in the central part.

The Roman road passes through it, an ancient communication route that was very important for trade between the Meseta and the Cantabrian coast.

Next to it there is a recreational area with a picnic area and several stone tables and a barbecue.

The beauty of the places that surround Frías invites you to explore them, even on foot, especially the route that leads to the little town of

The Molinar River, crossed by a Roman bridge, is the protagonist of this town of about 20 inhabitants, along with its hermitages and the rapids used since the 13th century to move mills.

But the biggest attraction for nature lovers is the set of waterfalls and waterfalls that the river describes as it passes through the municipality.

On the outskirts of Frías and with magnificent views of the city is this stone house that is part of the old Santa María de Vadillo Convent, founded in the 13th century and administered by the Canons of San Agustín.

Surrounded by a beautiful garden with a stone barbecue grill, the house has three double rooms decorated in a classic Castilian style.

Black pudding, Burgos cheese, lamb or rotten pot are some of the typical dishes of Burgos cuisine.

Specifically in Frías, one of the most typical snacks is the Frías black pudding with red peppers.

To eat homemade dishes with products from the garden and meats such as lamb,

Roast suckling pig and lamb are the specialty of

(Quintana Martín Galíndez, Frías. Telephone: 627 63 50 60), a restaurant with two interior dining rooms and one exterior that has a daily menu and à la carte food.

PlansGetaway to the paradise of zambombas, tabancos and fortified wines

PlansFive proposals to enjoy the first week of the year