Sharing scientific knowledge with the public and getting them to play a role in research means partly ensuring the preservation of their environment and, among the youngest, instil… 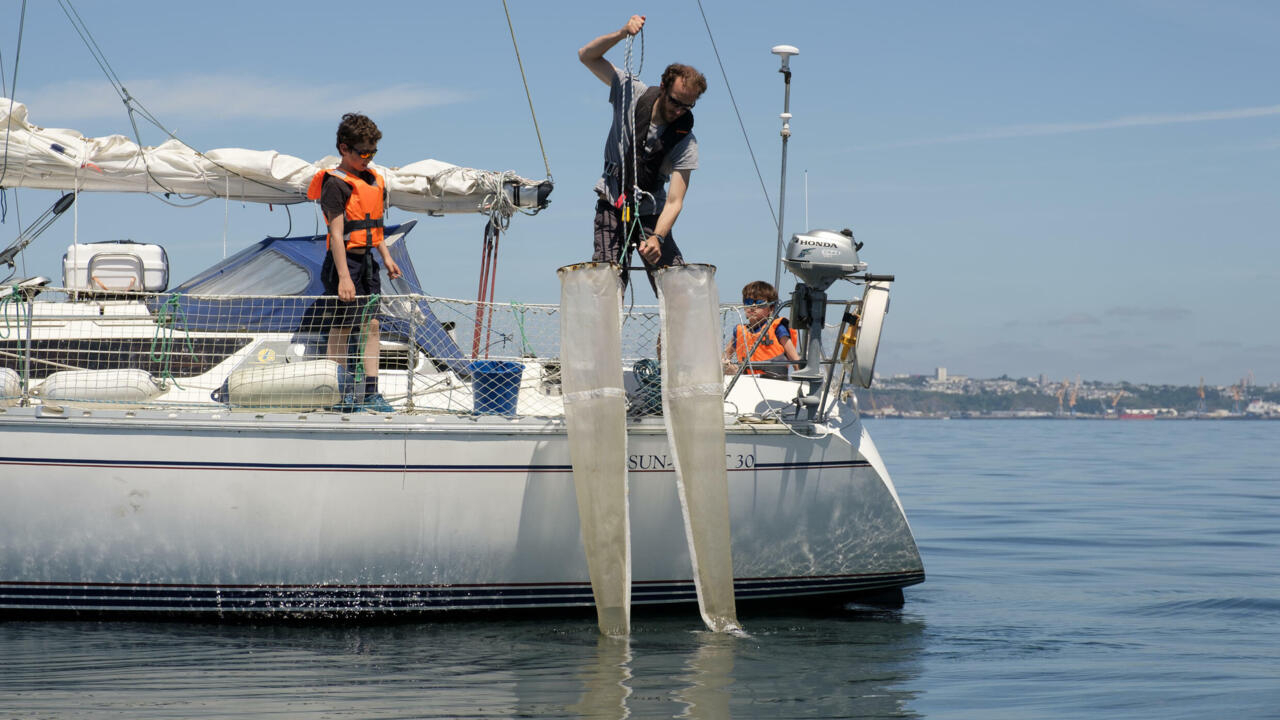 A yachtsman and his two boys take a plankton sample in Brittany.

Sharing scientific knowledge with the public and getting it to play an active role in research means partly ensuring the preservation of their environment and, among the youngest, instilling the desire to take care of it.

This is the unanimous observation drawn up by a dozen scientists involved in participatory science projects.

At the Oceanopolis in Brest, on the occasion of the One Ocean Summit, they recounted their experience as knowledge brokers.

From our special correspondent in Brest,

The magical archipelago of the Marquesas Islands (French Polynesia) drowns in the middle of the Pacific, equidistant between Australia and the Equator.

It's the most isolated in the world

However, even there live women and men, "

they are 9000 distributed in six islets on 26 villages

A space devoid of the stigmata of civilization, preserved from the damage of outrageous consumption?

No, answers the anthropologist and professor at the Natural History Museum (MNHM) in Paris, modernity has caught up with them.

There are different types of threats to the Marquesas.

They can come from outside, such as the overexploitation of factory ships, particularly Chinese ones, because there are a lot of high quality tuna.

But also from within, and that is what the Marquesans themselves see and express.

Previously, they just took what was necessary to eat, when there was no means of refrigeration.

Today, they tend to fish more because they need finance to buy gasoline, to pay for their children's school, boarding schools.

They therefore feel this increasing exploitation of resources and are worried.

Although there is no official stock assessment, the Marquesan population reported, in a 2016 survey, the decrease in the abundance and size of lobsters, chitons, crabs and seaweed, "

even in the smaller valleys

However, when a fish disappears, a whole section of the culture vanishes with it.

Cooking recipes, medicinal knowledge, tales and songs around the species, words even in the Marquesan language for each species.

So there was really a strong stake in safeguarding this maritime territory.

Since 2012, the Polynesian government has been pursuing two ambitions for the Marquesas: the inclusion of the archipelago on the UNESCO World Heritage List and the creation of a marine protected area, which would be one of the largest in the world ( 430,000 km2).

A real sea serpent since ten years later, neither of the two has been made.

But it is in this perspective that the Palimma

mentioned by Frédéric Chlous fits: between 2013 and 2015, the teams looked into the vision that the Marquesan population has of the challenges of protecting the cultural heritage linked to the coast and the sea.

We moved from valley to valley and, from maps, we asked them to locate all the places where there was a link with the sea.

” Nearly 1,200 heritage items relating to the sea were surveyed, and 600 people took part in the Palimma project.

The Marquesans, people of the ocean, have gradually reclaimed a maritime culture that was tending to disappear.

During an annual festival, we were then able to see again dances, tales linked to the sea

This anthropological work in the Marquesas Islands is an example of the appropriation of knowledge by the populations.

The researcher builds knowledge for science, of course, but also for the benefit of populations and for decision-making

In addition, it is thanks to Palimma that the marine educational areas were born.

After seeing scientists at work on the island of Tahuata to study the establishment of the protected area, the children of the primary school in the village said to themselves: "but we also want to manage, we want to forbid our parents to be able to fish here, to put garbage cans there".

For the first time in the world, children took up the question of their environment and were able to manage a maritime space, became aware of the issues and experimented.

This system of educational marine areas now allows young people to manage a small coastal maritime area in a participatory and ecological way to better understand their environment.

Since then, 261 educational marine area projects have appeared in mainland France and overseas, under the responsibility of the French Office for Biodiversity.

Citizens at the crossroads of science

If you ever see beachgoers in boots with their noses bent towards the ground, they may be

volunteers looking for... sea lines. A funny name for something terribly banal: they are these algae stranded in decomposition on the shores.

Which sometimes put off for their smell and the flies that circle around.

And yet, they too are not there by chance, explains Isabelle Viol, of the Natural History Museum, which oversees the action: "

they decompose by lots of micro-organisms which will enter the food chain by serving as feed birds, fish and provide nutrients, which eventually return to the sea.

» Seaweed that also serves as a nesting place.

All this allows animal species to maintain their presence.

Living Beach is a research program that crosses two disciplines: ecology and human and social sciences.

The first pole aims to understand how climate change and the impacts caused by man (mechanical collection of algae, pollution) affect or modify this marine ecosystem;

the second pole aims to study how the participants, young or old, appropriate the coast.

In other words, it kills three birds with one stone: acquisition of scientific knowledge thanks to the active participation of eco-citizens who, by discovering little by little the functioning of this ecosystem, will understand the usefulness and interest of protect, when, the summer before, they had nonchalantly kicked a pile of dead seaweed.

Now armed with a quadrat [frame], the apprentice scientists will frame the algae on a square meter and study them patiently using technical sheets.

Concretely, it is a question, in a playful way, of carrying out a real scientific protocol, baptized Alamer adapted, the beginners then becoming experts.

The large amount of data collected will help scientists understand the global changes at work on the beaches.

The program, launched in 2019, has already spread across the entire French coast with hundreds of operations.

Participatory science is not new.

Since 1967, for example, the Wetlands International

now lists 180 countries and tens of thousands of volunteer observers.

But digitization, technological progress, the development of research, social communications and, more recently, the importance of sharing the burden of the fight against climate change have largely favored its outbreak.

is a model of its kind.

It takes place, again, in Brittany.

This time, it is not on the beach but on boats that the amateur researchers will take samples of plankton.

To take these samples, “

the yachtsman receives GPS coordinates in the harbor of Brest, Lorient or Concarneau, he must go there at 12:17 p.m., take the samples with the physico-chemical parameters and bring everything back to the dock.

There, the scientists process the samples to analyze them in the laboratories

Originally, the project was solely for educational purposes: “

to show the public what a drop of water contains: life, plankton, animal and plant, which represents 95% of marine biomass

Then the biologists, interested in multiplying the sampling points, approached the boat owners.

we have been able to measure changes, variations, in this planktonic community at the different sites.

Our data are not yet sufficient to determine the factors: are they anthropogenic?

Or do we see the effects of climate change in the harbours, the bays?

It takes a few more years.

In any case, the involvement of boaters is passionate.

This community has learned, becomes expert

Hired by the French state to explore the abyss, this research institute based in Brest brings back from its campaigns thousands of hours of video from the dark depths, where life teems in our almost total ignorance.

Participatory sciences, barge of passage between ignorance and knowledge.

To understand the world, to support all fellow citizens in these environmental, societal and economic transformations that we are experiencing, it is important to have the keys.

Today, the perception of

, of the invisible, of plankton, of algae, which was not very glamorous for the public to whom we preferred to talk about polar bears or large cetaceans, has changed.

There is an awareness of this less visible, unknown biodiversity but which also makes it possible to explain ecosystems, and this is fundamental

Tomorrow, all scientists for the preservation of the common good?