"I don't have any bites on my arms, legs, buttocks or whole body. I'm glad he didn't die..." On December 10, last year, around 3:52 pm, a quiet alley in a residential area in Udu-dong, Chuncheon-si. 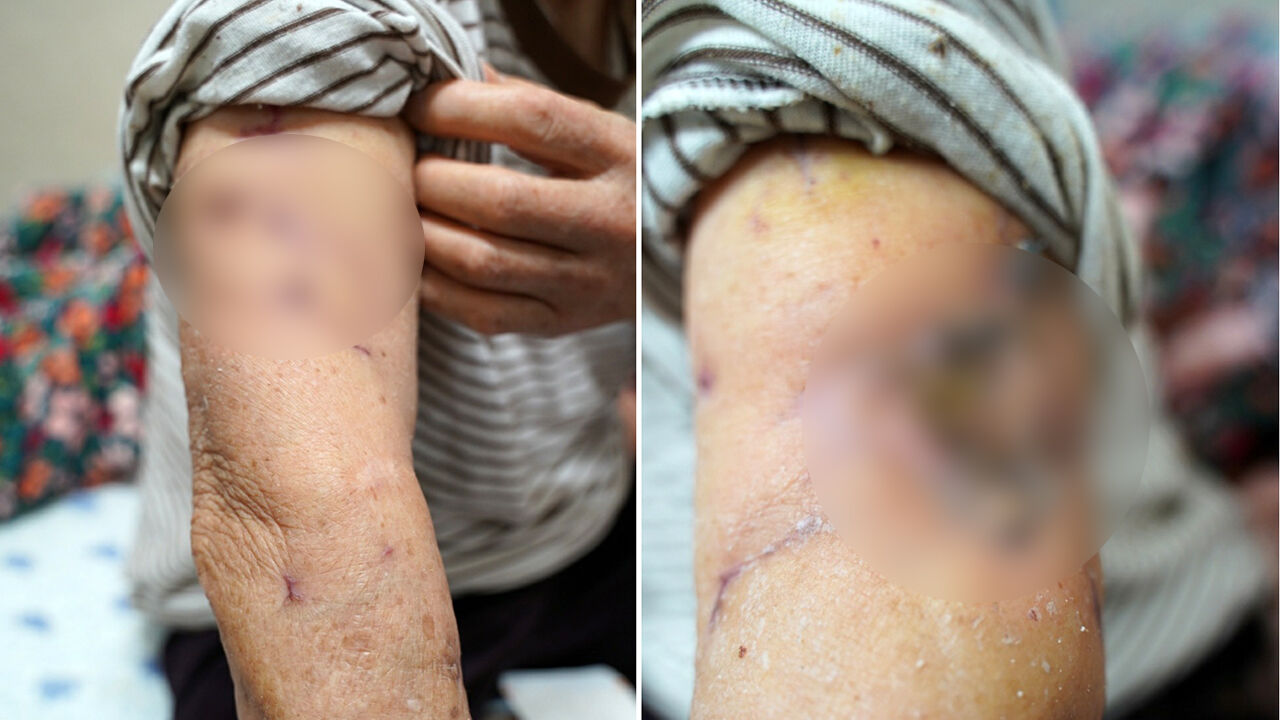 On December 10, last year, around 3:52 PM, a quiet alley in a residential area in Udu-dong, Chuncheon-si.

A (85, female), who was at home all day without being able to go to the senior center due to the spread of Corona 19, went out for a walk with a feeling of frustration.

At that moment, three hounds without a leash ran up to Mr. A and bit his whole body without mercy.

In a situation that happened in an instant, Mr. A had no choice but to be helpless.

The hunting dogs' 'onslaught' lasted for about two minutes and ended when a car just entered the alleyway and dispersed.

Mr. A was rushed to the university hospital, but due to severe wounds that were deep enough to reveal her bones, she was transferred to a specialized hospital in Seoul for surgery and treatment.

She was discharged at the end of January this year after undergoing a skin transplant and sutures, and after 45 days of hospitalization.

The hounds that bit Mr. A are wild boar hounds raised by a nearby jeopsa.

The dog owner euthanized the three hounds in question, but they are still raising three more, so residents are reluctant to go out for fear that 'the same may happen'.

Fortunately, hospitalization and treatment costs were covered by insurance covered by the dog owner, but Mr. A suffered incurable wounds in his old age to the extent that he could lose his life.

The dog owner apologized to the victim's family and said that he was willing to euthanize the remaining hunting dogs if he wanted to.

As soon as A's treatment is over, the police will soon summon A and the dog owner in turn to investigate.

On May 22, last year, in Namyangju, Gyeonggi Province, a woman in her 50s was bitten by a large dog at the entrance to a hillside, and in February, a part-time worker at a dog cafe in Anseong, Gyeonggi-do was bitten by a dog.

As in the case of A, if you have suffered damage to a dog, the owner of the dog can be punished for negligence.

In August 2019, in Namyangju, a dog owner who did not put a hunting dog in an iron cage and put it on a leash and did not seal the hole in the gate properly, and then cut the leg of an old man in his 70s walking nearby, was sentenced to prison for serious negligence. I also received