In recent months, series that are very worthwhile have been released on Amazon Prime Video, Netflix, HBO MAX, Movistar + and Apple TV +. Here are 8 productions to enjoy and... 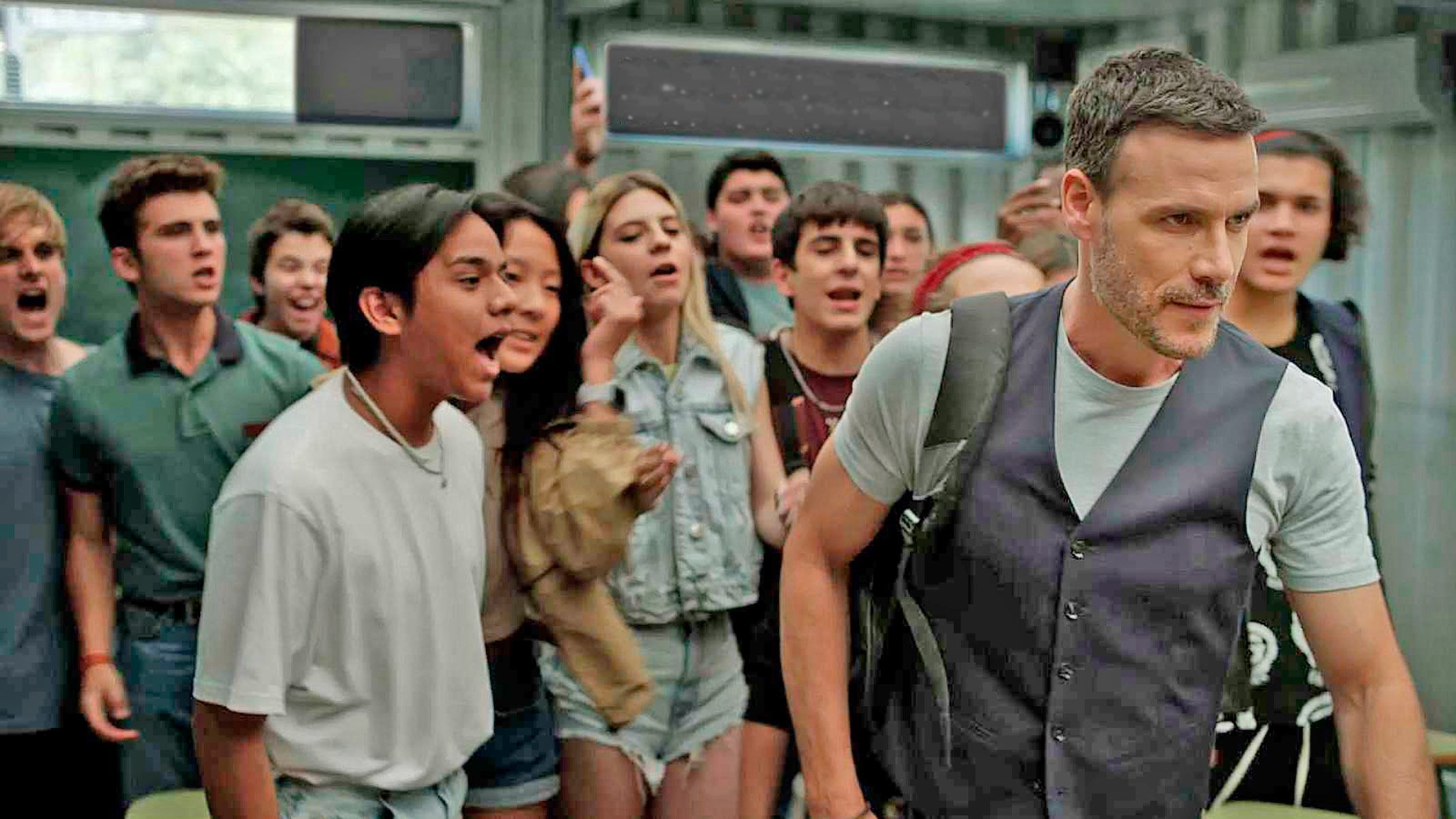 series that are very worthwhile have been released on

Here are 8 productions to enjoy and be able to talk about them.

After its successful run on La1, this Spanish series comes to Disney+.

Its protagonist is Daniel Grao

, turned into a high school teacher who uses unconventional methods to

'get on track' with some teenagers

who seem very lost in life.

An atypical, stark and very realistic portrait of what is happening in many high schools today.

There are few series on the current scene that are as

Something that, after time and the subsequent rescue, they hide from everyone.

Until that big secret comes out... To highlight the participation of stars of the 90s like

in a series not suitable for all stomachs and that

One of the most commented series on networks is this comedy that reflects, as the title says,

the love-sexual life of some girls

who arrive at a university in the US.

There, four young people (one of them played by

will enjoy, suffer and, at some point, study

, bearing in mind that nightlife is the great attraction.

With very good-looking guys, by the way.

another thriller about murder

In this production, the

murders of two women in Copenhagen

serve as the starting point for a story with many ramifications.

In addition to the

, the plot reflects other issues such as the reconciliation between work and motherhood, child abuse or political struggle.

without anyone knowing about her for months.

His 'substitute' is Jeanette, a girl considered to be the 'ugly duckling'.

What does she have to do with that absence and her

fall from grace make up a thriller

that keeps the mystery until the last moment.

'best comedy of the year' according to the Golden Globes

is a production that reflects the love/hate relationship between a veteran star and the girl who starts working for her as her head writer.

A train wreck in which

Jean Smart shines as an

a series capable of conquering anyone within a few minutes of watching it.

With its calculated mix of football scenes, self-help manual and secondary characters capable of stealing the spotlight from

Jason Sudeikis as manager of a Premier League team

at any moment, this production has gone from being one more to becoming one of the greats. of each season.

He has two, but we

predict a promising future for him.

It has been one of the great recent successes of Amazon Prime Video.

is immersed for seven months in the very hard process that

applicants to the Special Operations Group

(known as GEO) must overcome.

An elite body made up of people with an

infinite capacity for improvement and

Recommendations7 series hidden on the platforms to get hooked