On the first day of the Lunar New Year holiday, the train station/terminal homecoming procession… The airport is also 'crowded'

On the first day of the Lunar New Year holiday, major train stations and express bus and ferry terminals across the country continued their homecoming in earnest. Traditional markets and department stores were crowded with people looking to buy New Year's gifts and food, and major highways were congested with vehicles returning home in the afternoon. 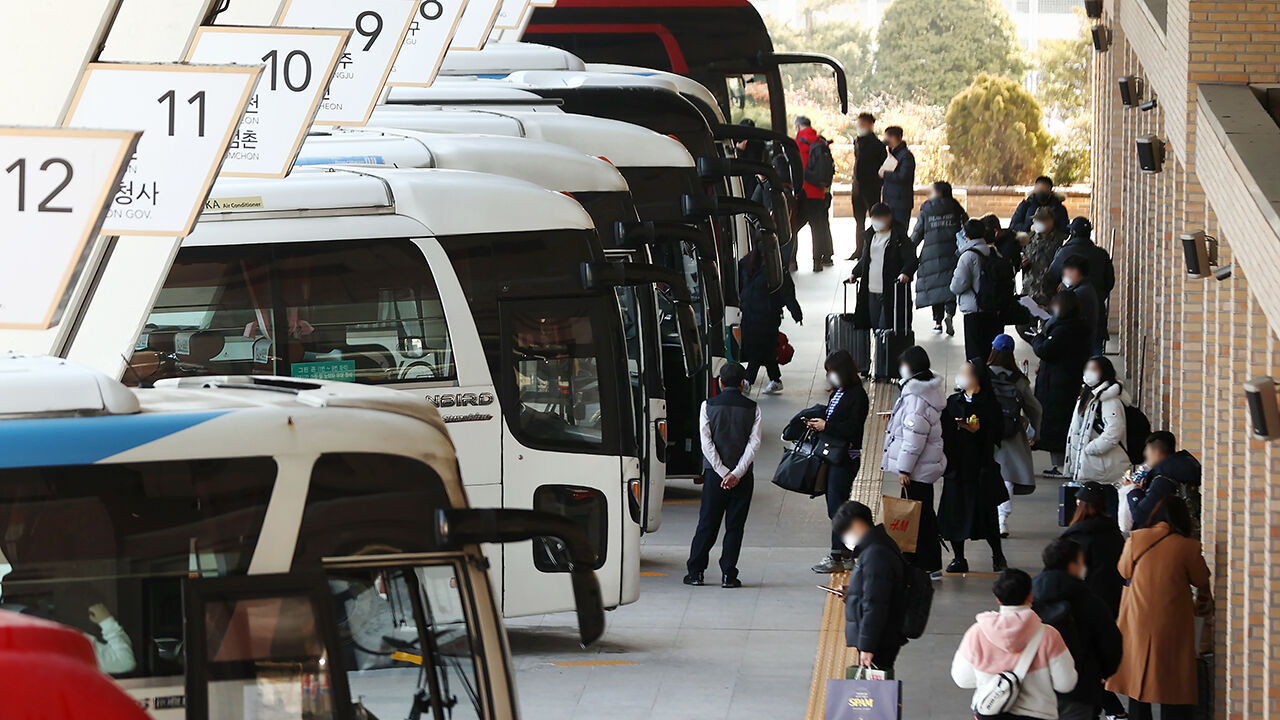 Today (29th), the first day of the Lunar New Year holiday, a full-fledged procession continued at major train stations and express bus and ferry terminals across the country.

Traditional markets and department stores were crowded with people looking to buy New Year's gifts and food, and major highways were congested with vehicles returning home in the afternoon.

Suwon Station has been visited by returning guests since early morning.

To prevent the spread of COVID-19, the seats were cut in half, so the station was not as crowded as before, but the holiday atmosphere was felt from the passengers carrying large and small suitcases and gift boxes for their families.

From this morning, trains to Busan passing through Suwon Station are sold out, and most trains to Daegu and Honam have been booked.

In the case of Suwon Bus Terminal, it was relatively easy to make a reservation for the downbound line until the morning, but the sales have continued mainly during the main hours in the afternoon.

There were signs all over the train station asking people to follow quarantine rules due to COVID-19, but the expressions of citizens with gifts in both hands were bright.

Most of the buses bound for Daegu and Busan from Daejeon Complex Terminal are sold out, or there are only a few left even if there are remaining seats.

The arrival area of ​​Gwangju Bus Terminal was also more crowded than usual with passengers who got off buses from Seoul and other metropolitan areas.

The departure area was crowded with returning visitors to Jeonnam, such as Mokpo, Yeosu, and Suncheon, and the platforms for the metropolitan area, Daegu, and Busan were relatively relaxed.

There were young people with shopping bags and fruit boxes, and old people with various side dishes wrapped in cloth.

Before getting into the car, the returning guests pressed the mask on their nose once again, but they were excited before meeting their family.

Intercity and express bus terminals in most areas of Gangwon-do, including Chuncheon, Wonju, and Gangneung, also attracted returning visitors.

Meanwhile, according to the Incheon Port Operations Management Center, starting with the Harmony Flower (2,071 tons) heading from Incheon to Baengnyeong Island at 7:50 am today, all 16 passenger ships on 13 routes linking Incheon and neighboring islands were operating normally.

The Incheon Maritime and Fisheries Administration predicted that about 3,000 returning passengers a day would travel between Incheon and nearby islands by ferry and ferry.

Passenger ships on six routes between inland and islands in Chungcheongnam-do are operating normally, but one route (Daecheon-Oeyeon-do) has been completely suspended today due to high waves.

The Boryeong Passenger Terminal predicted that the passenger ship would operate normally by tomorrow when the waves calm down.

As people flocked to Jeju during the Lunar New Year holiday, the airport was crowded, and it was difficult to find empty seats on planes.

The arrival hall of Jeju International Airport, which was crowded with returning guests and tourists from all over the country, had no time to step.

Jeju Island has strengthened quarantine at airports and Jeju Port to prevent the spread of Corona 19 during the Lunar New Year holiday, and the provincial autonomous police are planning to check whether tourists comply with quarantine rules.

According to the Korea Expressway Corporation, as of noon today, cars are moving slowly in the direction of Busan on the Gyeongbu Expressway, including Banpo-Seocho, near Namsa, Cheonan Service Area-Nami Junction, and Daejeon-Biryong Junction.

The Yeongdong Expressway in the Gangneung direction is blocked in a 13km section, such as from Wonju Junction to Wonju, and from Maseong Tunnel to Yangji Tunnel.

The Road Corporation analyzed, "It is the first day of the Lunar New Year holiday, and today's direction will be the busiest during the holiday period."