Svrsletter Evening (1/28): Wasn't he released because of the government?... The reason why the 'Korean Chemiho' captured by Iran filed a lawsuit against the government

News summary on the way home from work, Subsletter Evening. Earlier last year, a Korean merchant ship, the Korea Chemi, was caught and detained by Iranian Revolutionary Guards on the high seas of the Middle East. 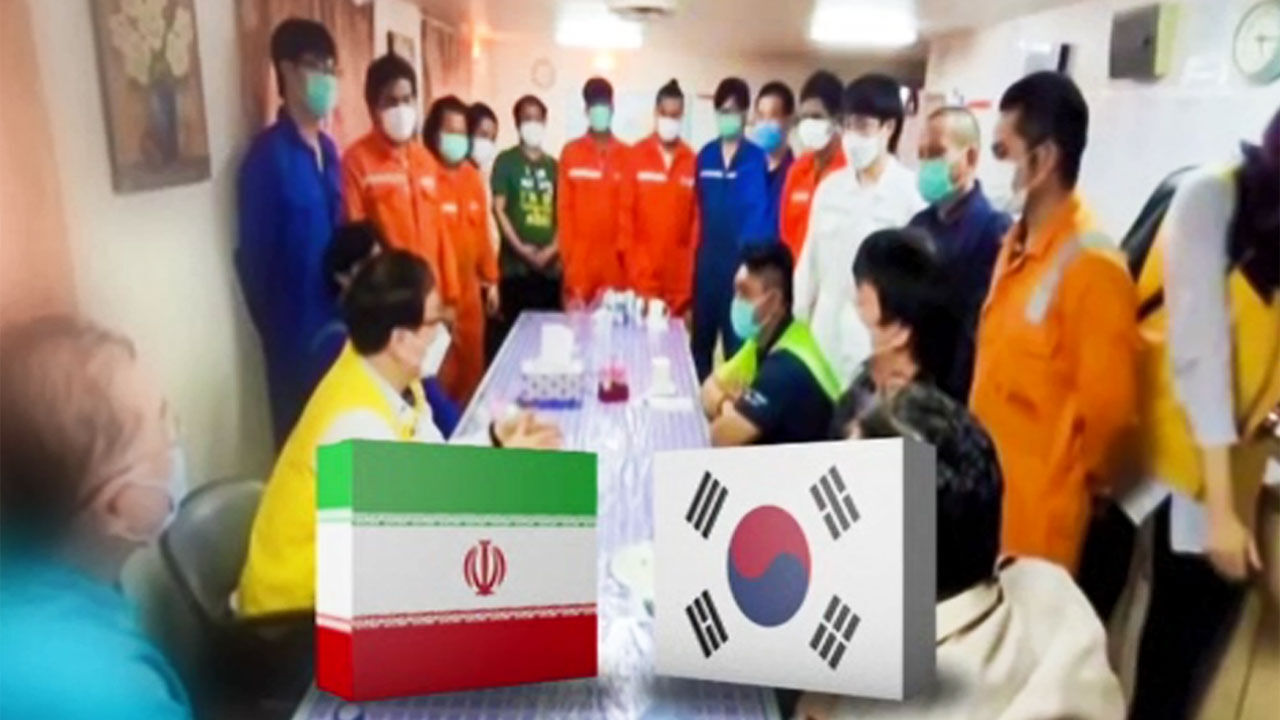 Earlier last year, a Korean merchant ship, the Korea Chemi, was caught and detained by Iranian Revolutionary Guards on the high seas of the Middle East.

The name of the ship is 'Korea Chemiho'.

The reasons for the detention offered by Iran sounded a little out of the way.

It was because they polluted their seas.

No one really believed that story.

At that time, Iran was sanctioned by the United States for its nuclear development, and Iranian money in Korea was frozen for that reason, and many observers observed that this was the reason.

The government started negotiations, and in early April of last year, 95 days after capture, the Korean Chemi was released from Iran.

There were also news of follow-up measures such as resolving Iran's frozen fund problem and Iran importing a COVID-19 vaccine manufactured in Korea.

I thought everything worked out like that, but the fact that the shipping company that operates the Korean Chemi had filed a lawsuit against our government (Ministry of Foreign Affairs) for damages was reported yesterday (27th) by SBS News alone.

The government worked hard to get the ship and its crew released, but why did the shipping company sue?

Shipping company's claim: 'The government doesn't care, but the damage and burden were all ours'

According to the complaint obtained by SBS, the shipping company could only be released after signing an agreement acknowledging marine pollution as forced by Iran and paying a large amount of compensation.

The Iranian side said that it did not present any evidence of marine pollution at all.

He also said that the entire process of negotiating with Iran was the responsibility of the shipping company, and a government official only accompanied him to this event.

As a result, the shipping company explained that it suffered billions of won in damages, and that they had to sell Korea Chemi.

The shipping company is asking why they have to suffer this kind of damage when the Iranian money (8 trillion won in oil sales), which was tied up in Korea because of US sanctions, is a matter between countries and they have only become victims of unexpected misfortune.

He said, "I want to fight through this lawsuit over the extent of our country's responsibility for relief to the people and businesses amidst the gap between economic sanctions and international sanctions."

The 8 trillion won in Iranian funds is also a new dispute.

Since the incident, the Korean government has consistently revealed to the public that "we have consistently raised the injustice of our vessels being captured on the grounds of environmental pollution without any basis to the Iranian side."

However, behind the scenes, the fact that the shipping company was forced to admit the mistake and pay compensation was never disclosed to the public.

If the second or third capture incidents occur, it is questionable whether the Korean people can escape only by admitting their wrongdoings and secretly paying compensation accordingly.

The government remained inactive for four months after the lawsuit was filed, and only submitted an answer to the court on January 10 of this year.

During the SBS coverage, he said, 'I will give a full explanation at the trial', and I am very reserved.

However, it seems that the problem of 8 trillion won in Iranian money, which was frozen by sanctions, was not resolved.

There is another dispute between the Iranian government and our government over this issue.

In this regard, we plan to continue an additional exclusive report on SBS 8 News on the evening of the 28th.

The People's Power has decided not to nominate candidates for Daegu Jung and Nam-gu among the five constituencies for the re- and by-elections for the National Assembly members to be held along with the March 9 presidential election.

Daegu Middle and Nam-gu is a place where former lawmaker Kwak Sang-do resigned and became vacant when it was revealed that his son received 5 billion won from Daeyu, Hwacheon, in charge of the Daejang-dong development project.

It was the Democratic Party of Korea that first took the offensive by declaring not to run for office.

In this regard, there is a constant debate over whether it will lead to the resignation of the '586' forces within the Democratic Party or whether it is a show-off election tactic ahead of the presidential election.

The reason the two parties are trying to use the 'not running' as a sign of sincerity in taking political responsibility is because of the lessons learned from last year's by-elections for the mayor of Seoul and Busan.

At that time, the by-election was held because of a sexual scandal involving former Seoul Mayor Park Won-soon and former Busan Mayor Oh Keo-don.

Both parties will then need to make the job a half-teacher.

The People's Power adhered to the nomination policy for Seocho-gap.

Seocho-gap is the constituency where former lawmaker Yoon Hee-sook resigned after allegations related to her real estate were raised.

The People's Power issued a position saying, "I decided to nominate Seocho because it has absolutely nothing to do with criminal acts or acts."

The effect of showing off the ability to strike South Korea was heightened by simultaneously revealing the firing and striking scenes of two models with different launch dates.

It also disclosed the fact that Chairman Kim Jong-un inspected the munitions factory.

Regarding North Korea's missile launch, he said, 'You're doing this to get the attention of the United States.

You're asking for a conversation.'

There is a growing concern among experts who interpreted it as

What North Korea is aiming for is more than that.

There is also an observation that the provocation will be even stronger after the Beijing Winter Olympics are over.