“Tore off Hitler’s strategic plan”: what role did Ivan Tyulenev play in the Great Patriotic War

130 years ago, Ivan Tyulenev, a Hero of the Soviet Union and full Knight of St. George, one of the first army generals in the USSR, was born. As historians recall, he distinguished himself during the First World War and the Civil War. However, according to experts, the peak of his military career was the Battle of the Caucasus, during which Tyulenev commanded the Transcaucasian Front and played an important role in disrupting Nazi plans to seize the Baku oil fields. 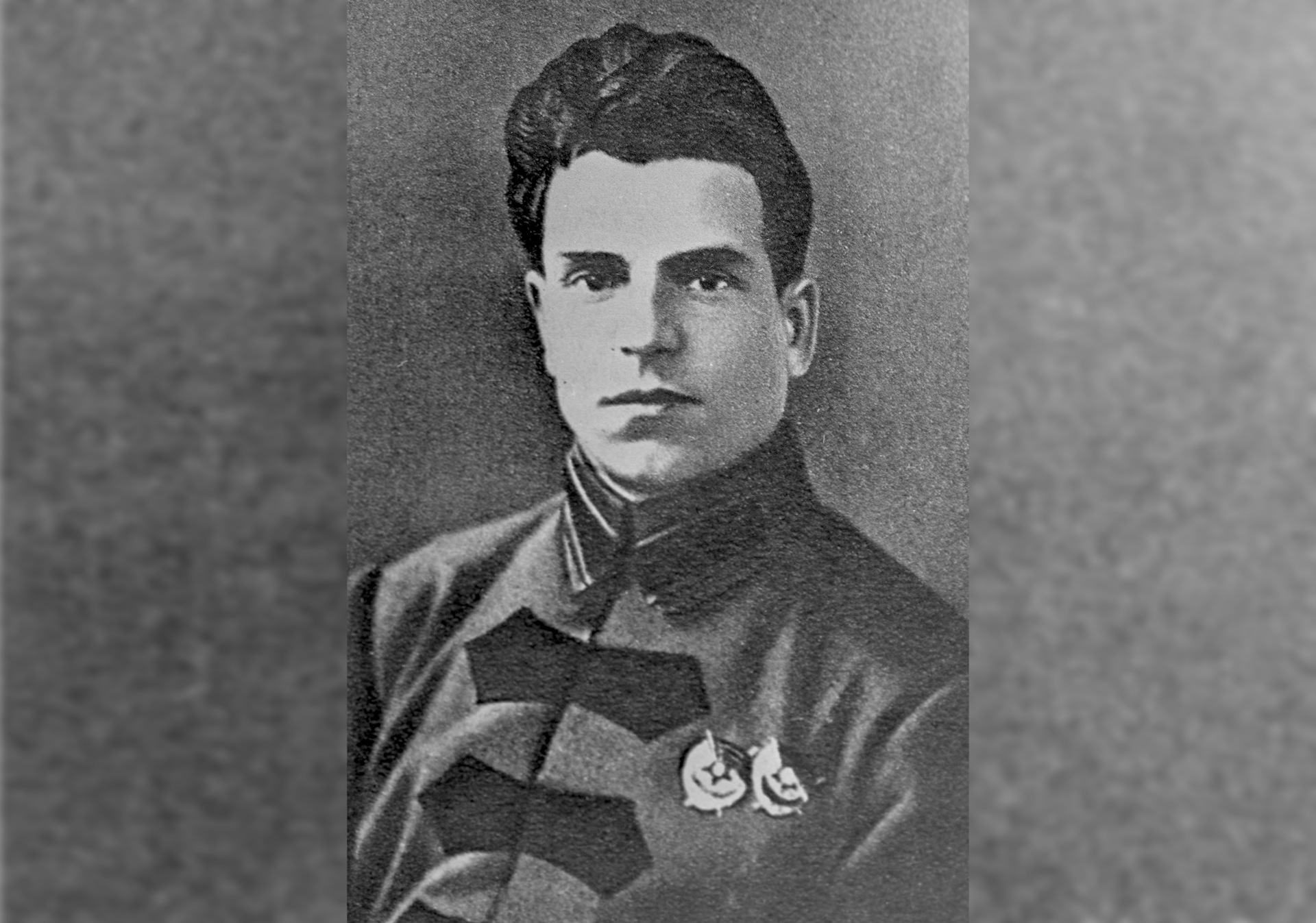 The future Soviet General Ivan Tyulenev was born on January 28, 1892 into a large peasant family in the village of Shatrashany, Simbirsk province.

His father took part in the Russian-Turkish war in his youth.

Due to the difficult financial situation of the family, twelve-year-old Ivan, after graduating from a rural school, had to get a job as a laborer at a starch and syrup plant in Simbirsk.

However, due to the low salary, he soon returned home.

However, soon Ivan again had to leave his native village in order to earn a living: he was a stoker and an apprentice in a smithy, and then a sailor in the Astrakhan fisheries. At the same time, during the revolution of 1905, Tyulenev's father and brother became participants in anti-landlord protests, which is why they later ended up in prison. The imprisonment greatly undermined the health of Ivan's father, who died of the plague shortly after his release. His mother also died with him.

In 1913, Ivan Tyulenev was drafted into the army.

At first they planned to send him to serve in the fleet, but due to the “unreliability” of the family, the draft board changed its mind, so Ivan ended up in the ranks of the 5th Kargopol Dragoon Regiment.

Tyulenev remembered the cruel drill and the disenfranchised position of ordinary soldiers for the rest of his life, but he served selflessly.

So, already during the First World War, Tyulenev became a full Knight of St. George.

He was awarded for skillful actions in reconnaissance and for the fact that, together with two colleagues, he destroyed the German patrol, eliminating 11 enemies and capturing three.

At the front, Tyulenev was promoted to non-commissioned officer, and then graduated from the ensign school.

After the February Revolution, Ivan Tyulenev became a member of the squadron and regimental committees, was delegated from his unit to Petrograd.

He donated the St. George's crosses to the fund of the revolution.

Of all the participants in the revolutionary events, Tyulenev most sympathized with the Bolsheviks.

For some time he headed the Red Guard detachment, and in 1918 he voluntarily entered the service of the Red Army.

As military historian Sergei Perelygin recalled in a conversation with RT, during the First World War, Tyulenev served in the same regiment with the future Marshal Konstantin Rokossovsky, maintaining good relations with him.

According to some reports, it was Tyulenev who attracted Rokossovsky to the side of the Bolsheviks.

At the initial stage of the Civil War, Tyulenev commanded a platoon and a squadron, served as assistant chief of staff of a division, and fought near Samara and Kazan.

At the end of 1918, he received a referral to study at the Academy of the General Staff, where he met Vasily Chapaev, but before he could finish his studies, he was recalled to the front.

Tyulenev was appointed to the headquarters of the Cavalry Corps of Semyon Budyonny, and after the creation of the 1st Cavalry Army, he headed its intelligence.

In 1920 he became a brigade commander.

Under the command of Budyonny, Tyulenev fought on the Volga, in the Don region and in the North Caucasus, and participated in the Soviet-Polish war.

Having personally led a cavalry attack near Brody, Tyulenev liberated the city and was awarded the Order of the Red Banner for this.

Later, Tyulenev took part in the suppression of the Kronstadt and Antonov rebellions, and in 1922 he finally completed his studies at the Military Academy of the Red Army.

Despite the end of the Civil War, he remained in the Red Army.

“For several years, Tyulenev was in military administrative work.

In the late 1930s, due to the difficult international situation in the border districts, there was an urgent need for well-trained commanders.

In 1938, he became commander of the Transcaucasian Military District, and a year later, at the head of the 12th Army, he took part in the Polish campaign of the Red Army, ”said Maxim Sinitsyn, a graduate student at the Institute of World History of the Russian Academy of Sciences, in an interview with RT.

After the introduction of the ranks of generals in the Red Army in 1940, Tyulenev, together with Georgy Zhukov and Kirill Meretskov, became one of the first army generals in the Soviet Union.

In August of the same year, he was appointed commander of the Moscow Military District.

From Ukraine to the Caucasus

On the night of June 21-22, 1941, Tyulenev was summoned to the Kremlin, where he found out about his appointment to the post of commander of the troops of the Southern Front, and two days later he already took up new duties in Vinnitsa.

The commander was responsible for the defense of the southern regions of the Ukrainian SSR and Moldova.

According to Tyulenev's memoirs, already on June 26, his troops entered into battle with two enemy divisions that were trying to cross the Soviet border in the Skulyan region.

And in early July, a full-scale invasion of German and Romanian troops began on the southern sector of the Soviet-German front.

In the direction of the main attacks, the enemy created a three- and four-fold superiority in manpower.

In order to prevent the separation and encirclement of the forces of the front, Tyulenev was forced to give the command to withdraw troops, which, according to Sergei Perelygin, caused Stalin's strong displeasure.

However, at the same time, the troops of the Southern Front made it possible to detain the enemy in order to ensure the evacuation of a significant part of industrial enterprises from the south of Ukraine.

During the fighting in the Dnepropetrovsk region, Tyulenev was seriously wounded and sent for treatment to Moscow to the Central Military Hospital.

Not yet fully recovered from his wound, Tyulenev asked the command to return him to the active army. Immediately after leaving the hospital, he was appointed authorized by the State Defense Committee (GKO) and left for the Urals to form reserve divisions. At the beginning of 1942, he temporarily led the 28th Army created from these formations. According to historians, the divisions formed under the leadership of Tyulenev played a huge role in the Soviet counteroffensive near Moscow.

However, now the situation was much more complicated.

The troops of the district maintained order in Iran and covered the border with Turkey, which, according to historians, under unfortunate circumstances for Moscow, could well enter the war against the USSR.

According to experts, in the summer of 1942 the role of the Red Army in the Caucasus became even more significant.

After the Nazis defeated the Soviet group in the Crimea, one of their main targets for Hitler was the Baku oil fields.

“Transcaucasian oil was the blood of the Patriotic War waged by the Soviet Union.

Without it, the position of the Red Army could become critical, ”said Andrei Gorbunov, an employee of the Victory Museum, in an interview with RT.

At that time, there was an acute shortage of troops in the Caucasus.

Many units had previously been transferred to other sectors of the Soviet-German front.

With the permission of the GKO, Tyulenev hastily began to form national rifle divisions.

On his initiative, the Stavka approved plans to create a defensive line along the Terek and Urukh rivers.

In a short time, more than 100 thousand defensive structures (including 70 thousand firing points) were erected in the Caucasus, 660 km of anti-tank ditches and more than 160 km of trenches were dug.

According to experts, the fighting in the Caucasus was fierce. In the mountains, battles went on literally for every path and every height, often turning into hand-to-hand combat. By the end of 1942, Tyulenev's troops had exhausted the Nazis with their tenacity on the defensive, and in January 1943 launched a large-scale counteroffensive. In a matter of days, Soviet units liberated the main settlements in the northern foothills of the Caucasus. On the basis of part of the troops of the Transcaucasian Front, a separate North Caucasian Front was formed. On February 12, 1943, Krasnodar was liberated.

“The battle for the Caucasus was the crowning achievement of Tyulenev’s military career.

The defeat of the Germans near Mozdok and Malgobek was the first step in a series of brilliant offensives by the Red Army in the winter of 1942-1943.

Tyulenev thwarted Hitler's strategic plan, which was trying to turn the tide of the war by depriving the Soviet Union of oil reserves.

Without this victory, everything could have turned out differently, ”Andrey Gorbunov emphasized.

Until the end of the war, Ivan Tyulenev served in the Transcaucasus.

After the victory, for some time he commanded the troops of the Kharkov Military District, and then held various positions in the Main Command of the Ground Forces.

In 1958, he joined the Group of General Inspectors of the USSR Ministry of Defense and served in it for twenty years.

In 1978, Ivan Tyulenev was awarded the title of Hero of the Soviet Union.

In the ranks of the armed forces of Russia and the USSR, he served a total of 65 years, receiving four combat wounds.

“Tyulenev became one of the symbols of the Red Army.

On his example, the younger generation was brought up in the USSR, ”summed up Sergey Perelygin.