"Highest congestion on the highway between 11 and 12 o'clock"... No eating and drinking at rest stops

Today, the first day of the five-day Lunar New Year holiday, the highway is already slightly clogged. Eating at rest stops is also prohibited as the Omicron mutation is spreading rapidly. 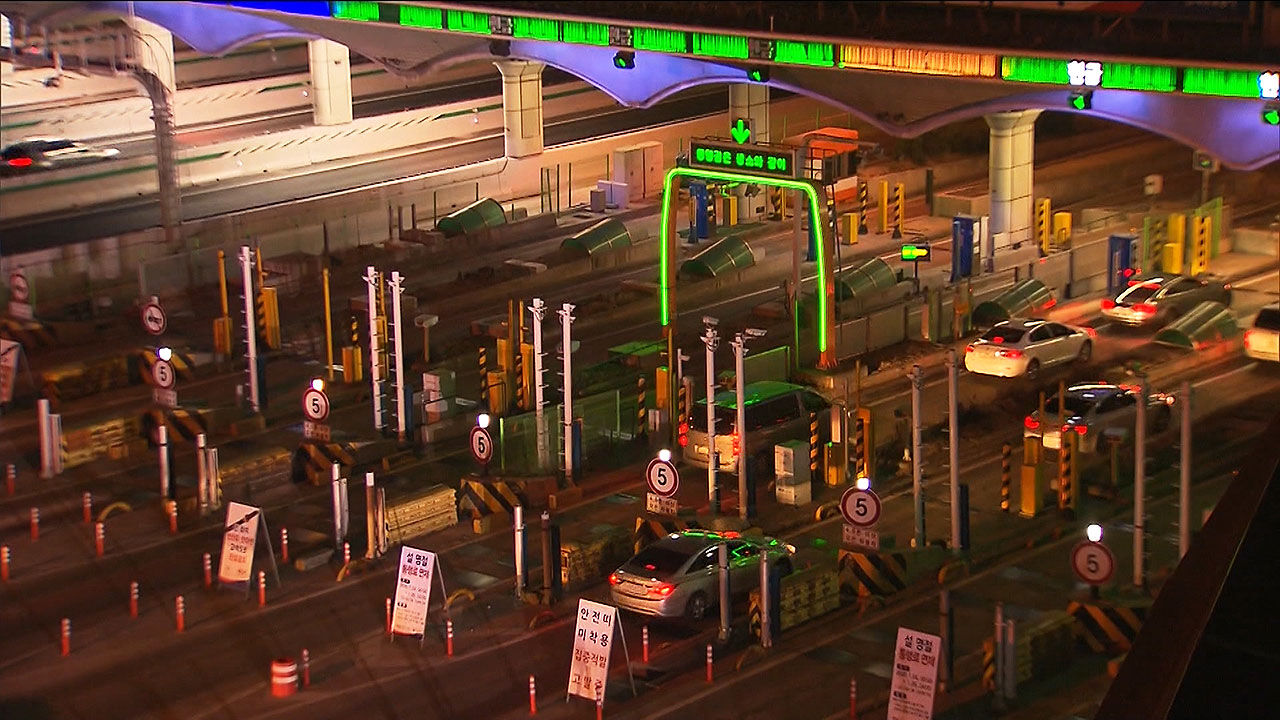 Eating at rest stops is also prohibited as the Omicron mutation is spreading rapidly.

We connect reporters who are out at highway tollgates.

Reporter Han Seong-hee, tell us about the current highway situation.

Yes, it is listed at the Seoul tollgate.

On the first day of the Lunar New Year holiday, traffic congestion began in earnest on the highway at Gwiseong-gil at 6 a.m., an hour before.

It was around 5 am when I arrived here, and the number of vehicles passing through the toll booth has increased significantly compared to two hours ago.

From Seoul now, it is estimated that it will take 6 hours 20 minutes to Busan, 5 hours 40 minutes to Gwangju, 6 hours to Mokpo, and 3 hours 10 minutes to Gangneung.

The Korea Expressway Corporation estimates that major highway congestion from Seoul to rural areas will be worst between 11 am and noon.

Today's identity is expected to be resolved only in the evening.

This is 1% higher than the first day of the Lunar New Year holiday last year.

In order to prevent the spread of COVID-19, the government will normally collect highway tolls, which were exempted for each holiday, following Chuseok last year and this year's Lunar New Year holidays.

Eating and drinking is difficult at highway rest areas, and you can only pack food.