[Report File] Prosecutor who sang 'Sano Ramyun' while writing his resignation... Conflict within the prosecution over the Seongnam FC case

"If it's Sano, a good day will come someday"... One prosecutor's resignation Ha-young Park, Deputy Prosecutor at the Seongnam Branch of the Suwon District Prosecutor's Office It was around 5:50 pm the day before yesterday that he posted a letter of resignation on Epros, the prosecutor's internal network. 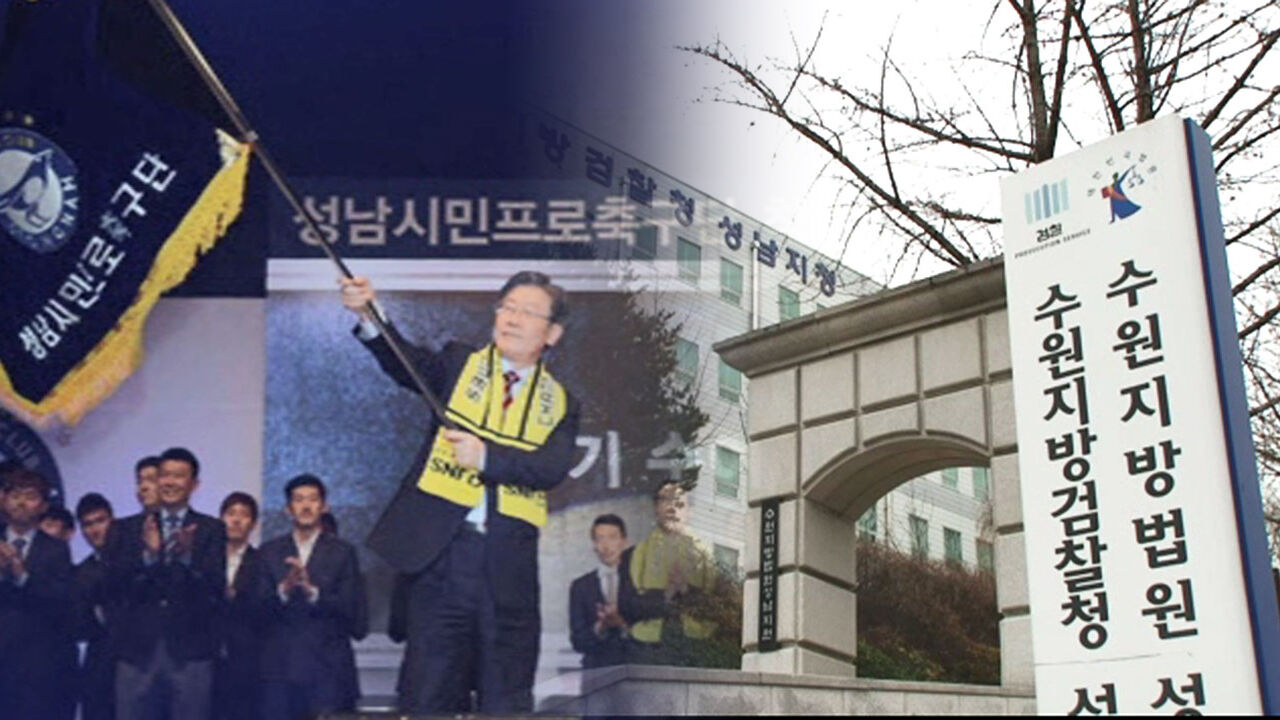 It was around 5:50 pm on the 25th (25th) that Park Ha-young, Deputy Prosecutor of the Seongnam Branch of the Suwon District Prosecutors' Office, posted a letter of resignation on EPros, the internal communication network of the prosecution.

On the morning of this day (25th), the Ministry of Justice carried out the appointment of a public prosecutor and a prosecutor above the deputy chief level.

The following is an excerpt from Prosecutor Park's resignation letter.

I'm leaving a little, a little earlier than I had previously thought.

I've been trying to find another way to get more work, but...

I thought about it and tried to respond, but there was no other way ^^

Finally, although I am not good at singing, there is a song that we always share, so I am attaching a song I sang as an audio file.

After Prosecutor Park's post was posted, some members who were aware of the situation responded, 'It's about to explode.'

In particular, it must have been because of the phrase "I found a way to work longer and responded, but there was no other way" and the lyrics of the song "The sun will rise tomorrow."

And in the process of handling this case, there were rumors that there was a serious conflict with Prosecutor Park Ha-young's superior, Park Eun-jung, the head of the Seongnam Branch.

After 3 years and 3 months of investigation, the police 'dismissed'

In the case of Seongnam FC sponsorship, it is suspected that Democratic presidential candidate Lee Jae-myung, who served as Seongnam Mayor from 2015 to 2017, was the owner of Seongnam FC, received 16 billion won from six companies in the name of sponsorship and advertising expenses, and gave various licensing privileges to these companies. That's the gist of it.

In 2018, then the Bareun Mirae Party accused Lee Jae-myung of providing a third-party bribe, and the case went to the Bundang Police Station.

While investigating this case for three years and three months, the police decided not to conduct a face-to-face investigation on candidate Lee Jae-myung and decided to 'dismiss' it in September last year.

Regardless of whether the case is 'non-prosecution' or 'prosecution', it is possible to send the case to the prosecution and not receive the investigation command.

Then, the complainant's side raised an objection to the police's decision to disapprove.

If the person involved in the case raises an objection, the entire case must be handed over to the prosecution.

The contents confirmed 'indirectly' by multiple prosecutors so far are as follows.

The prosecutor in charge of the Seongnam FC case at the Seongnam Branch of the Suwon District Prosecutor's Office and the Deputy Prosecutor Park Ha-young decided that the prosecution should directly re-investigate the case, which the police had dismissed as not guilty, or that the police should request a supplementary investigation.

However, it is said that Park Eun-jung, the head of the Seongnam Branch, had a different opinion.

After the case was transferred to the prosecution in September last year, it is known that he did not make a clear decision based on the opinions of junior prosecutors.

It is a kind of defense mechanism for the excessive abuse of investigative powers by the police.

A prosecution official said, "I know that since the end of last year, Prosecutor Park Ha-young has been talking about the difficulties related to the investigation, 'What should I do?' “I had a hard time working with the branch manager,” he said.

Was it a conflict of opinion between a normal boss and a subordinate?

Was it a conflict of opinion between a normal boss and a subordinate?

This question is probably a question that looks at the essence of this matter.

In other words, it means "Please do not expand and produce internal conflicts of opinion as this is still under review."

However, inside the prosecution, there are voices from within the prosecution that Assistant Commissioner Park Eun-jung is deliberately delaying the suggestion of juniors to handle the case (direct investigation or requesting the police for supplementary investigation) regarding the Seongnam FC case.

I don't want to mention a lot, but it's probably because of the past history of Seongnam Branch Manager Park Eun-jung.

Park Eun-jung, the head of the Seongnam Branch, served as the Inspector General of the Ministry of Justice in 2020 and played a leading role in the disciplinary phase of the then Prosecutor General Yoon Seok-yeol.

At that time, he was also accused of overruling the disciplinary decision process while 'passing' Ryu Hyuk, the Inspector General of the Ministry of Justice, who was his direct supervisor at the time.

He is recognized as a so-called 'pro-government prosecutor', which is why there are criticisms that candidate Lee Jae-myung deliberately delayed the case of Seongnam FC, the accused.

The Prosecutor General's order to investigate the facts...

A look of concern

Because of this, there seems to be a possibility that prosecutor Park Ha-young's resignation may not be repaired immediately.

It seems that a fact-finding team will be formed at the level of the Suwon District Prosecutors' Office, but there are also internal views that do not look at it well.

A member of the prosecution said, "It is questionable whether this matter will be revealed truthfully if we look at the current composition of the Suwon District Prosecutor's Office and the Supreme Prosecutor's Inspection Department."

Please, I hope that such thoughts will cease to exist.

The virtue of a prosecutor is 'strong sense of justice'

Searching for Data Back in 2011, Ha-Young Park, then a prosecutor at the Office of the Attorney General, saw an interview with the 'Law Journal'.

Prosecutor Park explained the virtues of a prosecutor, which he usually regards as a theory.

"It is still vivid in my ears 10 years later that Justice Ahn Dae-hee, who was then the chief of the district court, emphasized that the most important virtue to become a good prosecutor is 'strong sense of justice'"

"A good prosecutor is a meticulous I used to think of

as someone who possessed one or several of the many virtues that are commonly said, such as goodwill, cool judgment, and leadership.

I think it can be counted as a virtue of a good prosecutor in that it does not cloud judgment when it is kept inside.”

He always received a lot of advice from his seniors, saying, “The more difficult it is, the more principled the investigation will be.” He interpreted, "This also has a lot in common with a 'strong sense of justice'."

'Strong sense of justice' and 'principle'.

These are the virtues that any prosecutor should have universally and validly.

The reporters are also eager to find out if there has been any deviation from 'justice' and 'principle' in the work process inside the Seongnam branch surrounding the Seongnam FC allegation that triggered this situation.

And I look forward to revealing the truth of the matter through various methods including fact-finding within the prosecution.

It would not be very pleasant for any conscientious prosecutor to be classified as a 'pro-government prosecutor' from the outside.