It clings to the sticky and 'whisper'... Did you spray rat poison and target the cat?

At an apartment complex in Ulsan, a kitten was dramatically rescued after clinging to a sticky glue put on it to catch mice. An animal protection group said that an apartment sanitation worker installed a sticky tape to catch a cat, not a mouse, and asked the police to investigate the case of cruelty to animals. 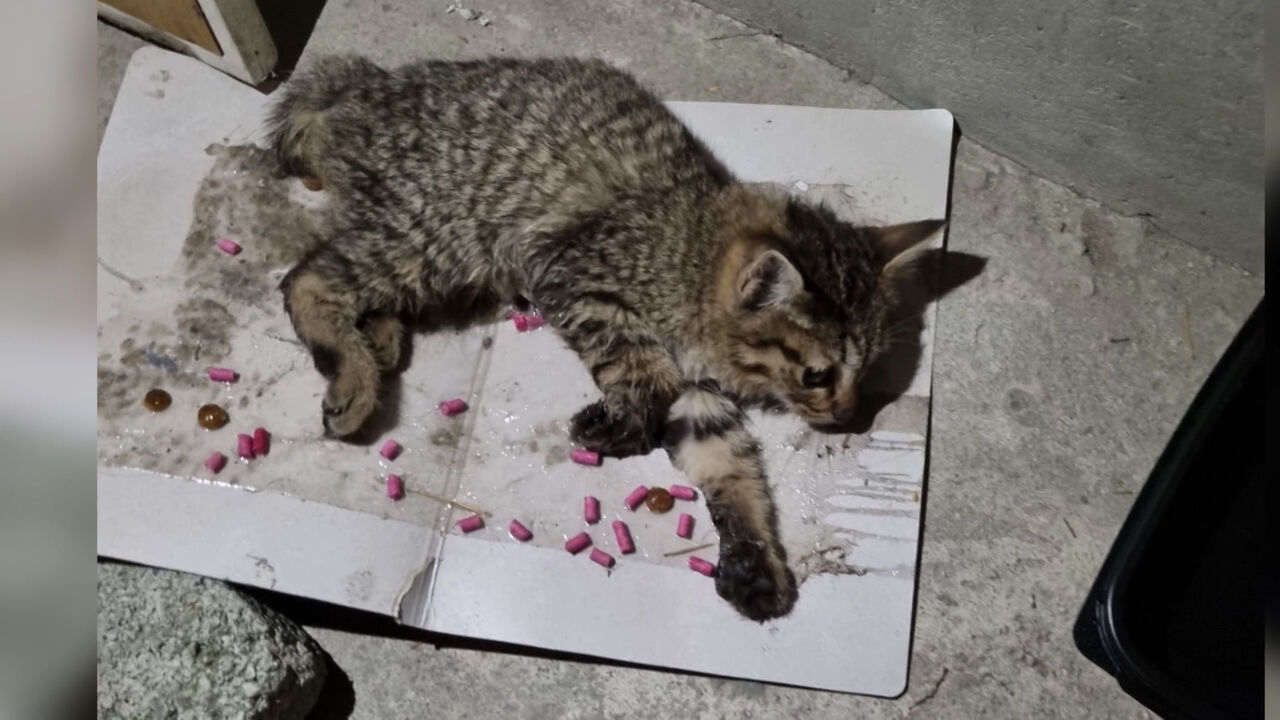 an apartment complex in Ulsan, a kitten was rescued after it clinged to a sticky tape put to catch mice. An animal protection group said that an apartment sanitation worker installed a sticky tape to catch a cat, not a mouse, and asked the police to investigate the case of cruelty to animals.

One side of the torso of the little cat was completely attached to the sticky glue that catches flies and mice.

It screams and screams in pain, but can't even move.

The cat is sprinkled with pink rat poison and brown food that looks like cat food.

An elementary school student who heard a cat cry discovered it in the basement of an apartment building and reported it to the school teacher.

[Lee Ji-yul (6th grade) / First discovery/rescue: I was struggling to get rid of it, but it was hard, so I was resting, and the ship was moving. It's

The cat received emergency treatment at the veterinary hospital and then moved to a temporary shelter.

It turned out that the person who installed the sticky was an apartment sanitation worker, and the manager of the apartment explained that it was to catch mice, not to harm the cat.

[Lee Cheong-hee / ○○ apartment management manager: (Brown feed) The sticky part was attached to the company from the beginning when it was made, and I'm sorry for the part that was neglected quite a bit about the part where the wild cat was damaged... .]

However, animal rights groups that were informed of the incident said it was serious animal abuse and offered a bounty of 3 million won to the abuser.

In addition, while requesting a police investigation, saying, "It seems that the cleaners put sticky glue on them even after they knew that there was a cat family living in the basement of the apartment," the police plan to determine whether or not to file a case by investigating whether there was any intentionality.