The People's Strength Presidential Candidate Yoon Seok-yeol's wife, Kim Kun-hee, has opened a separate page by providing her profile on an Internet portal. Naver made a search for 'Kim Geon-hee' last night to reveal his photos and history. 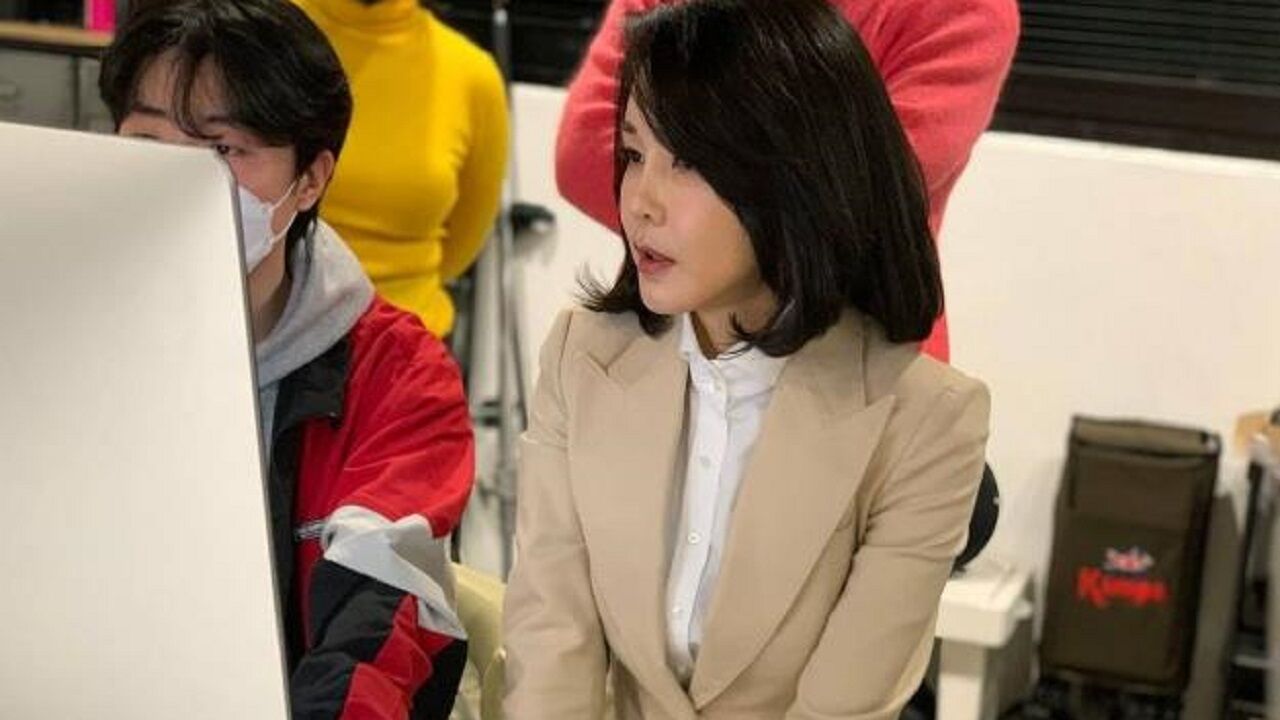 The People's Strength Presidential Candidate Yoon Seok-yeol's wife, Kim Kun-hee, has opened a separate page by providing her profile on an Internet portal.

I have indicated that the profile registration was at the request of Mr. Kim himself.

Mr. Kim said his occupation was an 'exhibition planner' under Cobana Co., Ltd., and attached a list of exhibitions planned for 4 years from 2015.

The fact that her husband is candidate Yoon did not specifically state.

Kim's profile picture was taken in a professional studio earlier this month.

Before MBC aired the recording of the call between Mr. Kim and reporter Lee Myung-soo of Seoul's Voice.

In the political circles, analysis comes out that Kim's public activities are an imminent signal.

It is an observation that he will not start activities related to his/her specialized field according to the contents of the profile.

It is said that the party's predecessor headquarters is already in close communication with Mr. Kim.

It means that at the party level, Kim started to be actively involved in the direction of Mr. Kim's activities.

In the meantime, Kim indirectly assisted Kim with the negative response team, but it has been pointed out that most of them are lawyers or journalists with no political experience, exposing their limitations.

An official said in a phone call today (25th), "Last week, there was a meeting between Mr. Kim's side and a senior official at the fleet headquarters."

Although it is not an official organization, it appears that the 'Kim Geon-hee team' is actually helping out.

In particular, the fleet headquarters is in the process of releasing Mr. Kim's statement before the Lunar New Year holiday on its own.

Instead of holding a press conference, it is said that they are considering the format of distributing documents to the press.

This statement may contain an apology to Kim Ji-eun, a victim of the 'Ahn Hee-jung incident,' and an expression of regret for Rep. Hong Jun-pyo and former lawmaker Yoo Seung-min.

These are the people who asked Kim for an apology or protested because they were mentioned in Kim's 'Seven Hour Call'.

However, it is unclear whether Mr. Kim himself will finally agree to the announcement of the statement.

It is said that there is a strong perception around him that repeating an apology could provide an excuse for an attack on the passport.

There are also analyzes that some variables remain in Kim's appearance.

First of all, the key factor is the impact it will have on candidate Yoon's approval rating during the sensitive period before and after the Lunar New Year, which will determine the direction of public opinion.

Recently, Kim's Naver fan cafe subscribers have surpassed 60,000, and some close supporters are sending support to Kim, and there is a view that synergy with Candidate Yoon is expected thanks to the formation of a 'fan base'.

However, there are also mixed concerns that if voters' attention is drawn to Mr. Kim rather than Candidate Yoon, the risk of his wife will only be emphasized repeatedly, regardless of whether it is true or not.

Right now, on the afternoon of the 25th, Kim's mother, Choi, was sentenced to a second trial on charges of illegal receipt of medical care benefits.

The suspicion of Kim's involvement in Deutsche Motors stock manipulation is not yet settled through the prosecution's long-term investigation.

In addition, it is said that Kim's health is deteriorating, and there are observations that it will be difficult to digest the forced march to participate in the election campaign as the wife of the presidential candidate.

For this reason, it is known that even if outside activities such as volunteering for abandoned dogs are initiated, plans to keep them private for the time being, and to disclose them through the media later, are being considered.

A key official said in the phone call, "Mr. Kim has no choice but to come out before mid-February, when the official election campaign starts at the latest."