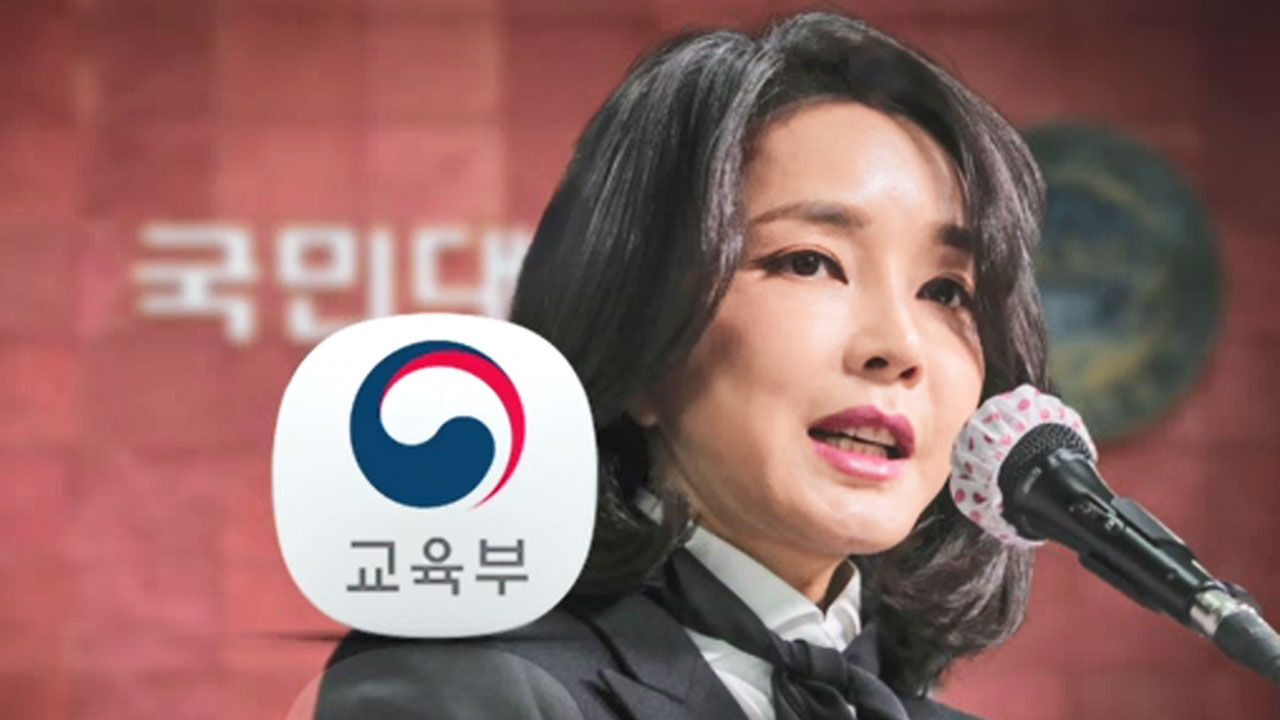 For more details, reporter Kim Kyung-hee will tell you.

What the Ministry of Education looked into in the audit of Kookmin University was three things: Kim Kun-hee's doctoral thesis review process, the hiring process of an adjunct professor, and Kookmin University's acquisition of Deutsche Motors stock.

Kookmin University included one full-time lecturer in violation of the rule that judges should be appointed as assistant professors or higher during the doctoral thesis review process.

In the process of hiring an adjunct professor, it was revealed that Kim's academic background and experience in his application were different from the facts, but he did not confirm it.

There was no interview screening because they were from the same Kookmin University.

The Ministry of Education issued a warning to Kookmin University along with a request for disciplinary action against those involved, and ordered that Mr. Kim's application be re-verified and take necessary measures in accordance with the regulation that if falsehood is found in the application, the appointment will be canceled as of the date of issuance.

According to the current law, there is no provision for dismissal in case of illegal recruitment, so the Ministry of Education cannot step forward, but in fact, it is asking Kookmin University to cancel the appointment.

Kookmin University also acquired and disposed of 300,000 shares of Deutsche Motors without going through the board of directors deliberation and resolution, and it was revealed that they signed an investment advisory contract with an unqualified person.

The Ministry of Education has decided to request the police to investigate allegations of breach of trust and embezzlement, and to demand warnings and severe disciplinary action from the chairman and head of the business division, respectively.

However, he said that he could not find any connection between Kookmin University's purchase of Deutsche Motors stock and Kim Kun-hee.

In response, the Democratic Party called for "a sincere apology", saying, "Career manipulation is clearly illegal."