We will deliver the breaking news of the Gwangju Apartment Collapse Accident. It has been two weeks since the accident, but there is still no news from the search for the missing person. 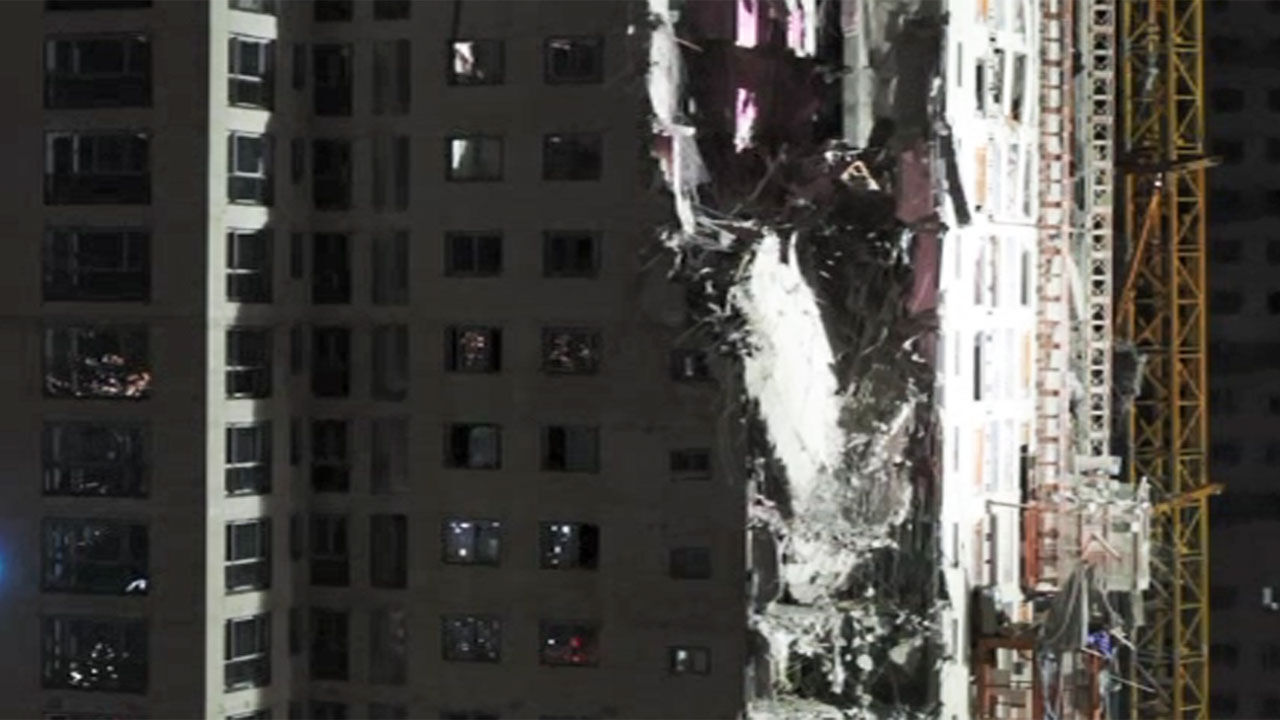 will deliver the breaking news of the Gwangju apartment collapse. It has been two weeks since the accident, but there is still no news from the search for the missing person. Let's connect with a reporter on the spot.

From today (the 24th), the search for the missing will be conducted 24 hours a day, day and night.

In the meantime, the search was stopped before 10 pm at the latest for the safety of field crews.

As the dismantling of the tower crane, which had been considered a risk factor, was completed, the rescue authorities immediately set up a day/night shift, and 66 crew members who were put in just a little while ago conduct a overnight search.

14 specialists with experience in rescue at overseas large-scale disaster sites were also put to work, and equipment such as hydraulic cutters and 1-ton small excavators are also used to remove debris.

I hope the search will be safe. And what was discussed at the first meeting of the Central Accident Management Headquarters?

Two weeks after the accident, the Central Accident Management Headquarters was established for the first time with the Minister of Employment and Labor as the head of the department.

Victims' families, who had already requested the government's active support several times, were outraged, saying that the response was delayed.

[Mr. Ahn / Representative of Collapse Victims' Family Council: Welcome, but it is not an understandable situation.

All of you (the press) kept telling me that, and even though we shouted, it’s only now that we’re moving…

At the rescue site, a child would burn to death, but that part is so frustrating.]

A high-ranking police official explained that this decision was made because it was necessary to thoroughly investigate structural illegal acts at the construction site.