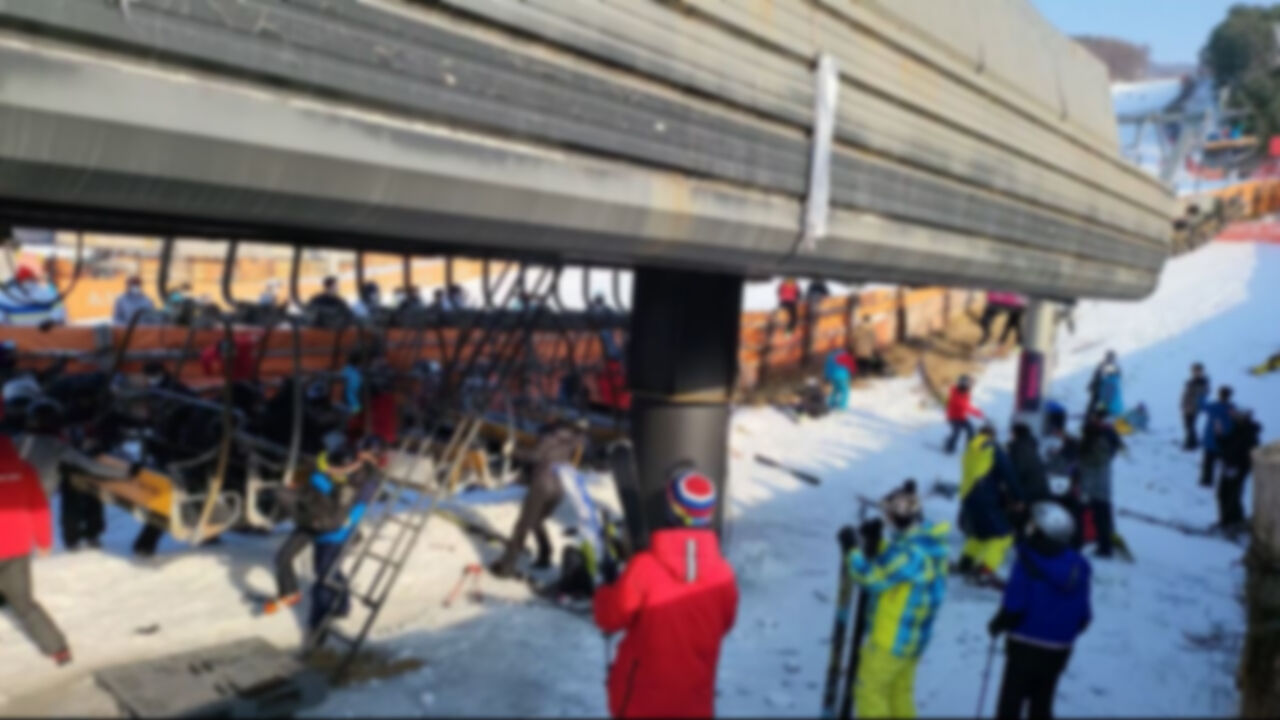 The cause of the Bears Town Lift reverse run accident that occurred yesterday (the 22nd) was estimated to be a machine failure of the reducer.

According to the city of Pocheon, Gyeonggi-do, the cause of this accident is presumed to be a mechanical failure of the reducer.

In addition, on the day of the accident, the city issued an order to suspend operation, and added that the city is making every effort to identify the cause of the accident and prepare measures to prevent recurrence through safety inspections.

An official from the Pocheon Police Station said, "The ski resort lift is in a state of shutdown," and "We are under control to prevent damage to evidence at the scene."

At the Pocheon Bears Town Ski Resort, yesterday at around 3 PM, the lift that was going up to the top of the slope for the advanced course suddenly had a bizarre accident in which it ran in reverse.

As the lift, which gradually increased in speed as it descended, collided hard with the preceding lift at the boarding point, the occupants threw off their skis and jumped to the floor.

Hundreds of occupants were terrified on the fast-descent lift, and after the lift came to a halt, dozens had to hang in mid-air for nearly two hours to be rescued.

One 7-year-old child with bruises in the accident was taken to the hospital, and several were injured in the process of jumping, but the injuries are not serious and about 40 people are said to have visited the hospital for diagnosis.

Witness A said, "After only an announcement that the lift was stopped, the ski resort side was unable to respond properly to the situation in which the vehicle was running in the reverse direction."

The fire department decided that it would be difficult to restart the stopped lift, so 39 people came down on their own, and 61 people escaped by relying on ropes installed by the 119 rescue team.

The rescue operation continued until 5:13 p.m., and some passengers had to fall in fear and cold in the air for over two hours.