A driver in his 60s, intoxicated to the level of his license revoked, was caught driving reverse on the highway at night. There were reports of a car moving in the reverse direction at speeds exceeding 100 km/h. 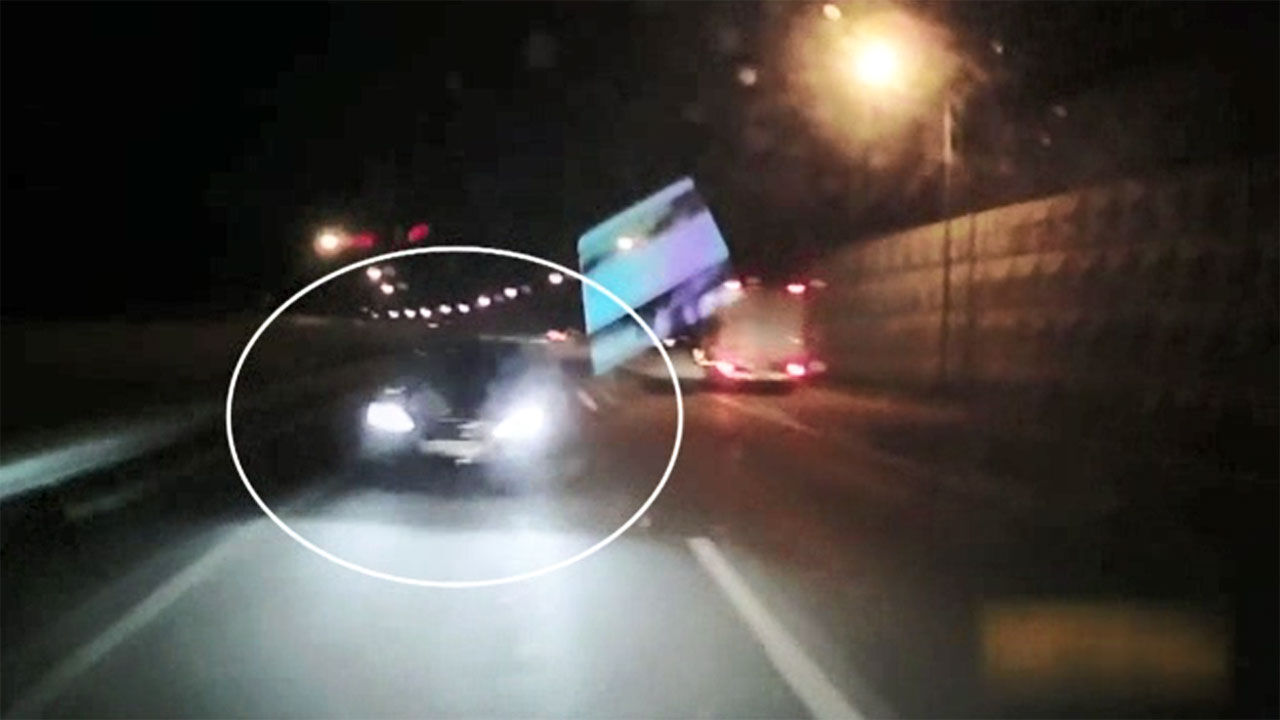 A driver in his 60s who was drunk to the level of revocation of his license was caught while driving reversely on the highway at night. There were reports of a car moving in the reverse direction at speeds exceeding 100 km/h.

This is an exclusive report by reporter Yoon Su-jin of G1 Broadcasting.

I am driving fast on the first lane of the highway, and a car is running backwards from the same lane.

The horn sounded quickly and the accident was avoided in the next lane.

[Lee Yun-woo / Witness: I thought it was the other side's lane, but I think it was about 100 km/h. There was no sign of stopping at all, and the cars behind them were also in an uproar.]

On this day, only about 40 reports were received saying 'the car is running in the reverse direction on the highway'.

Police cars, fire trucks, and road officials were dispatched, but the reverse-running vehicle even made a dizzying runaway.

[Expressway Patrol Officer: At first, road construction safety officers went out, but I think they avoided it. (Is it blocked by a car?) Yes, yes, yes.]

Fortunately, there were no additional accidents or casualties other than a contact accident with a vehicle from the road authority that was reported and left.

Driver A in his 60s, who was caught by the police in 30 minutes, was in a state of intoxication at the level of revocation of his license, and in this state he sprinted 15 km on the highway.

According to the Road Traffic Authority, over 1,200 drunken accidents occurred on highways nationwide in the past three years, killing 50 people and injuring 2,200 people.

The police say that accidents are occurring one after another due to frequent drinking parties during the year-end and New Year holidays, and they plan to intensively crack down on drinking by the end of this month.