Ever since the Venezuelan telenovela Cristal paralyzed Spain in the early 1990s, hooking some 18 million viewers throughout its 258 episodes,... 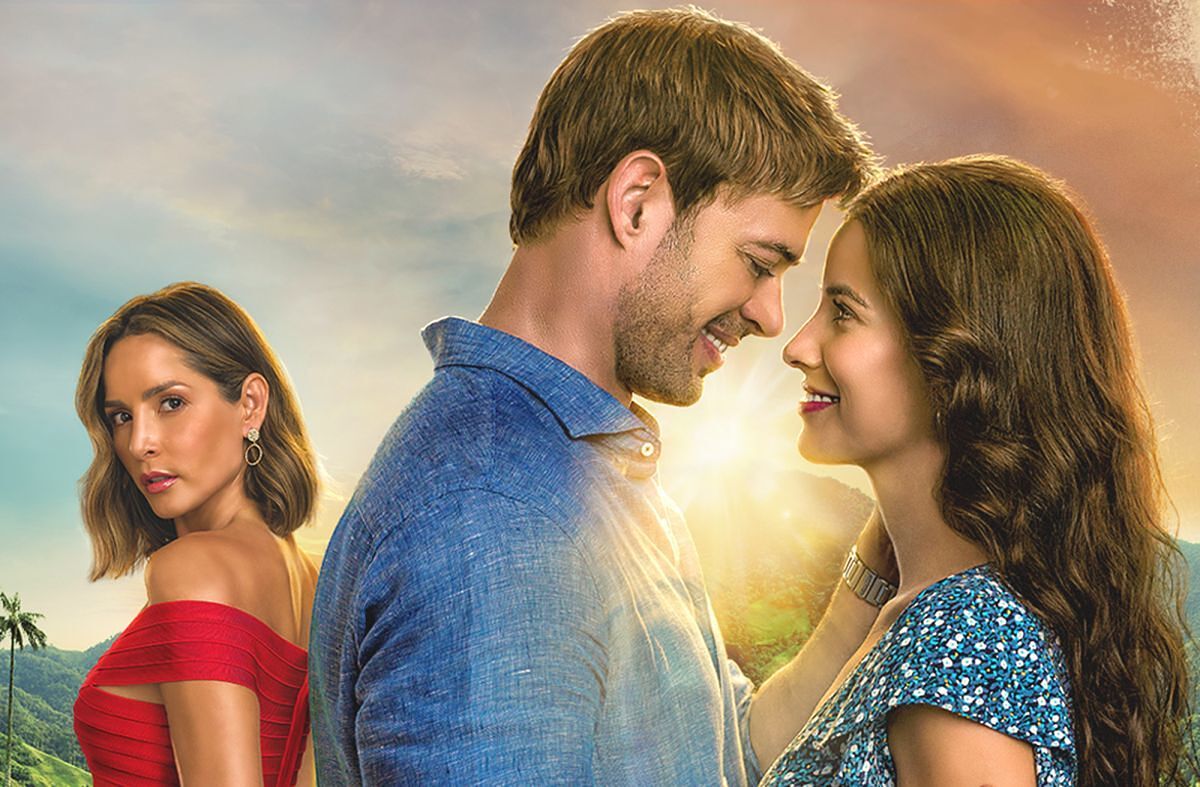 Ever since the Venezuelan telenovela

paralyzed Spain in the early 1990s, hooking some 18 million viewers throughout its 258 episodes, this melodramatic television genre of intrigues, fratricidal struggles and impossible loves has been a constant on screens of our country, although none has reached the great impact of the aforementioned.

Except for a few occasional successes, such as

or, more recently, the Turkish shows

, these series, with a very specific audience, are usually relegated to times outside of

(usually after eating) and secondary TV channels, such as Nova or Divinity.

However, in recent months, the audience for this type of production has turned around thanks to the incorporation of old successful titles and new releases to the catalogs of

platforms . For the second consecutive week,

the two most watched series on Netflix

are two Colombian telenovelas with all the ingredients of a soap opera and with more than 80 episodes each: the first,

recently released in Spain, and the second,

In addition, in a clear commitment to this type of series, the platform has just added the 2004 Spanish television phenomenon

for its subscribers , which has also been placed among the trending

The 2021 Colombian production that Netflix has just released, a version of the 1994 telenovela of the same name, has been ranked first in the Top of

the most popular series in Spain

for several days. The hour-long 88-episode soap opera has all the ingredients to succeed in this type of television genre: the lovable, rich and handsome heartthrob who falls in love with the charming but poor country girl, the hateful villain, heart-stopping landscapes, a ex nosy and jealous, high doses of drama and, of course, the

that characterize these novels, that is, the episode endings that leave the viewer on tenterhooks and wanting to see more, only now there is no need to wait for another chapter to be broadcast the next day, but for the platform to start it automatically.

Gaviota (Laura Londoño) and her mother work in the coffee plantations of the Casablanca hacienda, whose owner dies suddenly after giving them a small piece of land so they can harvest their own plantation.

The death of the boss frustrates the dream of Gaviota, who has no papers to prove Mr. Vallejo's generous gesture.

It will be her son Sebastián Vallejo (William Levy), recently arrived from New York, who tries to help her.

An uncontrollable attraction and an impossible love will be born between them.

the queen of flow

The premiere of the second season of this Colombian series has placed it as the second most watched on Netflix in recent weeks, after

The first season (with 82 episodes) of this current Colombian telenovela with police overtones and good music (a lot of reggaeton) premiered in 2018. The story of Yeimy Montoya, a brilliant composer who, 17 years after being unjustly imprisoned, seeks revenge of the men who sank her and murdered her family, continues in this second installment (of 89 episodes), years after taking her revenge.

However, Yeimy's peaceful life changes after the release of one of the characters from prison and the return of another of his enemies.

Netflix has just added to its catalog this Colombian production that became a worldwide television phenomenon between 2003 and 2004. In Spain it was no different and thousands of Spaniards anxiously awaited the daily broadcast of each of the 188 episodes to find out what would happen with the three handsome Reyes brothers who, to avenge the death of their younger sister, infiltrate the hacienda of Don Bernardo Elizondo as workers, whom they blame for the tragedy. There they meet his three daughters, with whom they fall madly in love.

Twenty years later, the followers of the Reyes brothers are in luck, since this year a second part of this soap opera is expected to premiere, the filming of which is already underway and has the same protagonists, including Danna García (Norma Elizondo ), Mario Cimarro (Juan Reyes), Paola Rey (Jimena Elizondo) or Michel Brown (Franco Reyes).

is the latest success that Turkish soap operas have been seen in Spain, a phenomenon that began two and a half years ago in our country.

The success of these productions has been such that both Mitele Plus, the Mediaset platform, and Amazon Prime, have launched Dizi, an exclusive channel for Turkish series.

The soap opera, which finished airing in Turkey last September, has two seasons and a total of 161 episodes.

The plot does not differ much from the Latin American successes: A young flower seller faces a rich heir for being the cause of losing a scholarship to study abroad.

The boy offers her to spend two months with him as if she were his fiancée and, in exchange, he will help her pay for her studies.

Once again, the handsome, wealthy characters with sculptural bodies, both female and male, the beautiful landscapes and the plots of impossible loves are the stars of the series (it can be seen in its entirety on Mitele Plus).