"Creates the foundations of legal regulation": Russia has developed a law on the relationship between a robot and a person

A bill on the legal regulation of human-robot relations was developed by the Federation Council. The document states that it creates the basis for the legal regulation of new social relations that are formed in connection with the use of robotics systems. It also defines the concept of "robot", establishes their hazard classes and categories. The legislative initiative proposed to prohibit the circulation of robots capable of independently making decisions and created for crimes. In addition, legal entities-foreign agents will not receive a license to turnover and create robots in Russia. 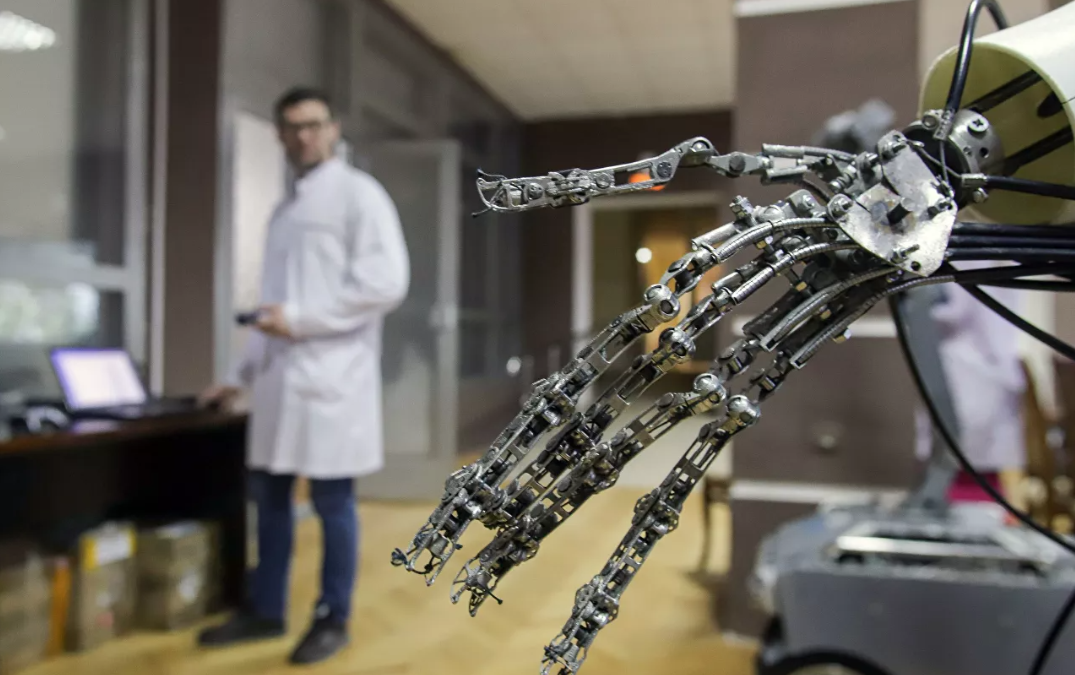 Russia has developed a comprehensive bill on the legal regulation of relations in the field of robot turnover. The document defines the concept of "robot", establishes their classes and consolidates the principles of the relationship between a robot and a person.

According to the head of the Federation Council Committee on Economic Policy Andrei Kutepov (author of the legislative initiative), now in Russia there is no special legislative regulation that takes into account the specifics of the use of robotics technologies, while in a number of countries there is already a primary legal regulation on this issue.

"The bill creates the foundations for the legal regulation of new social relations that are formed in connection with the use of robotics systems, which are predominantly stimulating in nature," says the explanatory note, the text of which is quoted by TASS.

It is emphasized that the legal regulation of relations in the field of turnover of robots and their constituent modules is based on the principles of human and citizen well-being, security of the individual, society and the state, openness of information about robotics technologies.

According to the document, a robot is a product of the achievements of digital technologies (a robotic device, a complex, a system), which consists of two or more component parts, it is controlled by means of a computer program embedded in it and is capable of performing both previously programmed actions by a person and solving tasks in offline mode.

Robots are divided into two categories: civil (industrial, service, medical, educational, scientific), whose activities are aimed at realizing private interests, and service (military and law enforcement), involved in the implementation of the interests of the state and society.

Robots from the first to the third class are proposed to be classified as sources of increased danger and to apply to them the general provisions of civil legislation on liability for harm "caused by activities that create an increased danger to others."

In addition, the bill proposes to prohibit the circulation of robots that are able to independently make decisions and are created for the purpose of committing crimes.

“On the territory of the Russian Federation, the circulation of robots that have the ability to independently make decisions and are able to act on the basis of an independently formulated behavioral algorithm, which are deliberately given properties to ensure their use with the use of weapons, its main parts, ammunition, explosives and explosive devices or other weapons, is prohibited. ", - indicated in the document.

Another provision of the draft law prohibits the issuance of a license for circulation and the creation of robots to legal entities and individual entrepreneurs performing the functions of a foreign agent, business entities controlled by foreign investors, as well as individual entrepreneurs who have an outstanding conviction for economic crimes, as well as medium gravity, grave or especially grave crimes.

Commenting on the initiative in an interview with RT, the general director of ANO Digital Platforms Arseny Shcheltsin noted that it is necessary to prevent cases of infringement of human rights.

“Today, automated systems can not only perform some routine actions and subtasks, they can make decisions ... It is necessary to build an appropriate regulatory framework as requirements for manufacturers of such systems,” the expert said.

He noted that for the full and effective functioning of legislation in this area, it is important to take into account a number of features.

“In my opinion, first you need to deal with philosophical and ideological concepts, after which we have to move on to normative ones.

All this must be done in full synchronization with the industry, developers, system manufacturers, experts, the scientific community, with the business and the international community, ”the analyst concluded.

As the chairman of the board of directors of the manufacturer of autonomous service robots for business "Promobot" Alexey Yuzhakov pointed out, it is necessary to involve the professional community, those involved in the development of robotic technology, in the issue of regulating the relationship between a robot and a person.

“The second thesis from me, as a representative of the industry, is that any regulation at the earliest stages is always harm in any case,” added the interlocutor of RT.

News/Politics 2022-04-15T03:10:11.023Z
Legal warning against using bots to transmit false data and news
Business 2022-03-14T08:10:10.457Z
23.586 billion yuan fined and confiscated! Investigate and punish 176 monopoly cases The State Administration for Market Regulation strengthens anti-monopoly and optimizes fair competition
News/Politics 2022-02-23T23:49:44.051Z
The “Ministerial Development” discusses legislation regulating family businesses
ADS
News/Politics 2022-02-26T09:50:23.122Z
Education: how to learn to code from kindergarten
Sports 2022-02-18T14:18:27.801Z
The world's first humanoid hexapod robot to throw a pot at the Winter Olympics - Xinhua English.news.cn
Business 2022-02-21T07:49:10.901Z
The Ministry of Finance of Russia submitted to the government a bill on the regulation of cryptocurrencies
Business 2022-03-09T23:37:38.662Z
Mohammed bin Rashid: Dubai will be a major player in designing the future of virtual assets in the world
News/Politics 2022-02-25T13:08:27.210Z
The person in charge of the Supreme Law Research Office answered reporters' questions on the "Interpretation of the Supreme People's Court on Several Issues Concerning the Application of the General Provisions of the Civil Code of the People's Republic of China"
Life/Entertain 2022-02-16T14:52:29.593Z
Nikola, a Japanese robotic child with 6 human emotions (video)