This year's College Scholastic Ability Test, which was held for the first time in history with the integrated liberal arts and sciences, was found to be very difficult compared to last year in Korean, math, and English. In the Korean area, the highest standard score was the second highest among the SATs ever taken, confirming that it was an 'extraordinary level'. 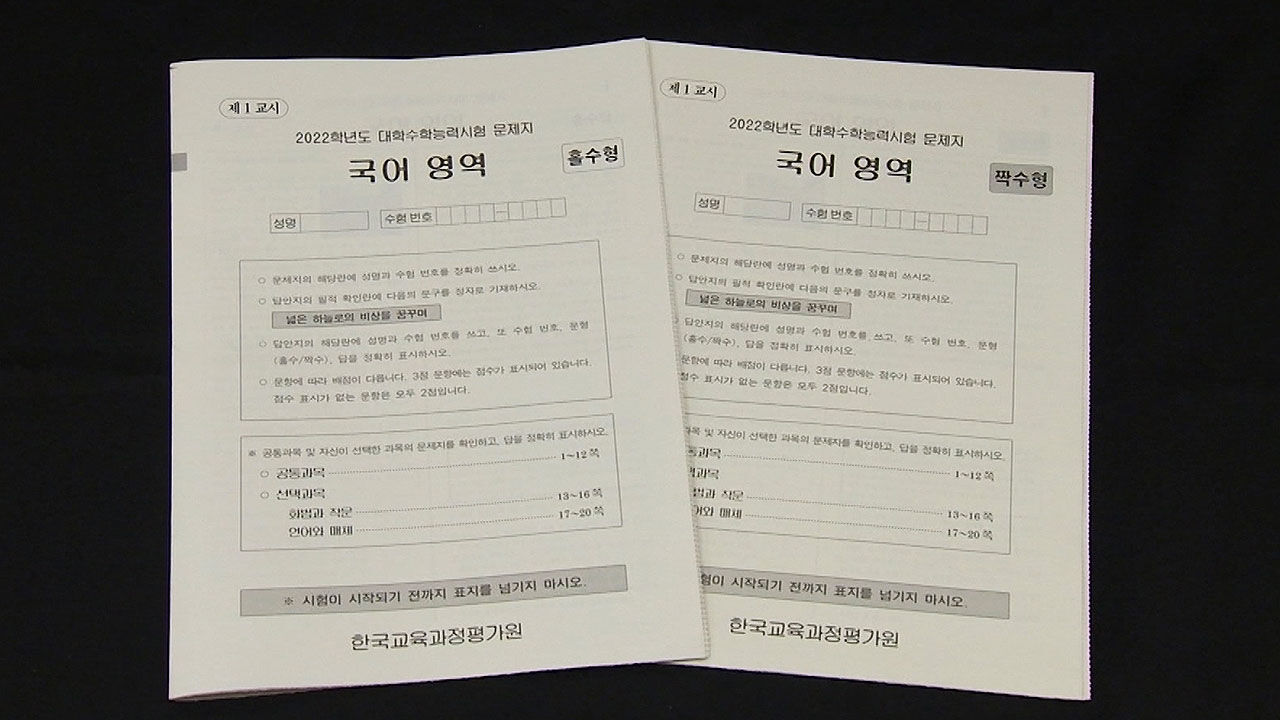 This year's College Scholastic Ability Test (SAT), which was held for the first time in history with an integrated liberal arts and science department, was found to be very difficult compared to last year in Korean, mathematics and English.

In the Korean area, the highest standard score was the second highest among the SATs ever taken, confirming that it was an 'extraordinary level'.

The percentage of test takers in the first grade in the English section, which is an absolute evaluation, was cut in half from last year.

The Korea Curriculum and Evaluation Institute announced today (9th) the results of the SAT scoring for the 2022 school year, which was implemented on the 18th of last month.

The evaluation institute said that the questions were given at the previous year's level based on the analysis that there was no noticeable difference in the academic ability of the test takers due to COVID-19, but the difficulty experienced by the actual test takers was considerable.

If you look at the highest standard score for each area (full marks), the Korean area is 149 points and the math area is 147 points.

The standard score is a score that indicates how far a candidate's raw score differs from the average grade.

The standard score of 149 in the Korean language area was also 5 points higher than last year (144 points), which was evaluated as having difficulty in Korean, and it was close to the highest point of the 2019 SAT (150 points), confirming that it was 'Bulguk'.

In the case of the SAT for the 2020 school year, which was implemented two years ago, the Korean section scored 140 points, the math abbreviation 134 points, and the math B type 149 points.

The number of people who received the highest standard score was only 28 who spoke Korean, which is a significant decrease from last year (151 people).

The first integration of liberal arts and science made mathematics difficult, but it is analyzed that the gap between humanities and science grades has widened as the number of perfect score increases.

The proportion of students who received first grade with a raw score of 90 or higher in the English area, which is an absolute evaluation, was 6.25% (27,830 students), which was 12.66%, which was half of last year.

The level of English 1st grade was 7.43% in the 2020 school year, but it was found that the difficulty level was uneven every year, such as the 2021 school year, which recorded the highest since the introduction of the absolute evaluation, and then drastically reduced again this year.

The first grade cut-off for each area is 131 points for Korean and 137 points for mathematics.

As for the highest standard score for each elective subject, social studies had the highest score of 68 points each for social/culture, ethics and ideology, and the lowest score of 63 points for politics and law.

In the second foreign language/Chinese language area where absolute evaluation was introduced, the ratio of 1st grades in French I, Japanese I, and Chinese I was only 1.33%, 1.49%, and 2.27%, respectively, and German I reached 11.41%. It was great.

There were 318,693 enrolled students, and 129,445 graduates and those who passed the official examination.