The user becomes the biggest gainer? Deep Thoughts on Agile's Investment in Weimar

On December 1, Weimar Automobile also officially announced that its D2 round of financing has received US$152 million. Among them, Agile led the investment of US$140 million. Jinyuan Shanghui and others participated in this round of financing as financial advisors. "Smart electric vehicle parking expert" Weimar W6 is the first domestic mass-produced model with L4 driverless function in limited 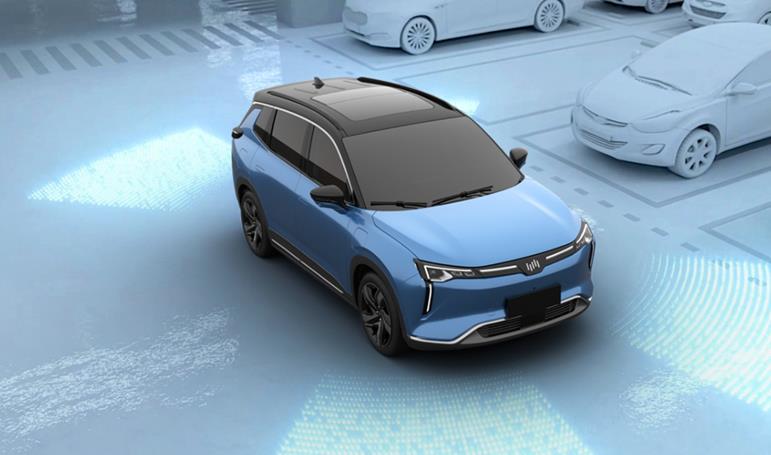 On December 1, Weimar Automobile also officially announced that its D2 round of financing has received US$152 million.

Among them, Agile led the investment of US$140 million.

Jinyuan Shanghui and others participated in this round of financing as financial advisors.

In fact, Weimar Automobile announced on September 22, 2020 the completion of a D round of financing totaling 10 billion yuan, which was also the largest single round of financing in the history of new car-building forces, and Agile was among them at that time.

This is Agile's additional investment in Weimar Motors again.

Up to now, the total amount of this round of financing has reached 457 million U.S. dollars and all have been received.

And before Weimar Automobile's current round of financing, the third-party valuation has reached 6 billion U.S. dollars.

If Agile was just testing the waters before, then the second joint cooperation between Weimar Motors and Agile means that another real estate company will formally in-depth layout of the automobile industry.

Far more than the fundraising of Weilai, Ideal and Xiaopeng before listing.

New energy vehicles have been the leading industry in the past two years. In just two years, relevant strong new energy stocks have risen 5 times or even 10 times.

Among the many new car-making forces, Weimar Motors is the only car company that has built two auto companies with its own highly digitalized and automated smart factories.

At the same time, Weimar Motors is currently the only company in the world that mass-produces and delivers L4 autonomous vehicles in specific scenarios.

These are the key factors for Weimar Motors to win the favor of capital.

Not only that, but Weimar's product camp is constantly being improved.

Not long ago, the debut of Weimar M7 has aroused great attention in the industry.

M7 has completed the L5 level automatic driving presets at the hardware level, and the on-board system can be upgraded by OTA, which means that the automatic driving system of the vehicle configuration can be continuously upgraded with technological innovation, and always keep the product technology at the forefront.

For users, a single investment in a vehicle allows the vehicle to maintain the latest technology throughout its life cycle.

At present, the relevant technology of this model has reached the L4 level automatic driving standard.

Looking at the entire industry, Weimar has achieved the forefront of the industry in this regard.

Weimar has stated many times before that it is committed to providing users with the most advanced technology products.

It is not difficult to see that Weimar Motors has the characteristics of "inclusive technology".

This highly anticipated model is expected to be mass-produced and delivered in 2022.

With the global debut of the Weimar M7, Weimar Motors opened the "SUV + sedan" dual-line layout.

Before M7, Weimar has released three main models of EX5, EX6 and W6, which basically cover the mainstream SUV market.

This time Weimar Motors and Agile have joined hands again. For Weimar, it is not only money, but also the strategic synergy between Weimar and Agile.

Auto commentator Temu believes that Agile, as a domestic high-end real estate brand, is also facing the dilemma of the need for innovation in the real estate industry, and transformation is imminent.

The new energy automobile industry is widely regarded as a blue ocean with broad prospects for future development.

As the main high-end real estate company, Agile Group has formed a stable industrial system through years of development.

Among them, the rapid growth of Agile's real estate sector will also bring about at least 50,000 new owners and 400,000 new potential customers every year.

Based on Agile’s profound property and other related resources, from the perspective of sales and service network alone, with no upfront costs, Weimar Motors will obtain more than 3,000 sales and service touchpoints, which will enhance the massive offline test drive scenarios. , To enhance continuous communication with potential users, and increase sales conversion.

Based on the above analysis, Temu believes that Agile’s placement in the new energy vehicle industry by investing in Weimar Motors is relatively safe.

After all, this cooperation method is based on the existing mature business system framework of both parties, and it brings a steady growth opportunity. Both the capital level and the business growth of both parties are equipped with positive conditions.

Weimar also said that with the help of the D2 round of financing, it will continue to invest in the development of cutting-edge smart electric vehicle technology, and broaden and deepen sales and service channels.

This is not only beneficial to the business of both parties, but the biggest beneficiaries are the user groups of the two brands, who can enjoy the "quality leap" of the two-party service.

According to data, Agile was founded in 1992, with real estate development as its main business, and a comprehensive group with diversified development in life services, environmental protection, hotels, property investment, capital investment and other industries. In 2005, it was listed on the main board of the Hong Kong Stock Exchange.

Weimar Automobile Holdings Co., Ltd. is the leading smart electric vehicle brand in China's mainstream market. As of November 2021, it has delivered more than 83,000 vehicles in more than 200 cities in China.