[Tip] "Newborn baby is bitten by a pacifier and taped"

A report came in that a two-day-old baby was bitten by a pacifier in the neonatal room of a university hospital and fixed on the face with tape to prevent the baby from spitting. 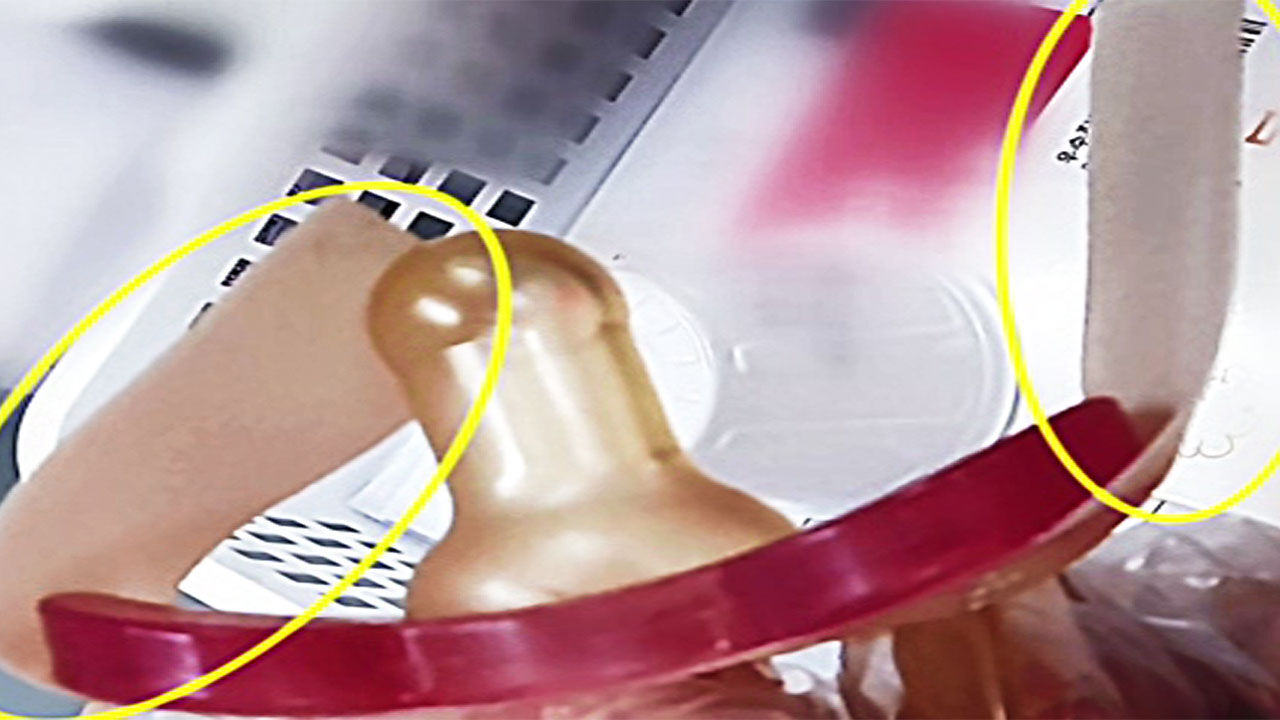 There was a report that a two-day-old baby was bitten by a pacifier in the neonatal room of a university hospital and fixed on the face with tape to prevent the baby from spitting. The hospital explained that it was because the baby was afraid of crying.

Mr. A, who gave birth at a university hospital in Changwon, Gyeongnam on the 28th of last month, was surprised during a visit to the newborn room.

A first-of-a-kind pacifier was placed under the bed of a one-day-old, because it had a long tape on it.

[Mr. A / Mother of the victim: It is very painful to shake your head. The baby was born less than two days ago, how... .]

I asked the hospital, and he explained that the child was whining and biting the pacifier, but he kept spitting and putting tape on it.

[Hospital official: Because we can't keep holding on to (blackmail nipples), we put it there. It's a tape that doesn't cause much irritation.] In

about forcibly biting a pacifier on a two-year-old newborn who refused, but the parents didn't even know this.

[Mr. A / Mother of the victim: (later) If there is an abnormality and then discovers it, how is it okay? Why would you take such a risk and then bite your pacifier? They're just trying to be comfortable.]

When Mr. A, who was enraged, announced this through SNS, comments continued to follow saying that he had experienced a similar thing in the neonatal room of another hospital.

Child experts point out that putting a pacifier on a baby's face, even for non-therapeutic purposes, is clearly child abuse.

[Gong Hye-jeong / Representative of Korea Association for the Prevention of Child Abuse: The fact that a newborn forcibly stopped crying, which can only express everything about himself, can not only cause serious abuse to this newborn but also serious physical harm.]

[Pediatrics Specialty A: It is said that you should not bite the pacifier for the first month after birth.

Breastfeeding may not be progressing well, and mold or something like that is possible…

SBS coverage started, the hospital said it would come up with an improvement plan, but Mr. A reported the hospital to the police for child abuse.