Pilar Akaneya: the most exclusive Japanese menu in the capital (and of which you will not see photos on Instagram)

At the entrance of Pilar Akaneya, Yuko, the receptionist -this is how she introduces herself- welcomes the guests and gives a few touches of the history of the place. In one of the ... 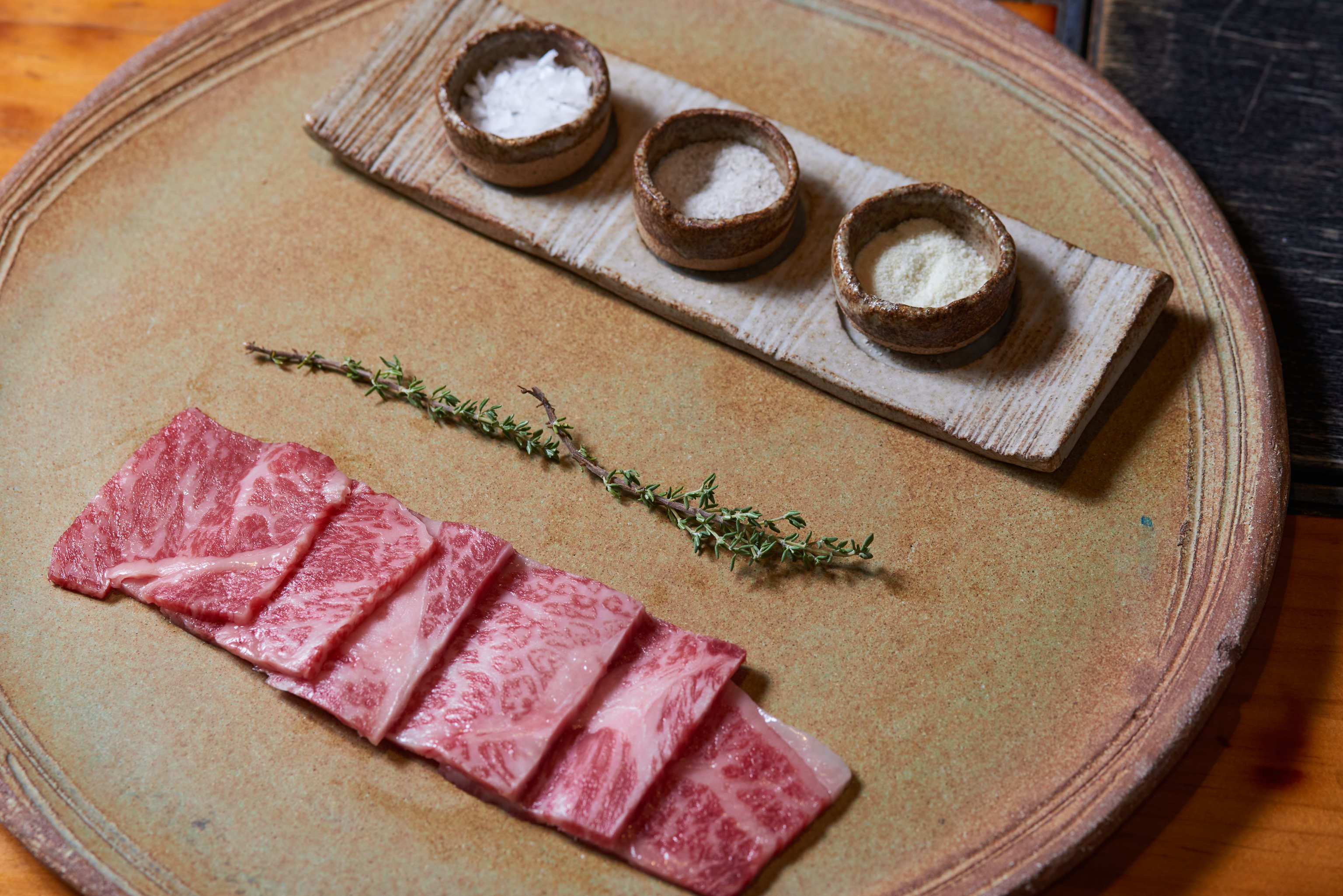 At the entrance of Pilar Akaneya, Yuko, the receptionist -this is how she introduces herself- welcomes the guests and gives a few touches of the history of the place. On one of the walls, hang two certificates that mark, to a large extent, the essence of this Japanese restaurant that, slowly but surely, has become a reference in the capital and a regular stop for Japanese who live in the city. which is always a good sign. An image of a woman with a couple of elderly people and a display case where the pillars of the house are explained (

Returning to the certificates, Yuko explains that "we are in one of the four restaurants in Spain that serves wagyu certified as Kobe Beef and the only one in Europe that offers the C

, a fruit considered luxury in Japan that costs in stores of Tokyo around 200 euros. Before we sit down at the table, Yuko announces the number of people arriving loudly and in Japanese; the living room team answers' Welcome '-also in Japanese- and, from the kitchen, they add' A pleasure'.

the Sansekai menu, the star of the house

, 14 passes paired with sakes - served in a glass of wine because of how aromatic they are - where the diner will discover stories and anecdotes that are transferred to the Japanese country.

Only one of these menus is served per service due to the attention it requires.

Between three and four hours of celebration with the charcoal barbecue -sumibiyaki, in Japanese-

The only request made to customers is not to photograph the dishes or upload them to networks to maintain the effect of surprise to those who will come.

Japanese plum sake is the starting point; It is followed by the crispy tapioca with daikon and carrot, the cabbage croquettes and the kobe beef dumplings A5 -the highest quality-. "Kobe beef is a brand or

that has remained a generic wagyu", they explain to us while they show us a piece brought from the kitchen with the distinctive seal called nojigiku, which is the chrysanthemum flower. The water offered on the table also has its crumb: it is kangen, ionized with Japanese Enagic technology, the only one certified for use in hospitals in that country, the label says.

The tables are actually barbecues raised from the ground;

the charcoal they use is that used by the great Japanese chefs.

binchotan, it's made from oak and it's considered the best in the world,

" says the waitress as she begins to light it.

"It heats over a thousand degrees and cools quickly. It doesn't smoke, it doesn't smell, and it gives the meat an excellent taste."

The difference is marked in every detail.

The rump, the picaña, the loin-pure butter in the mouth- parade through the embers, where each diner prepares them to their liking, although it is always advisable to listen to the advice of the dining room team.

The broths on the menu are equally delicious.

If you had to choose a couple of adjectives to define the room, they would be simple and cozy.

decor is not intended to

It is Sunday and they are sold out.

The room team moves with the utmost discretion between the tables;

always trying to anticipate the needs of the diners.

"In Japan, what is at the top of everything is the most humble," explains Ignasi Elías (47 years old), who together with his wife Chiho Murata (26) have shaped this restaurant that opened in the middle of the pandemic.

We have wanted to make popular food of the best level,

she was the teacher.

"We talked about cooking, recipes, but it never crossed my mind to dedicate myself to it," says Chiho.

Until Ignasi, who in 2011 had opened Carlota Akaneya in Barcelona, ​​considered it. "It was a very enriching immersion, it was a way to

get out of the clichés

that still surround Japanese cuisine." And they began to think about the Madrid project. "The Barcelona project was done; we wanted to open another one with Chiho's concept."

"The topic that we Japanese eat sushi every day is still very widespread," says Chiho, who together with

Pepe Fernández have designed the Sansekai experience. "It's like saying that the Spanish eat paella every day." Born in the city of Fukuroi, with the

wanted to bring a little piece of her home to Madrid; also the cabbage croquettes are a memory of his childhood. "It is a very exquisite and delicate product that is grown in my city. We brought it to the West." Spain is the fifth country in the world to have it. "Only one melon grows on each tree. They carefully control the sugar content of each one and only those that pass the test are sent to their destinations," they tell us while dessert arrives.

It is honeyed, with a smooth texture and a slight sweetness

Yuko is also in charge of saying goodbye to the guests.

"Criticism is important to us, but we pay more attention to whether the customer leaves with a smile," adds Ignasi.

The young woman in the photo on the wall, we have already gotten rid of doubts, is Chiho with her grandparents, to whom she shows a news item from the Barcelona restaurant published in a national newspaper.

That little piece of Japan that he has now wanted to bring to Madrid.

The Madrid of ... Carmelo Gómez: "Madrid has a billion corners, no wonder people lose their minds over it"

The best apple pie in Spain is from Madrid