Another worrying thing is that the number of students suffering from Corona is increasing. In recent months, it has been found that adolescents and children have a higher rate of infection than adults. 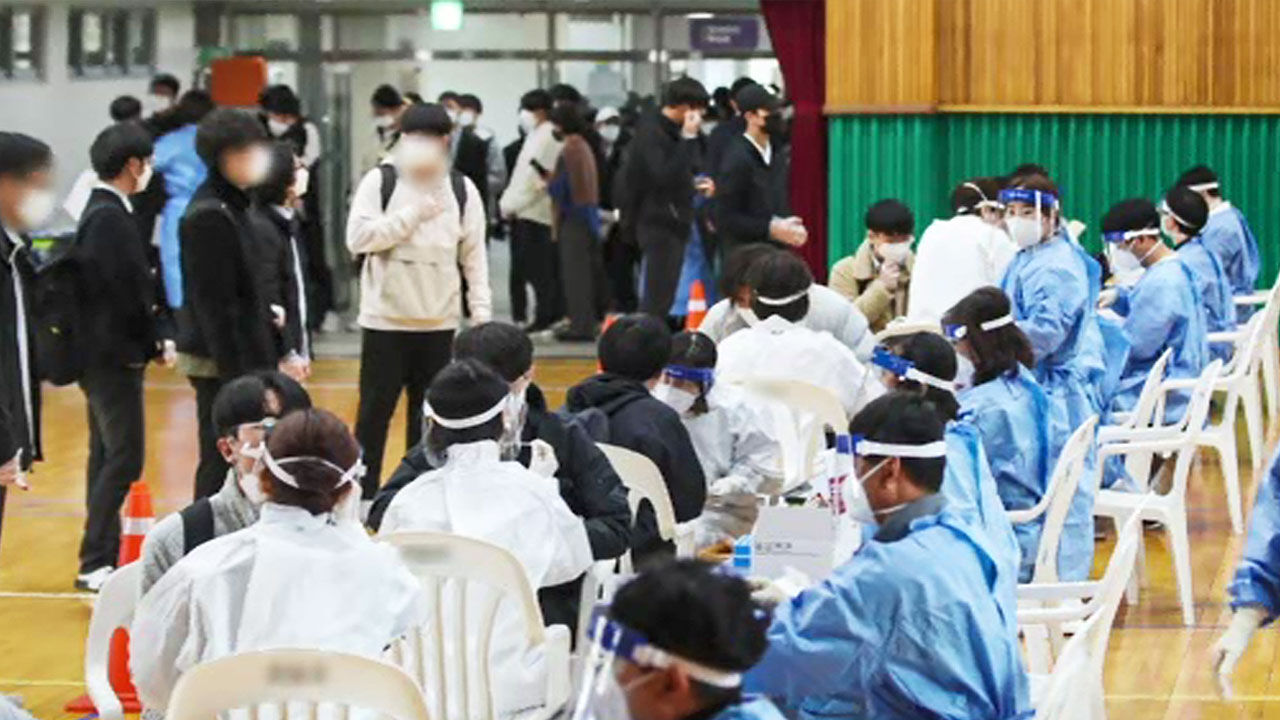 Another worrying thing is that the number of students suffering from Corona is increasing. In recent months, it has been shown that adolescents and children have a higher rate of infection than adults. Many students have not yet been vaccinated, but the quarantine authorities have extended the vaccination opportunity to January next year.

Reporter Song In-ho will tell you about this.

After the start of daily recovery and full school attendance, student infections are on the rise.

[Bucheon Office of Education official: It is (infected) from parents, there are some cases at academies, and there are few cases (infection) occurring in school.] As a

result of analysis of confirmed

cases in the last

Last year, the rate of confirmed cases in adults was twice that of children and adolescents, but this has been reversed as the gap has narrowed this year.

By school level, middle school had the most, followed by elementary school and high school.

However, the vaccination completion rate for 12-17 years of age is around 15%.

[High school sophomore student: I was a little worried about the side effects, so my parents told me not to fit in...

government is encouraging children and adolescents to get vaccinated, stating that the benefits outweigh the side effects.

[Yueunhye / Deputy Prime Minister and Minister of Education: we ask our cooperation inoculation involved so you can return to normal daily life, such as restoring the learning gap which was caused by distance learning;

Government and 12 that was planned to complete up to 27 twelve months 17 years We plan to extend the vaccination to January 22 next year to increase the student vaccination rate as much as possible.

▶ “We are not strengthening our distance right now”…

▶ Confirmation of vaccine passes in trains and restaurants…