A group of people who secretly cultivated cannabis in a country house in a rare place have been arrested. It turned out that they bought various equipment needed to grow hemp through direct purchase from overseas, and quickly grown hemp within three months. 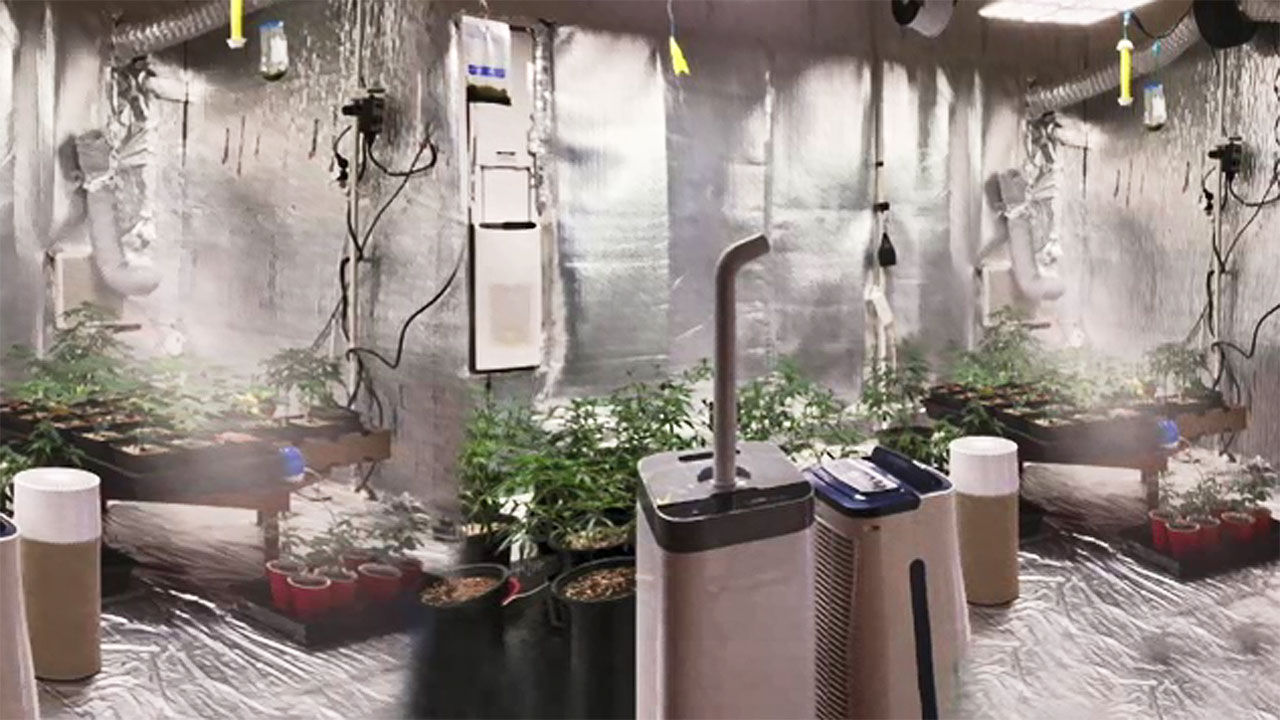 <Anchor> A group of

people secretly growing cannabis in a country house in a rare place was caught. It turned out that they bought various equipment needed to grow hemp through direct purchase from overseas, and quickly grown hemp within three months.

police raid a rural house in the hills where there are few people.

Green leaf plants are growing in 60 pots in the room.

Two people, including Mr. A, turned their house into a hemp plant to avoid people's eyes.

Hemp, which takes a year to grow to full growth, was quickly grown in 3 months while accelerating growth using lighting and a hot air heater.

Police believe that they may have attempted to distribute and produce 300 cannabis stocks for one year and five months from February last year using this method.

[Lee Ki-eung/Busan Police Agency Narcotics Investigation Division: Due to the long-term Corona 19 situation, attempts to produce and supply narcotics such as hemp in Korea, and many cases have been detected recently.]

Hemp-growing equipment is brought in overseas several times through direct

The customs officers were suspicious of what they were doing and worked with the police to find it.

[Busan Headquarters Customs Inspector: Even though the same person received it, it was suspicious to bring it in. Also, the items purchased directly from overseas were such items that can grow hemp.] The

police arrested Mr. A on suspicion of hemp cultivation, etc. and trace the distribution routes of cultivated hemp.