Gonzalo Armas, from the Carbón Negro restaurant (Madrid), has won the award for the best apple pie in Spain with a classic version similar to &amp; quot; tatin &amp; quot; French, ... 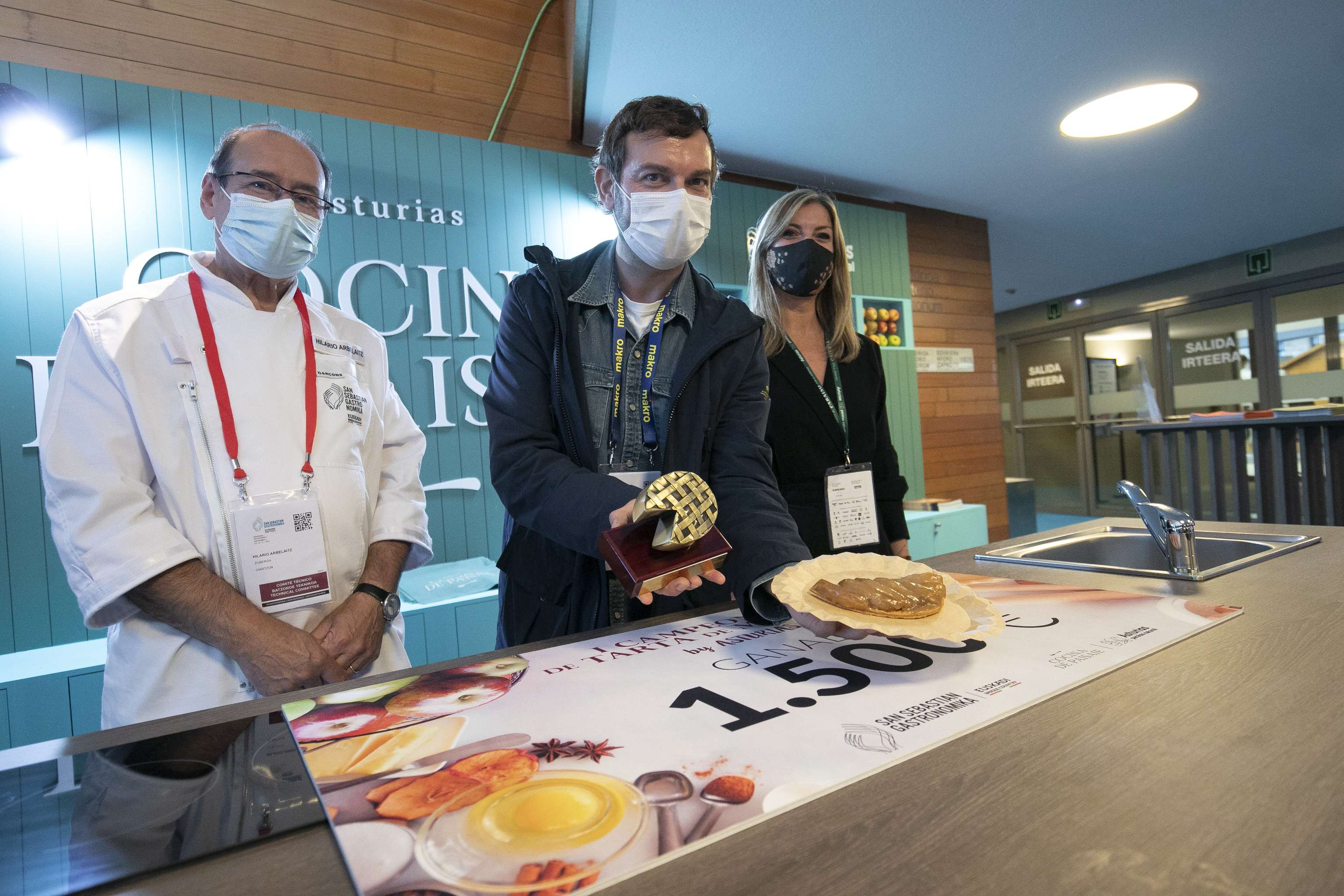 Gonzalo Armas, from the Carbón Negro restaurant (Madrid), has won the

award for the best apple pie in Spain

with a classic version similar to the French "tatin", in a contest held in San Sebastián Gastronomika and in which eight have participated. finalists.

Armas explained that his apple pie proposal is based on

"simplifying, making something simple in one bite and looking for a classic cake

Its preparation has been imposed on those of the chefs of Narru (San Sebastián), Ca l'Isidre (Barcelona), Dspeak (Madrid), Casa Gerardo (Prendes, Asturias), Yarza (Valencia), La Ventana (Santander) and Caelis (Barcelona) The Armas recipe has convinced a jury that they have tasted all the cakes blindly and that it was composed, among others, by the French chef Jean Louis Neichel, the Basque Hilario Arbelaitz, the journalist Esperanza Peláez or the Asturian pastry chefs Miguel Sierra and Julio Blanco.

to publicize its gastronomy, the Deputy Minister of the area, Graciela Blanco, has highlighted that the region's participation in San Sebastián Gastronomika is allowing them to "

publicize the potential of our gastronomy and, specifically, of the confectionery of our region ".

Asturian gastronomy is experiencing very relevant moments in terms of

its positioning as a tourist destination", alluding to the National Gastronomy Award for the Best Cook recently obtained by Nacho Manzano (Casa Marcial) and the promotion of the candidacy of culture Asturian cider maker as a Unesco world heritage site.