It's Halloween time, if not, ask the little ones in the house about the "trick or treating" ... And, although they are not very clear about it, it is also time for sweets ... 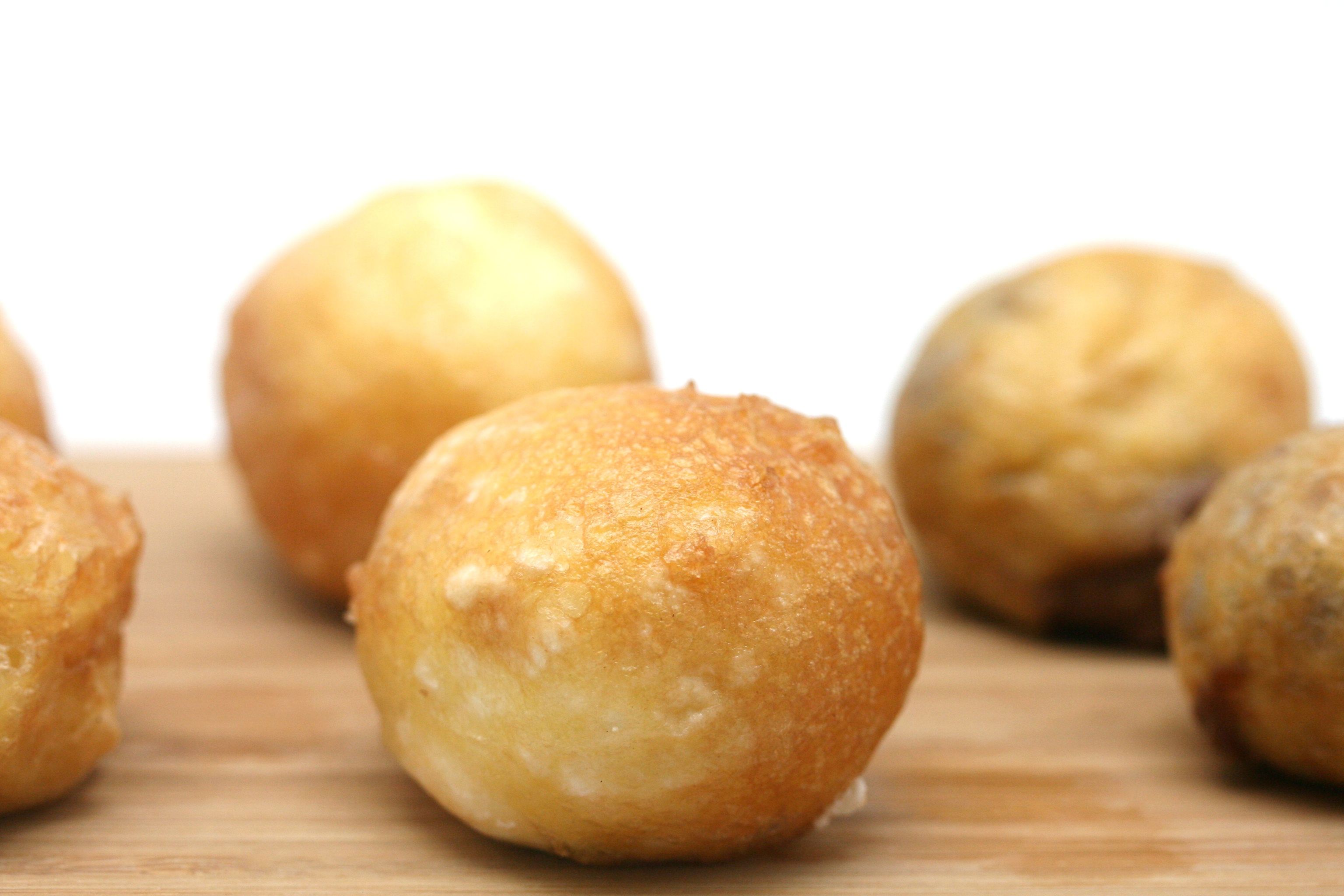 It is Halloween time, if not, ask the little ones in the house for the "trick or treat" ... And, although they are not very clear about it, it is also time for national

, an ethereal snack -when it is well done- that came to us thanks to

and that, as it passed, lost its honey bath and

to fill it. The

, those marzipan canutillos with candied yolk inside or, something of this time, with truffle, chocolate, raspberry ... And the

-almond dough similar to marzipan, covered with pine nuts and bathed in egg white syrupy with sugar- which, although typical of Catalonia and the Balearic Islands, have found a place in the

, according to estimates by the Madrid Association of Artisan Pastry Entrepreneurs).

but also adapted to the times, in the capital we find a good number of establishments where donuts, bones and celestial or almost panellets are sold.

Let's go to them.

Essential boutique for those with a sweet tooth. Despite the fact that the pastry shop that

, the Madrid master dominates sweet cuisine and snacks rooted in Spanish tradition. The secret of its tasty and light fritters is not only in the dough (base of sugar, eggs, flour and butter) nor in the

. The pastry chef also fluently handles the art of saint's bones, which he makes with

and in two versions: dipped in chocolate and filled with Valrhona chocolate and the classics with fine yolk and glaze (price: 8.50 euros / six units).

On sale in the store (Alcalá, 77) and in the bakery of the Lhardy restaurant (Carrera de San Jerónimo, 8), whose sweet proposal Vélez is now in charge of (34 euros / kg).

Family confectionery that has been sweetening the people of Madrid for almost 70 years since, in 1952,

bought this pastry shop in the Salamanca district. Today, the second and third generation are at the fore; that is,

Fernando Palomo and his son, Antonio

, pastry chefs. In their efforts to offer an artisanal proposal and with the flavors of yesteryear, they even maintain

- yes, their descendants - who supplied the confectionery since its inception. From its workshop, located in the store, there are cakes, pastries, chocolates, bartolillos (one of the oldest sweets in Madrid, made with white wine dough with cream) ... And, of course, fritters of cream, cream, chocolate , coffee,

They are available in the bakery (Conde de Peñalver, 42) and in the online store, which has home delivery in the Community of Madrid.

A bet on tradition. That is the day-to-day of this Madrid pastry shop led by

and founded by their parents (still linked to the family business) in 1972. Thus, to maintain the tradition and after the almond harvest (in September) they usually

to select the raw material with which they make saint bones and panellets, among other sweets. Enjoy

their fritters that scalded in extra virgin olive oil, are filled with cream, cream, coffee, chocolate, hazelnut, raspberry angel hair (price: 38 euros / kg). From the bones of saint they sell, in addition to the classic yolk, raspberry, chocolate, chestnut, sweet potato and coconut (48 euros / kg). Variety even in the

, which are filled with egg yolk,

All are available in Horno de San Onofre (San Onofre, 3) and in La Santiaguesa (Mayor, 73).

They also have home delivery and

At the centennial brand that opened its

in Puerta del Sol they bet for this time of year on donuts and bones of saints, made according to the traditional recipe.

But tradition does not mean immobility.

They have just added

fritters to their collection

, which joins the classics of cream, cream, chocolate and other flavors that are increasingly being accepted, for example, coffee, angel hair,

For fans of saint's bones, they propose a

They are available in its three stores (Puerta del Sol, 8; Velázquez, 39 and the recently opened one in the Glorieta de Toledo) and in the online store.

It is impossible to separate its name from the

, but this confectionery founded in 1842 is also synonymous with classic seasonal sweets.

And since now it's all about the Todos los Santos snacks, at Casa Mira (Carrera de San Jerónimo, 30) the cream and cream fritters -the most demanded- are essential, but also those made of chocolate, sweet potato and sweet potato fritters. angel (36 euros / kg).

Its saint bones filled with yolk,

, chocolate, praline or coconut also enjoy the support of the public (46 euros / kg).

We continue with a paradise for traditional sweet tooth with 166 years of history, there is nothing. Opened in 1855 by

, this confectionery maintains much of the original interior design. Thus, it preserves its beautiful

, built by palace cabinetmakers with mahogany brought from Cuba, donated by Queen María Cristina. They pass through fritters of cream, cream, chocolate, coffee,

(35 euros / kg) and saint's bones stuffed with yolk, sweet potato, chestnut, coconut and praline (44 euros / kg) that they make on

. Available in the bakery (Mayor, 10) and in the online store.

, pastry chef and owner of this confectionery in Narváez, 63, it is a restless mind.

have a modern touch that does not usually leave anyone indifferent.

In addition to the classic fritters and others not so much (it offers a wide variety of flavors, from dulce de leche to glacé brown or black forest. 46 euros / kg), they have just launched

It is a collection that includes

And soon they will start selling

The century-old pastry, confectionery and

, master of the sweet kitchen, also points to the sweets of Todos los Santos.

Well, to the sweet, because his proposal

focuses on the wind fritter

Made with artisan ingredients, in this beautiful shop (Fernando VI, 2) they sell them with pastry cream, cream and truffle (38 euros / kg).

With more than four decades of experience in the world of

, the Donostiarra Isabel Maestre transfers part of her varied gastronomic proposal to the two Café-Bistrot that she has at the Gourmet Experience of El Corte Inglés (Serrano, 47 and Goya, 87), where You can enjoy the

of donuts offered this season: pastry cream with vanilla, whipped cream and filled with

GastronomyJavier Brichetto, the king of the Argentine grill who triumphs in Madrid

The best rice dishes in Alicante land in Madrid, although only for three days