Last night in Daejeon, a car driven by a driver in his 20s ran into a motorcycle and rushed into the sidewalk. It turned out that the driver was also under the influence of alcohol. 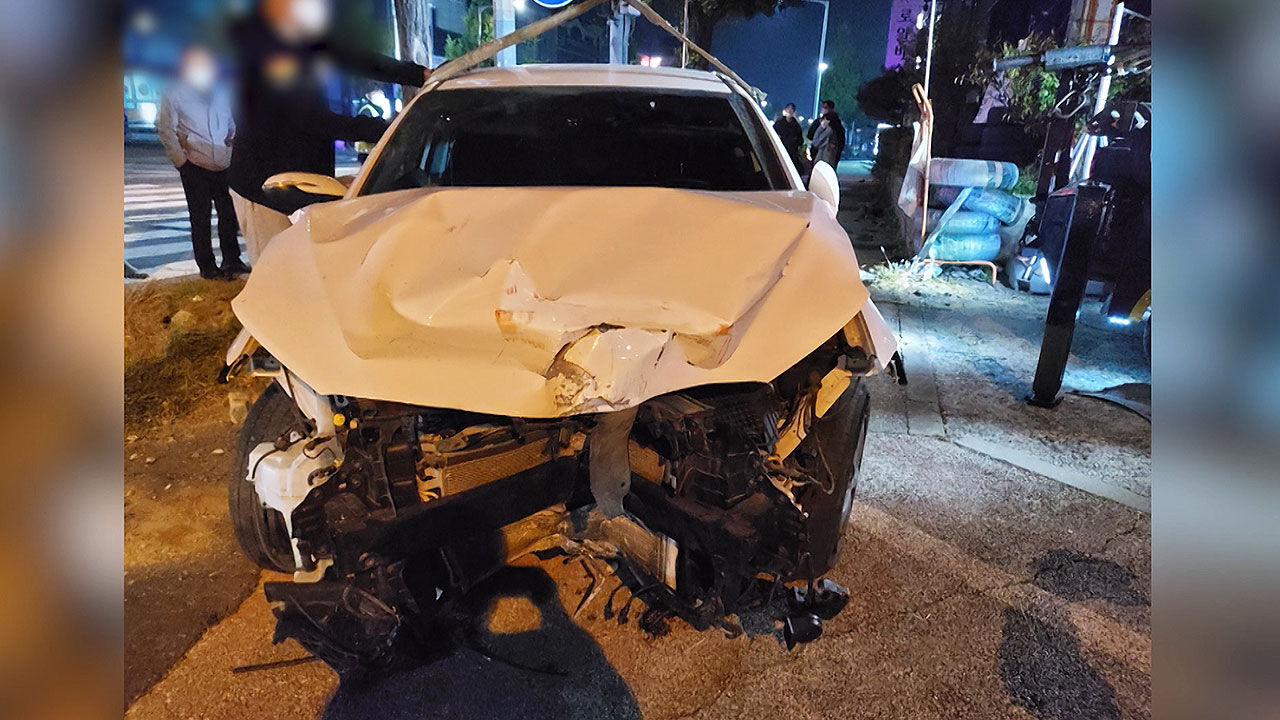 night (26th) in Daejeon, a car driven by a driver in his 20s ran into a motorcycle and rushed to the sidewalk. It turned out that the driver was also under the influence of alcohol.

vehicle with a completely crushed front bumper is on the sidewalk.

Last night around 10:30, on a road in Goejeong-dong, Daejeon, a car driven by a 20-year-old driver, Mr. Yoo, collided with a motorcycle.

After the accident, Mr. Yoo drove his car and fled to Yongmun-dong, Daejeon, but it was investigated that he stopped only after he hit a sign and climbed onto the sidewalk.

Police investigation revealed that he was intoxicated at the time of the accident.

Yoo and the motorcyclist were injured in the accident and are being treated at the hospital.

At around 2:30 am today, an SUV crashed into a bus stop in Seokdae-dong, Haeundae-gu, Busan.

A man in his 30s who was in the car was seriously injured in the accident and was taken to the hospital for treatment.

Police are investigating the exact cause of the accident.

Last night around 10:10, three trucks collided with one after another near Yeosan Service Area on the Honam Expressway in Iksan-si, Jeollabuk-do.

After that, a 3.5-ton truck following in the same direction collided with each other.] In

this accident, two truck drivers suffered leg injuries and were taken to the hospital.