Street layout and courtyards of the nobility: what ancient Russian settlements looked like in the Volga-Oka region

Russian archeology has established what the ancient Russian settlements looked like in the Volga-Oka region. Large-scale studies were carried out in the Vladimir region on the eve of the construction of the Moscow - Nizhny Novgorod - Kazan highway. Researchers determined that the villages of the 12th century had a street layout, they had courtyards of the nobility and various handicraft objects. During the excavations, scientists discovered more than 4.5 thousand artifacts that characterize the features of the economy, life and culture of the population of pre-Mongol Rus, which makes it possible to study this historical period in more detail. 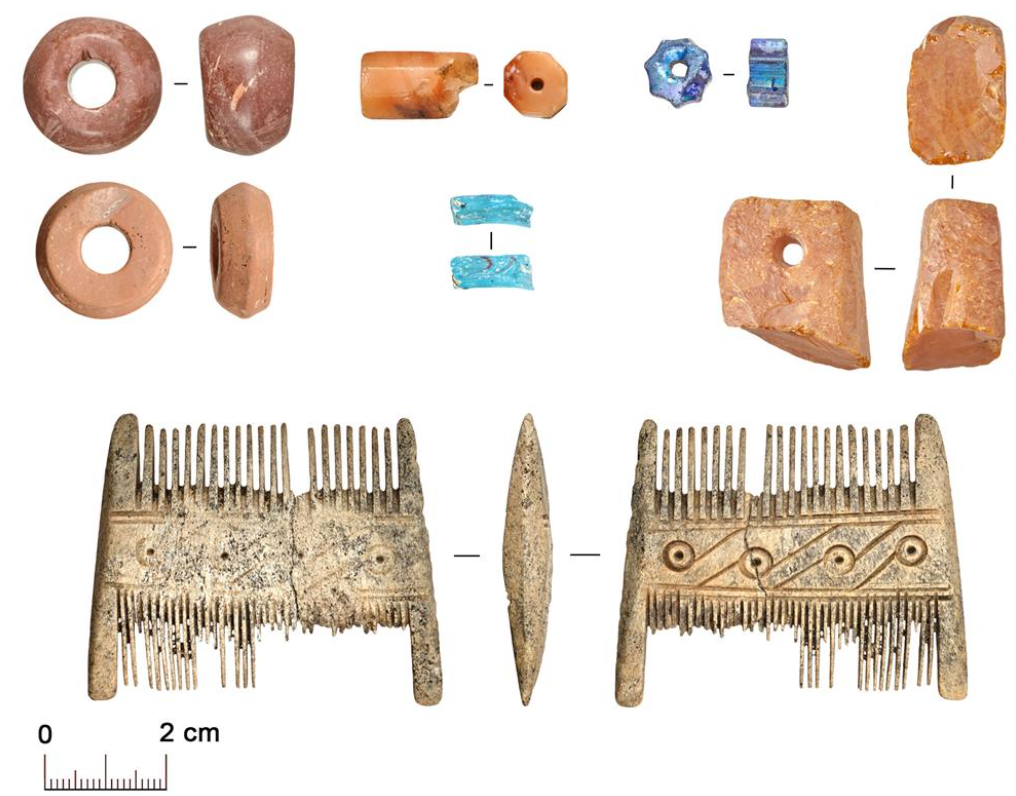 Scientists from the Institute of Archeology of the Russian Academy of Sciences have established for the first time what the pre-Mongol medieval settlements of the 12th century, located in the Volga-Oka region of Russia, looked like.

So, it turned out that these were rich settlements with street planning, "courtyards of the nobility", forges and pottery forges.

During the excavations, archaeologists discovered more than 4.5 thousand artifacts characterizing the features of the economy, life and culture of the population of ancient Russia, the press service of the Institute of Archeology of the Russian Academy of Sciences reported.

The settlements of Chaadaevo and Katyshevo in the vicinity of Murom and the village of Stolbishe near Vladimir were discovered in 2020 during a historical and cultural examination in the territory where the construction of the Moscow-Nizhny Novgorod-Kazan highway is planned.

In the current year, archaeologists have continued to explore these objects.

“Excavations in 2021 for the first time yielded important materials that are fundamental for the characterization of rural settlements of the pre-Mongol period in the Volga-Oka region: we saw how the estates are arranged, and collected extensive material for studying the culture of the Murom land as a special historical region of medieval Russia, undeservedly remaining on the periphery of the research attention ", - noted the director of the Institute of Archeology of the Russian Academy of Sciences, academician Nikolai Makarov.

Scientists have found that these ancient Russian settlements date back to the XII-XIV centuries.

Above-ground buildings in the settlements have not survived, but the researchers found pits with household waste, burnt stones and plaster from destroyed furnaces.

Archaeologists have determined that all the settlements were fenced off with a palisade.

According to experts, these premises served as cellars, which were located under the dwellings.

Scientists also determined that the Murom settlements had a street layout.

A central street up to 8 m wide led from the gate to the center of the settlement. On both sides of it there were estates.

As for the artifacts found at the site of the villages, here mainly household items were found - knives, parts of locks and keys.

During the excavations, tools were also encountered: a slate spindle (a weight used to weight a hand spindle and fasten yarn on it -

), awls, needles and fragments of axes.

The main occupation of local residents was agriculture, scientists say.

In the settlements, archaeologists have discovered pits for storing grain, as well as a sickle and millstones.

According to the researchers, the Muroma tribe (a Finno-Ugric people who lived in the lower reaches of the Oka River in the vicinity of the city of Murom. -

could live on the territory of the Chaadaevo settlement

“Evidence of the Muroma assimilation processes are rare finds belonging to the circle of Finnish antiquities: a lunar pendant with an ornament in the form of a braided braid, ring fasteners, details of pendants and knives with a straight back. The set of these items is not numerous, but together with fragments of stucco Finnish dishes, it constitutes a separate group among the finds and, probably, are traces of an earlier Murom settlement that existed here before the ancient Russian settlement, ”explained Olga Zelentsova, head of the Volga expedition of the IA RAS.

In addition, in the Murom settlements, archaeologists found items of weapons and military equipment, four stylos (a pointed form -

, book clasps and some other things related to the everyday life of local elites.

Also on the territory of medieval settlements were found more than 40 fragments of amphorae used to transport wine and oil.

To rare finds, scientists attributed a lead pendant seal with a breast image of Jesus Christ and the face of an unknown saint.

In the northeastern part of the village of Katyshevo, it was possible to find a completely unique artifact: an adobe pottery forge (kiln for firing ceramics. -

). Also, as the IA RAS reported, traces of iron-making and jewelry production, blacksmith's craft (a pot with iron remains, tongs, anvil, blanks of tools) were found there.

“The two-chamber pottery forge with a vertical system of hot gases inlet has been preserved to a height of 72 centimeters.

In the lower part of the hearth filling, we found fragments of four red clay pots with stamps on the bottoms: two squares inscribed one into the other, the corners of the squares are connected by diagonal lines.

The forge is tentatively dated to the end of the 13th - beginning of the 14th century, ”said Pavel Rusakov, head of the excavation at the Katyshevo village, an employee of the Institute of Archeology of the Russian Academy of Sciences.

In the settlement of Stolbishche, scientists also discovered a number of jewelry and items of the Christian cult of the pre-Mongol period.

According to the researchers, the ongoing archaeological work and the artifacts found during them will help in the study of the way of life and life of the settlements of the pre-Mongol period.

“Excavations of settlements (...) have yielded new materials that are fundamentally important for the characterization of rural settlements of the pre-Mongol period.

For the first time in the study of these settlements, rural estates were completely uncovered and the manor-like character of the planning of villages of the 12th century was established.

Finds in rural settlements of status items related to everyday life and professional activities of the elite confirm the conclusions drawn earlier on the materials of the Suzdal Opolye about the presence of “courtyards of the nobility” in rural settlements and indicate the prospects for their search, ”Makarov said.