In debt up to the neck, Evergrande made a surprise transfer of $ 83.5 million to these creditors at the last minute. However, the Chinese real estate giant, whose fall could have ... 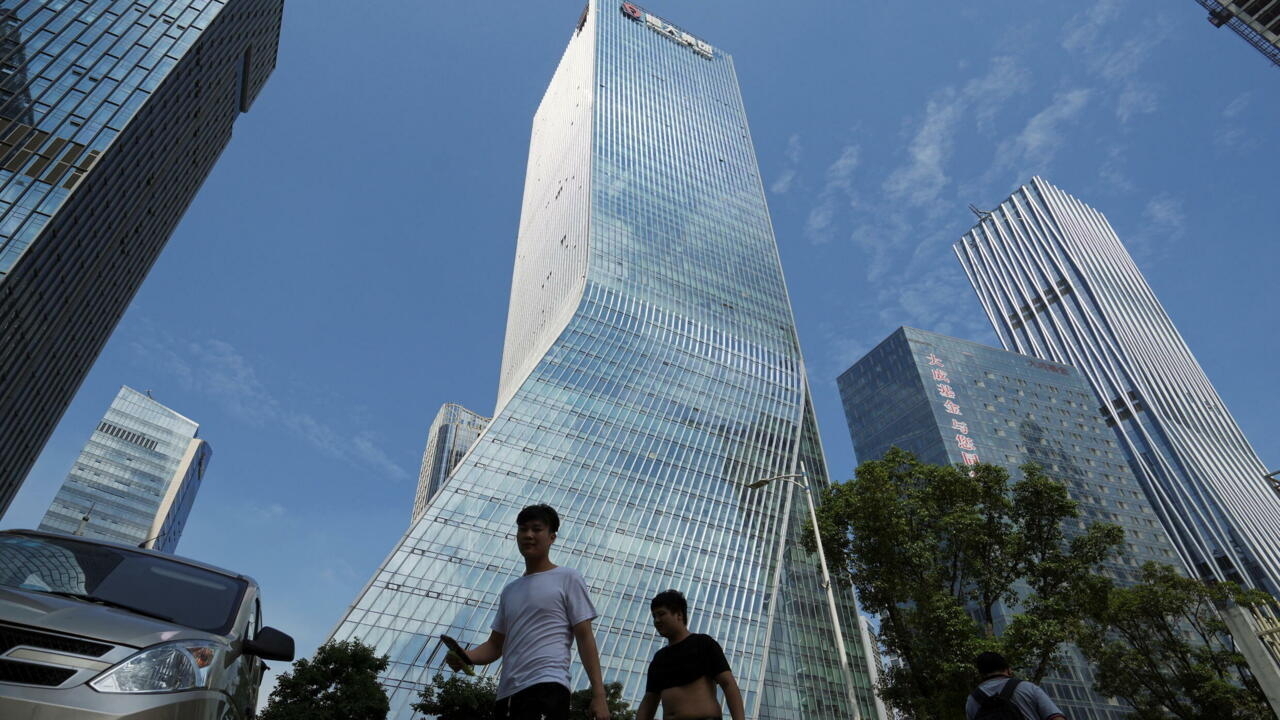 On the precipice, Evergrande has just bought time: the ultra-indebted Chinese promoter, whose bankruptcy could shake the country's economy, made a payment just before a deadline, a media said on Friday (October 22). of state.

The real estate group, one of the largest in China, is dragging a slate estimated at 260 billion euros.

Its financial situation is scrutinized with concern because its potential collapse could slow the growth of the Asian giant.

But the group based in Shenzhen (southern China) is now struggling with abysmal debt, interest payments to be honored and deliveries of apartments that are delayed due to lack of liquidity to complete the work.

Evergrande was due on September 23 for an interest payment on dollar bonds.

The payment was not made, but the company still had a one-month grace period - which ran until Saturday.

To the surprise of analysts, the promoter finally made a transfer of 83.5 million dollars (71.8 million euros) to honor this interest payment, the Securities Times newspaper said, citing "sources" .

The group's action had plunged, Thursday, in Hong Kong to the resumption of quotations after two weeks of interruption.

But the price started to rise again on Friday in the wake of the Securities Times announcement, gaining nearly 5% at the start of the session.

In addition to real estate, Evergrande, sure of its financial strength, has invested in tourism, digital technology, insurance, health and even electric cars in recent years.

But worried about the swelling of the debt in the real estate sector, Chinese regulators imposed last year on the main developers "three red lines", prudential ratios which aim to reduce their recourse to borrowing.

>> To read: Evergrande: the real estate conglomerate symbol of the Chinese "too big to fail"

This decision marked the beginning of financial worries for Evergrande.

It has struggled since to keep its activities afloat and seeks to offload assets to bail out.

The group conceded this week that it had not made significant progress in this regard, after the failure of the sale of 50.1% of the capital of one of its subsidiaries.

This sale could have brought in 2.2 billion euros.

But the concern is felt among individuals.

Dozens of injured owners, not having received delivery of their apartments, as well as unpaid suppliers, demonstrated in September in front of the group's headquarters.

Waiting for a "miracle"

This fear of social unrest could push the authorities to intervene to bail out or restructure the indebted group.

Even if no clear signal has so far been given by Beijing.

Evergrande "may be able to pay this interest, and even pay more. They will have interest payments every two weeks or so" and they are not "a huge sum," he says. 'AFP analyst Chen Long of the Plenum firm in Beijing.

"But at some point, beyond the interest, there will be the principal which will fall due, and that one amounts to several billion dollars", notes Chen Long, according to which Evergrande plays the watch while awaiting a "miracle" or a Beijing initiative.

The poor health of the group is only one of the symptoms of a real estate sector which has been in general seizure.

New housing prices are down for the first time in six years, amid mistrust of buyers facing the risk of bankruptcy of several developers.

In 70 large and medium-sized Chinese cities, prices were trending downward over one year in September, the government said on Wednesday.

According to calculations by the Bloomberg agency, prices have fallen on average by almost 1%.