Self-driving car was invented in the fifteenth century

Long before the very first car appeared on the road, Leonardo da Vinci had already conceived it. The brilliant Italian inventor, scientist and artist even turned it into a self-driving car right away. But it never got beyond design drawings. 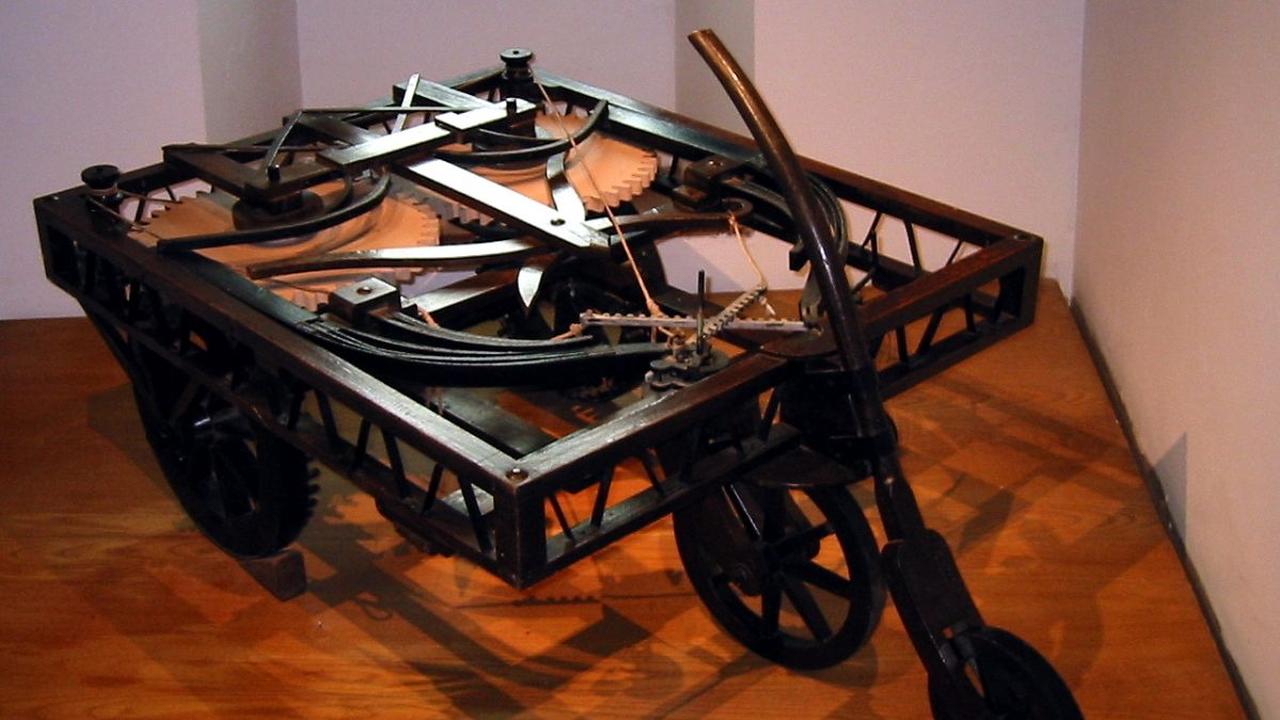 Long before the very first car appeared on the road, Leonardo da Vinci had already conceived it.

The brilliant Italian inventor, scientist and artist even turned it into a self-driving car right away.

But it never got beyond design drawings.

delved into the early history of the self-driving car.

As early as 1478, artist and inventor Leonardo da Vinci at the age of 26 sketched a self-driving vehicle, which in any case does not require a human being to propel it.

That very first 'car' had a special mechanism, but it would be centuries before the very first automobile actually appeared on the road.

In general, 1886 is considered the birth year of the car.

Then Gottlieb Daimler and Karl Benz applied for a patent for their Motorwagen.

It is not known to what extent they were inspired by Da Vinci.

Leonardo da Vinci was a genius in the fifteenth century as an engineer, artist, inventor, chemist, sculptor, composer.

In doing so, he embodied the ideal of the homo universalis from the Renaissance: a person who is developed in all skills and in all areas.

Da Vinci was indeed ahead of his time, at least in his mind and on paper.

For example, he sketched the first flying machines long before the Wright brothers made their first flight.

The car also flowed from his pen early on, or at least a machine that resembles it.

“The vehicle was intended as an aid for major stage performances”

It is said that the vehicle he designed was not directly intended for transporting people, but rather as an aid to large stage performances that were staged at the time for and by the elite.

For example, the vehicle could be used to move large pieces of scenery easily and quickly.

His drawings show a square construction with three wheels.

Inside that construction are gears, which form the mechanism that moves the car.

Steering is done with a kind of rudder with an extra smaller wheel, so that the total number of wheels actually comes to four.

Da Vinci apparently didn't think it was worth fully fleshing out the car in his sketch.

He placed particular emphasis on the mechanics.

The mechanism is therefore quite special and consists of two leaf springs that are loaded by pliers. The energy that is thus stored in the leaf springs is transferred to the wheels by a complex system of gears. With the latter, Da Vinci has in fact already put something on paper that resembles the modern differential. As far as we know, Da Vinci never worked out the concept himself in practice, as is the case with many of his sketches - for example of flying machines.

It is not known whether his design would have actually functioned in the time in which it was drawn.

Much later, several replicas of Da Vinci's vehicle were built that do function.

The disadvantage of the suspension system is of course that it has to be wound up continuously.

This means that the vehicle can only cover short distances under its own power.

Which car insurance is right for you?

Idea is similar to toy cars

The principle of the drive technology can be compared to the toy cars equipped with a spring mechanism, which you first pull backwards (to wind the spring) and then shoot away as soon as you let go of them.

Although the vehicle clearly has its limitations and only came to life on paper, it says a lot about Da Vinci's progressiveness.

About four hundred years before the idea of ​​an automobile arose, he was already thinking about vehicles that could move under their own power, without having to be pulled or pushed.

While the first cars appeared on the road at the end of the 19th century, it seems that only in this 21st century will the fully self-driving car finally become a reality.

It can take over all human functions, including steering.

Almost all major car manufacturers now have the technology in house and expect to bring such a car on the market within five to ten years.

Read more about Da Vinci's self-driving car on this page of AutoWeek.

There you will also find a video about the design.