Eight bakeries where bread smells and tastes (really) like bread

Natural and unhurried fermentations, stone-ground or organic first-class flours, sourdough ... These are common terms in those newly minted artisan workshops that ... 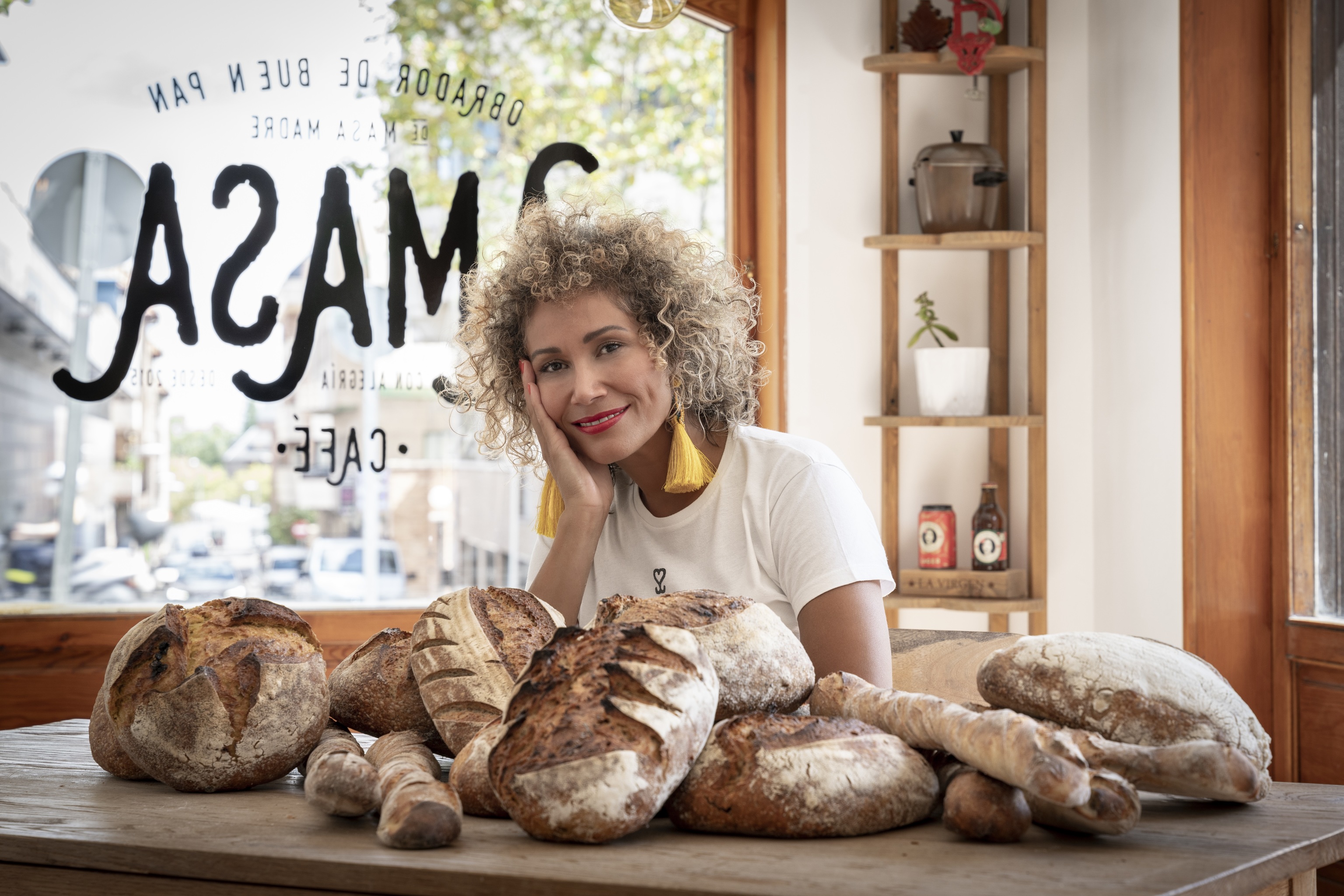 ... These are common terms in those newly minted artisan workshops that have insisted on recovering the

baker's trade and the bread of yesteryear

Today -October 16- that the planet celebrates World Bread Day, why not

by one of them and try a bread that tastes and smells like bread.

learned from her parents,

, that the land and its products need time. As breads -

- that every day leave this workshop that runs from 2015. slow fermentation and organic flour and

in its three locations are shipped from classic white wheat loaves to special breads, such as of

(one of the oldest wheat varieties that are known and a sweet flavor reminiscent of butter), and also

(38 years old), located in the Madrid town of

, became famous with its roscón, chosen best of the year in 2021, but its breads are not far behind. "I'm looking for high-quality and local cereals," he explains. "I

because there they are very advanced in this," he says. Five people currently make up the team. "Many of our processes are with

, a minimum of 48 hours". Ciabatta (2.50 euros) and peasant (3.60 euros) are the most demanded, although wholemeal breads also have their audience. "I am

Every day there are three or four different loaves. "For those who ran out of roscón last year, they will be back to work next week and can now be booked.

One hundred and thirty

Guido and Alberto, are at the forefront of this meeting point for lovers of good bread and pastry.

In 2020 they received the award for Best Bread in Madrid, from the Matador Club.

of excellent quality and

The whole wheat loaf (5.75 euros) and the flax and oatmeal (6 euros) are highly appreciated, as is their baguette (1.80 euros).

They have the workshop in Chamberí (Fernando el Católico, 17) and they also have a point of sale in the La Paz Market.

where they include the origins of Sumatra and Colombia as seasonal novelties.

and which has four stores in Madrid, including the flagship which, in addition to being a workshop, is a

Here everything is controlled (temperature,

pH of the masses

, the sourdough ...) to develop craft pieces as hogazón, the baguette, breads gluten- and lactose or, finally,

that they undergo a process of refreshments and that they launch to celebrate World Bread Day. Average price: 6.50 euros per kilo

smells and flavors of gastronomy have always lost

gave him extra time to dedicate himself to other things, from interior design to the world of bread, where he fell "never to return," says Paco.

He began to investigate and learn

the title of baker

. And, in 2018, the year in which he opened his workshop in Ciudad Lineal, it finally became his profession. Long fermentations, organic flours without additives,

, respect for the raw material and for the product are the main characteristics of their breads.

Here they make loaves (there are about a kilo and a half), special breads of the day,

and local queens, along with the house loaf and

Gutierre de Cetina, 49. Closed on Sundays and afternoons (except on Thursdays when it opens until 8:00 p.m.)

, a surveyor by profession, began making bread for his family and friends and over time the hobby was revealed in vocation and work. In 2017 he opened, with

this bakery that is

and that at 12 in the morning on a Friday or Saturday usually runs out of bread. Among its clients are restaurants such as

specials that they do from Tuesday to Friday

also have a lot of pull

(Tríz, which is a mixture of wheat and corn; of chocolate; of nuts and raisins and

, with roasted garlic and habanero pepper) and that

The Cocheteux, father and son.

What was a family hobby became a project and, finally, in 2017, reality.

opened a bakery in the Salamanca district that, in a short time, became a reference in the capital. Barely four years have passed and they already have two workrooms with offices; a cafeteria in the

. Every day they bake

made with sourdough and organic flours,

stone-ground and without additives

It has just launched Club.Delirio., A

Do not look here for allusions to

, but rather to the

. Run by the García family,

(Toledo), headed by Antonio, this workshop seems to have been born with a star. Only one year after its opening it won the award for Best Bread in Madrid 2019 (contest organized by the Matador Club) and is the

of the contest for the Best Artisan Butter Croissant in Spain 2021. "We have gone from selling

, "says Antonio. From his bakery, in sight, comes a great variety of breads (

from the house), sourdough loaves, rye, the award-winning field (semi-whole wheat and sourdough), beer, old wheat ... Price: from 1.40 to 6 euros.

MadridPrrimital, the gourmet butcher shop that triumphs with a veal nugget

GastronomyPoke, the dish that triumphs in Madrid and made Obama fashionable