In the United States, the mystery of the “Great resignation” of millions of Americans

More than 4.3 million Americans resigned in August, the Labor Department revealed on Wednesday. This phenomenon has grown to such an extent in the United States that it is starting to have repercussions ... 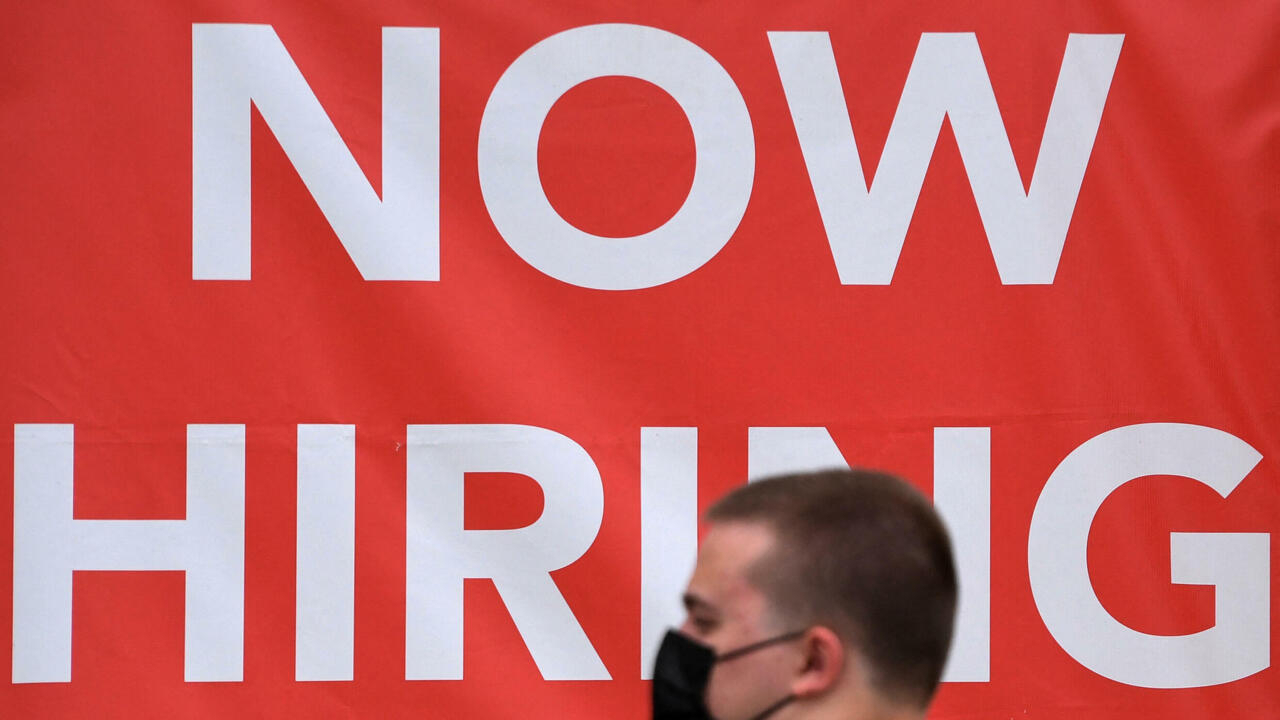 Americans call it the “Big Quit” or “Great Resignation”.

This “Great Resignation” refers to the wave of employees leaving their jobs in the United States.

They were more than 4.3 million to submit their letter of resignation in August, according to the latest statistics from the Department of Labor, published Wednesday, October 13.

This is unheard of since 2000, when the monthly quit statistics started. “This corresponds to more than 3% of all private sector employees who have left their jobs, more than the previous record. , in January 2001 (2.8%), while economic conditions were still looking good, ”recalls Christophe Blot, specialist in the American economy at the French Observatory of Economic Conditions, contacted by France 24.

And the current phenomenon is not limited to a single month: 20 million employees have left their jobs since the beginning of the spring, the US media calculated.

“But there has been a clear acceleration over the last three months,” notes Christophe Blot.

The phenomenon is so massive that it is no longer only discussed in academic circles between economists.

The “Big quit” is the guest of debates in the morning hours of the major cable channels, and the very popular show The Daily Show by comedian Trevor Noah even devoted an episode to it, Wednesday, October 14.

This wave of resignations does not affect everyone in the same way.

Nearly 40% of the employees who slammed the door worked in mass distribution, in hotels and restaurants, or in the personal services sector, notes the Labor Department.

The sketch of the employee who resigned in August is a woman, over 35, who lives in the Midwest. There are, in fact, 5.5% of female employees of SMEs who quit their work against “only” 4.4% of their male colleagues, according to an analysis by Gusto, a company providing services to businesses. The number of quits has jumped by more than 20% among workers approaching 40 and is almost twice as high in central states of the country compared to coastal regions, according to a study published in the journal Harvard Business Review .

The Labor Department simply gave these figures without offering an explanation.

Enough to leave the field open to economists and commentators who have, in recent days, multiplied the theories while recognizing "that it is still a little early to draw definitive conclusions as to the reasons for this phenomenon", underlines Christophe Blot.

It would illustrate, above all, a great fed up of employees in the sectors hardest hit or called upon during the health crisis. It is no coincidence that supermarket cashiers, caregivers, housekeepers in hotels and other holders of low-skilled and poorly paid jobs are the most likely to have slammed the door, underlines the Wall Street Journal. “Now that the economic recovery is here, these workers are realizing that there is no reason why they continue to be underpaid, having been under pressure for almost a year while there has more and more opportunities to find another job ”, estimates the great economic daily of the east coast.

On social networks and community sites like Reddit, messages from Americans celebrating their resignation in protest against deplorable working conditions have multiplied in recent weeks. A video, posted at the end of August by a Walmart employee who filmed herself announcing her resignation live to the entire store, was all the rage on TikTok where it has been viewed millions of times.

A note published by Goldman Sachs further suggests that state financial aid put in place to guarantee minimum income during the pandemic has made the prospect of resigning less frightening for some of the employees. But this analysis, which amounts to blaming the government for the current wave of resignations, has been contested by other economists who point out that in August, a large part of this public aid had been revised downwards or stopped ... And that hasn't stopped Americans from continuing to quit their jobs, the Washington Post notes.

The teleworking habits taken during confinement have also changed the geography of the job market.

“Qualified employees working in the more agricultural regions of the Midwest were less hesitant to resign because they realized that they could apply for jobs across the country without having to move,” said the study taken up by Harvard Business Review.

Some economists even manage to link the boom in the stock market since the start of the pandemic to the “Great Resignation”.

“Baby boomers have seen their stock portfolio gain so much value during this health crisis that they were able to retire early,” says the Wall Street Journal.

There would even be chain reactions, with resignations leading to others.

This would be the case in the early childhood sector: faced with the shortage of nursery nurses, it is becoming increasingly difficult to find places in crèche.

On the strength of the savings that these young couples were able to make during the period of confinement - the savings of Americans jumped by 4 trillion during the health crisis - some decided that one of the two parents could afford to resign for s 'take care of the child, found the Washington Post, which met several of these young parents.

No more money is enough

This “Big Quit” is starting to have repercussions on the entire American economy.

Again, this is unheard of since the turn of the millennium, notes the AP agency.

“The big question is whether the trend for a labor market with many opportunities will continue in the longer term, which could bring the US economy into a situation close to full employment [when workers had a plethora of workers. job choices] of the 1970s allowing an upward revaluation of wages ”, summarizes Christophe Blot.

Several large brands, such as CVS, Cosco, Walgreens have already started raising the minimum wage to more than $ 15 per hour.

But that is not always enough.

Another lesson from this wave of resignations “is that salary alone is no longer the only motivation.

It is more generally better working conditions that are sought ”, notes the economist of Ofce.

Good health coverage, for example, has often become the number one priority for people looking for a new job.

The health crisis has shown how important access to affordable care can be.

In the United States, it is generally employers who offer mutuals to their employees.

But not all employers are ready to bend over backwards to attract employees and are looking for other ways to compensate for the understaffing. In the hotel industry, for example, several chains, interviewed by the Wall Street Journal, indicated that they had decided to cut back on certain services: less choice at breakfast, rooms redone less often or even electronic terminals for check in instead of receptionists. Bar owners are also looking to replace servers with tablets on which customers can order.

This will probably be one of the great battles of this way out of the crisis in the United States: will it allow us to see an improvement in working conditions or will, as the host of the Daily Show said Trevor Noah, customers “will soon have to cook their own meals on their way to a restaurant”.