The president of the Riojan Government, Concha Andreu, has apologized after noticing, by the publication in networks, that she was accompanying in a car at 156 kilometers per hour ... 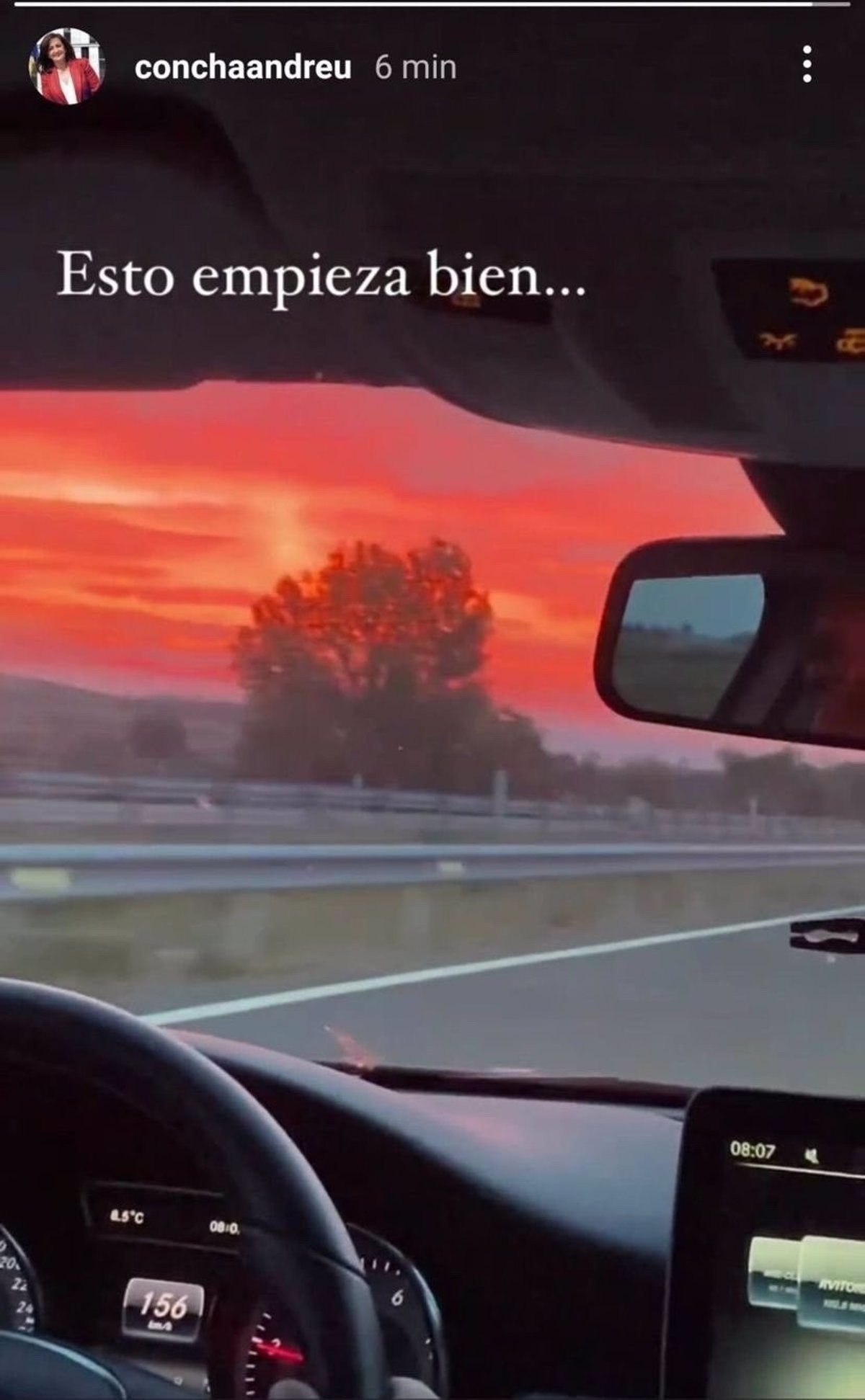 The president of the Riojan Government, Concha Andreu, has apologized after noticing, by the publication in networks, that she

was accompanying in a car at 156 kilometers per hour

when she was going to Valencia to the National Congress of the PSOE.

A photo that he withdrew after the controversy broke out in social networks for speeding and, minutes later, upload a photograph of similar composition but with the speedometer of the tourism cut out of the image.

According to sources from the Riojan government consulted by Europa Press, the president "

did not drive nor was it an official car

He was a companion in the private car of a colleague.

"She has not exceeded the speed limit, she has not broken the law but it is true that it was a mistake to post that photo and

not have realized the speed at which she was going,

" these sources have explained, adding that, when it is noticed, the driver has slowed down.

Andreu had posted the photo, first thing in the morning, on Instagram to

that accompanied them on their trip with the phrase "this starts well."

The photo has been shared on this network, and also on twitter, and, among them, the Popular Party deputy Diego Bengoa warned: "There you have the president of the Government of La Rioja circulating at 156 kilometers per hour violating the speed limits. I hope the Civil Guard will take the appropriate measures and sanction it.

The president, government sources have pointed out, "

for the photo she had posted, and as soon as she has realized the error, she has removed it."

He apologizes not only for the photo but "because he was in a car whose driver has exceeded the speed limit and has not realized it."