A memorial service for the late Hong Jeong-woon... "Severe punishment, finding out the truth" parents appeal

Last Wednesday, Hong Jeong-woon, a third-year student at a specialized high school, drowned in the sea in Yeosu while conducting field training. A student without a diving license had to do unplanned underwater work, and safety rules such as two-person work were not followed. 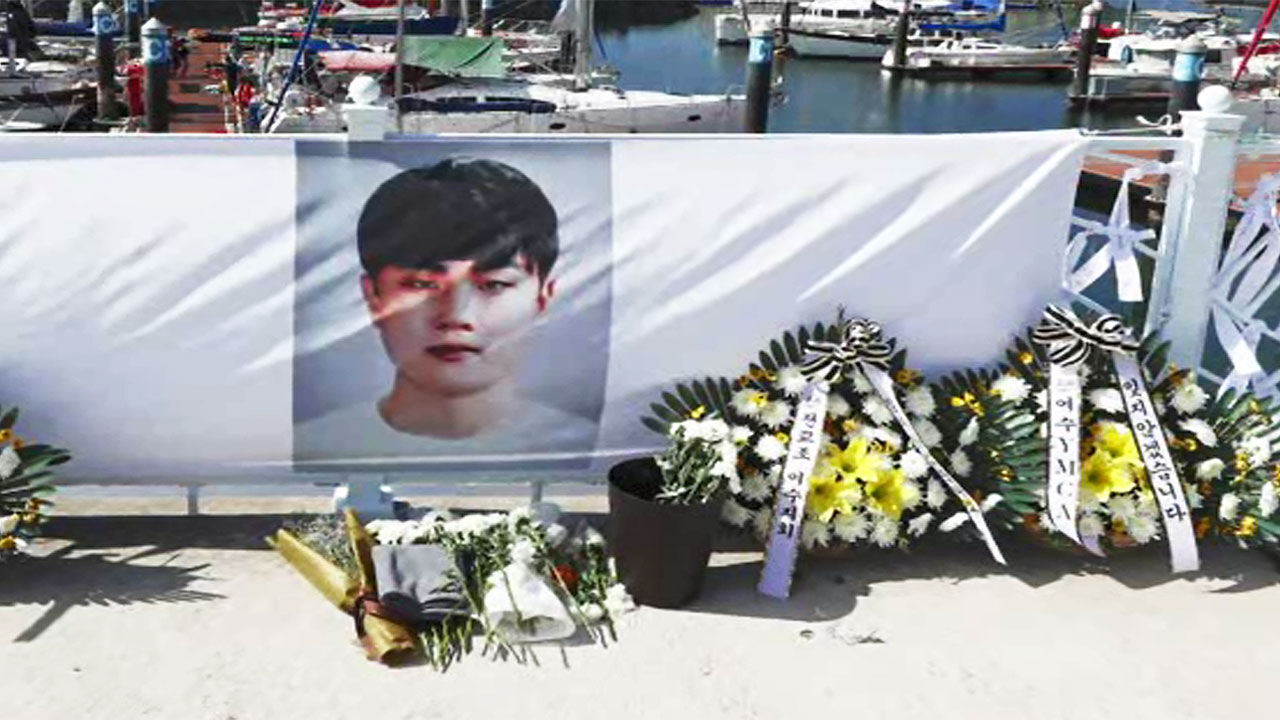 Last Wednesday, Hong Jeong-woon, a third-year student at specialized high school, drowned in the sea in Yeosu while conducting field training. A student without a diving license had to do unplanned underwater work, and safety rules such as two-person work were not followed.

Connect with reporters. Reporter Kim Sang-min, did the memorial service start a little while ago?

memorial service to honor Hong Jeong-woon started a little while ago at 7:30 here in Sinchon, Seoul.

If you look behind me now, the participants of the memorial ceremony are holding hand signs with candles and the words to illuminate Hong's unfair death and to clarify the truth.

As you all know, Hong went out for field training and did not come back with his family and friends.

At the time of the accident, Hong was submerged and took off the barnacle that was attached to the bottom of the yacht, but he could not untie the belt with a 12 kg lead and sank into the sea.

Hong said that he was not good at swimming because he was usually afraid of water.

I didn't even have a diving license.

The practice plan states that Hong's mission is to assist on board and serve customers.

It is said that there was no safety manager at the site even after doing the wrong thing, and the principle of diving in a group of two was not followed.

How is the investigation going?

Coast Guard has booked the CEO of a yacht company on charges of manslaughter and negligence and is investigating the case without detention, and the Ministry of Employment and Labor has begun overseeing occupational safety and health.

On the morning of the 15th, the bereaved families of Hong-gun submitted a complaint to the Coast Guard and the prosecution urging them to find out the truth and punish those responsible.