Six years ago, a treasure came into the hands of Beltrán Lauroba (45). Red, somewhat ugly but very rich. When he tasted that tomato it was clear that something had to be done with that ... 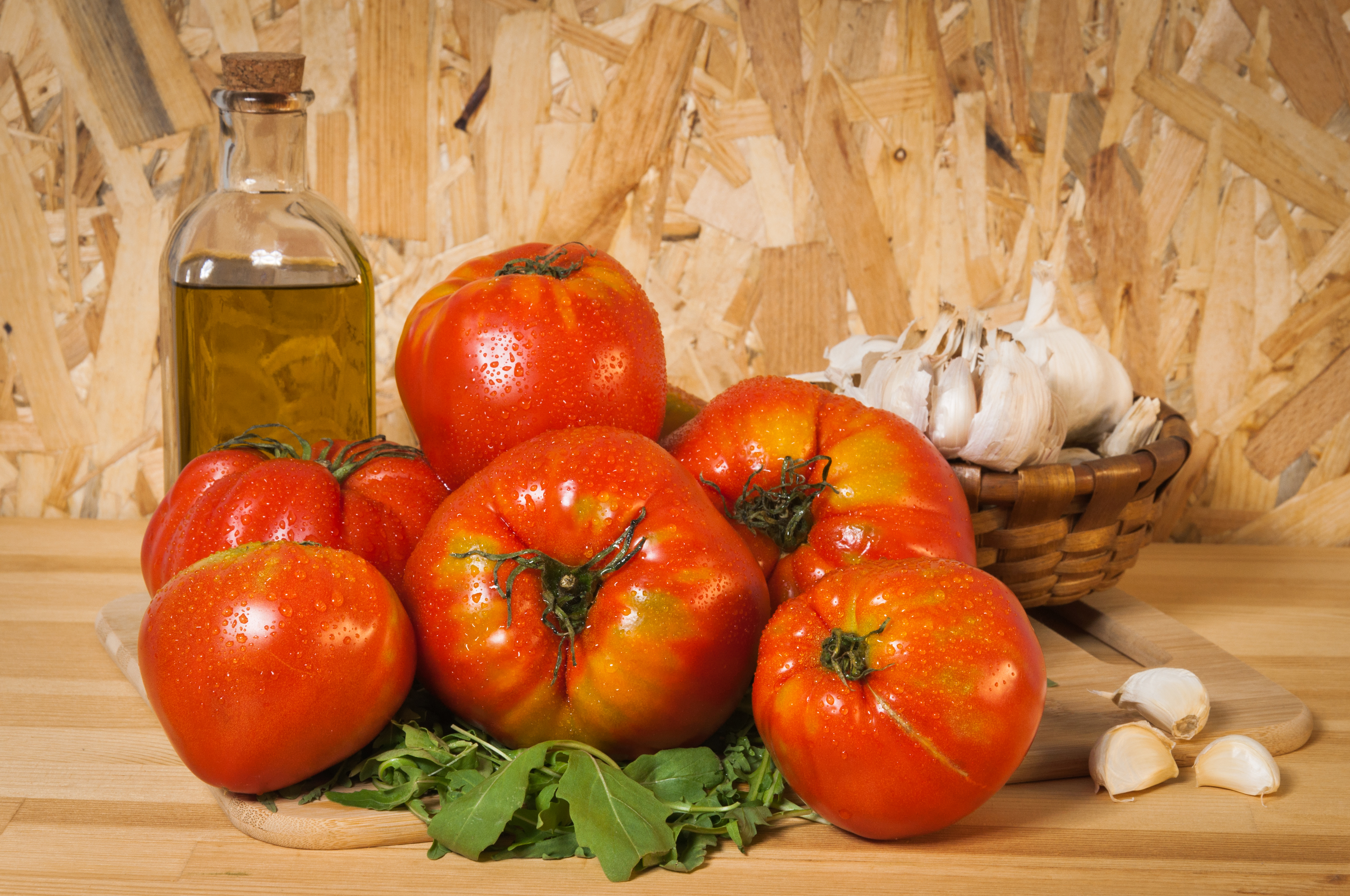 Six years ago, a treasure came into the hands of Beltrán Lauroba (45).

When he tasted that tomato it was clear that something had to be done with that jewel.

"A farmer from Zamora grew it and I went to talk to him," he enthuses.

This is how Tomates OX began, a project that has conquered chef Jose Andrés.

The tomatoes are of the

, juicy, exquisite and with "a unique balance between acids and sugars". Whoever tries them, repeats. "It is an ancestral and forgotten seed, which we have managed to recover. It is French and little is known about it," explains Beltrán while showing one of them in his hands. "It is a tomato that is eaten without skin and that must be cut vertically to match its flavors in the mouth."

It is eaten deeply ripe

The pandemic took its toll on the business, but there was also time to rethink - and improve - many things. "The first year we lost 40% of the plantation due to pest problems; the second year, almost 60% due to summer storms and other meteorological unforeseen events," he recalls. The third year, they gave a first return to the business. "There was a change in society, a new partner came in, and I started looking for solutions to cultivate in more places."

The first place they looked outside of Zamora was

. "There we found a farmer, Jorge Ferrero, who gave us an excellent tomato and also with a much greater capacity and regularity." And from here they have not stopped researching the product and expanding the plantations. "

This year we have had seven cultivation points

: in Zamora, Salamanca, Arcos de la Frontera, Almería, Andorra, Ibiza and Toledo". And there has been a bit of everything. "The tomatoes from Ibiza have been spectacular. Next year we will enter the best restaurants on the island," says Beltrán proudly. This idea also reflects a concern for the environment and "reducing the carbon footprint, bringing production closer to the consumer."

He has just arrived from Almería, where he has left 6,000 plants to cultivate from October to May. "

I am tired of the summer. I have decided to grow the tomatoes in the fall

and forget about heat waves, storms and hailstorms," ​​he says with some resignation. 35 tons will come from here. "The temperatures in these areas are perfect for the bush. Near the coast, the benefits are incredible."

The current strategy is to focus on the hospitality industry. "We sell in shops such as Gold Gourmet and in the San Agapito greengrocer in Madrid (8 euros / kilo in the Peninsula; 10 in the islands)". In fact, he did not hesitate to go to Bulbiza, a restoration project with various stores on Ibiza Street in Madrid in which Jose Andrés is a partner, to publicize his tomatoes. "One day my partner called me puzzled because he had sent us an email." They had enchanted him. "Another day, I had seven missed calls from him. I wanted to know where I could buy them." Beltrán took the car and went with a box of tomatoes to Zahara de los Atunes (Cádiz), where Jose Andrés was. After the mention he had made in his networks

-only on Instagram he has more than 700,000 followers-, where he complimented his tomatoes, he thought it was the least he could do.