It was revealed that in the process of selecting golf scholarship students at a state-affiliated golf course, personal information, such as parents' occupation and home environment, was written down in the screening materials, which had nothing to do with golf skills. 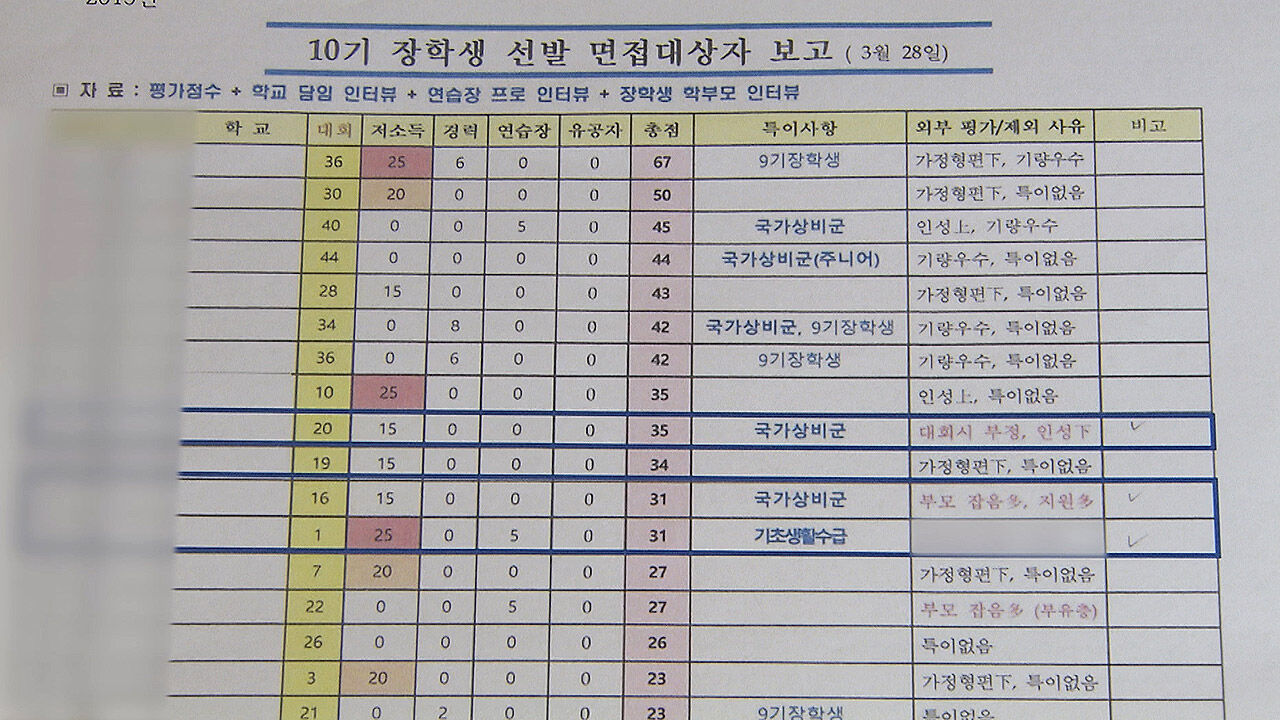 was found that in the process of selecting golf scholarship students at a state-affiliated golf course, personal details such as parents' occupation and home environment were written down in the screening materials, which had nothing to do with golf skills. The golf course explained that it was an unofficial document created for internal reference.

Since 2010, this golf course has selected promising golfers from low-income families as scholarship students every year since 2010, allowing them to use the golf course and driving range for free.

However, it turned out that during the scholarship selection process, they created screening materials containing personal information that has nothing to do with golf skills.

In 2019, the report of the interviewees prepared by the golf course operating organization on its own contained contents such as "Parents make a lot of noise" and "My father is a university professor."

Negative evaluations such as “Parents neglect” and “Students make a lot of noise” were recorded in the same way for the next year’s selection.

The golf course acknowledged that the content was inappropriate, but explained that it was only for internal reference and was not communicated to the judges.

[Golf course official: My parents came with me and complained, and I just wrote down the stories the staff heard like this in a three-page manner, but that's not appropriate... .]

[Kang Min-guk/People’s Power Rep.: Parent’s Occupation,I think that collecting overseas experience is not in line with the spirit of fairness and there is a high risk of unfairness.]

In some cases, the purpose of the project to help low-income golf prospects was negligible, but in the past two years, 6 out of 8 interviewees were from low-income families.

Conversely, two students whose parents said they were wealthy or university professors were awarded scholarships.

The golf course gave extra points to low-income students, but said that there were cases where there was no discrimination, and said that from next year, only the low-income class would be selected separately.