Investigation and seizure of the office of Jeong Jeong-sik, 'Suspected of accusation' empty-handed withdrawal

In connection with the investigation into the allegation of 'accusers' by former Prosecutor General Yoon Seok-yeol of the Crime Investigation Office for High-Level Officials, a search and seizure was conducted on Rep. Jeong Jeong-sik, the People's Power. The 3rd Division of the Airborne Investigation Department sent nine prosecutors and investigators, including prosecutors, to the 7th floor of the Yeouido National Assembly Building at 9:50 am today to conduct a search and seizure for about an hour and a half. 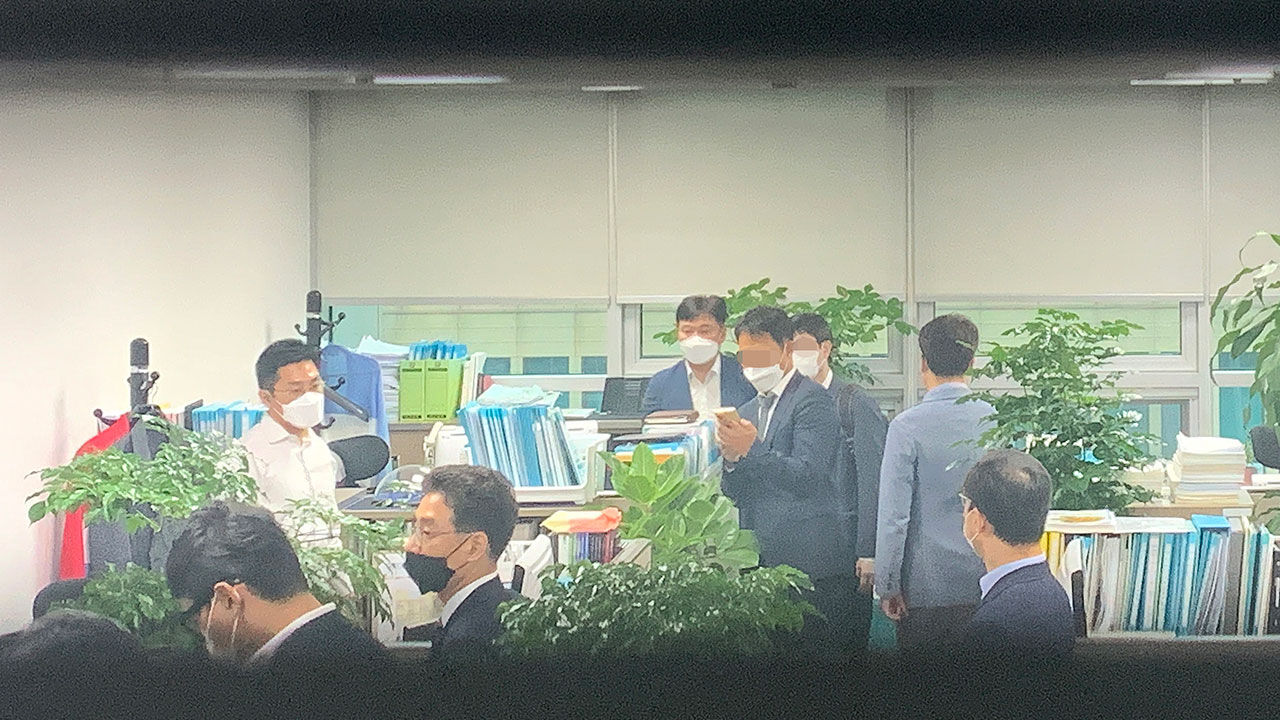 The 3rd Investigation Division (Chief Prosecutor Choi Seok-gyu) of the Ministry of Airborne Affairs sent nine people, including prosecutors and investigators, to the parliamentary office on the 7th floor of the Yeouido National Assembly Building at around 9:50 am today, and conducted a search and seizure for about an hour and a half.

However, the Ministry of Airborne Affairs did not charge Rep. Chung as a suspect.

Today's search and seizure was carried out in order to confirm the distribution route of the complaint through the former Supreme Prosecutor's Office Investigation and Information Policy Officer Son Jun-seong, Kim Woong, the People's Power, and Jo Seong-eun, the informant.

In August of last year, the People's Power submitted to the investigative agency the 'Open Democratic Party's accusation letter for Choi Kang-wook', which is similar in form and content to one of the two accusations delivered to Mr. Cho.

It is known that during last year's general election, Rep. Jeong, who served as the head of the legal support group of the Future United Party (predecessor to the People's Power), delivered the draft to the Office of Audit and Inspection and handed it over to Attorney Jo Sang-gyu, who is in charge of the accusation.

Therefore, if the same document as the accusation filed by Mr. Cho to the Public Security Service is found by Rep. Jeong, the distribution channel leading to 'Son Jun-seong → Kim Woong → Jo Seong-eun → Party' is confirmed.

However, it was reported that the Airborne Service did not secure any special confiscated items in the search and seizure.

After the search and seizure, Rep. Jung said, "The warrant stated that the documents that were passed around at the time were the subject, but after confirming that they were not in office documents, computers, and mobile phones, they returned empty-handed."This case has nothing to do with me."

In response to the news of the raid, the floor leaders, including floor leader Kim Ki-hyun and senior deputy floor leader Choo Kyung-ho, also rushed to the site of the search and seizure.

"There is no such thing as an accusation," said floor leader Kim Jong-un to reporters.

Representative Kim mentioned the suspicion of Daejang-dong and said, "The places to be seized and searched are Seongnam City Hall, Seongnam Urban Development Corporation, Gyeonggi Governor Lee Jae-myung's office and secretariat, Kim Man-bae's home, 'Cheonhwadongin' office and mobile phone." We must immediately seize and search the cell phone of the employee who works in the .

He added, "I don't know what the hell the Korean prosecutors are doing. Calm down."

On the other hand, the Ministry of Airborne Affairs announced on the 30th of last month that the Seoul Central District Prosecutor's Office of Public Investigation 1 officially booked the case yesterday and decided to merge it with the ongoing investigation.

During the annexation, the Ministry of Airborne Affairs added another person besides former President Yoon and Prosecutor Sohn, who had already been charged, but they said, "We cannot reveal who this person is."

Earlier, on the 13th of last month, when Rep. Choi Kang-wook reported the case to the prosecution, in addition to the two, he listed seven people as defendants, including Kim Gun-hee, the spouse of former President Yoon, Han Dong-hoon, Prosecutor Han Dong-hoon, and National Strength of the People Kim Woong and Jeong Jeom-sik.

At the time of the delivery of the complaint, it is estimated that there may have been additional suspects, as the Ministry of Airlift and Prosecution seized and searched former Investigative Intelligence 2nd Officer Seong Mo, who worked with Sohn at the time of delivery of the complaint, and Prosecutor A dispatched to the Office of the Investigative Information Policy Officer.