'I'll try it too!'... The miracle of an accidental DNA test 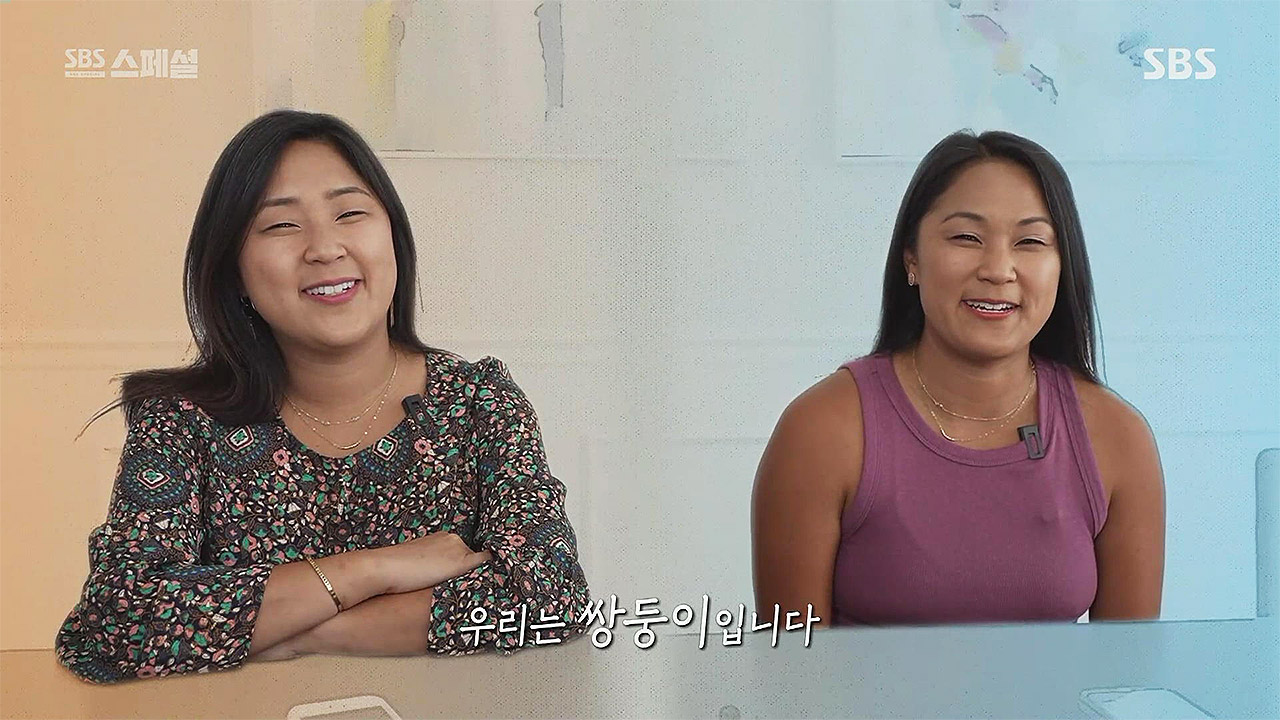 A miraculous story of a twin sister who met twin sisters after 36 years.

On the 26th SBS special, 'A certain twin sister's miracle' part 1 was released.

On this day's broadcast, the story of twin sisters who did not even know each other existed, reunited after 36 years, was highlighted.

Molly Sinutt accidentally bought a DNA kit and did genetic testing. And two weeks later, I had unexpected results. Learning that Molly's 'daughter' Isabel exists with a 49.96% genetic match. In other words, I have a daughter I didn't know.

Molly immediately sent a message to Isabelle. And his husband also urged his wife not to expect realistically for fear of disappointment. However, contrary to her husband's concerns, Isabelle immediately checked and responded to Molly's message.

And Molly and Isabel were shocked to find out that Molly and Isabel's mother, Emily, had the same birthday and were adopted. "When I saw our birthdays were the same, I thought, how could I not know that I have twins in my life," Molly said.

Emily learned of Molly's existence and immediately searched for his name. And after finding a video, he said that it felt like he was looking at himself. Molly also immediately informed her family. The family could not hide their surprise at this.

Their meeting would not have happened had it not been for Emily's daughter, Izzy. After seeing an advertisement for a DNA kit, Izzy wanted to find her family. He said frankly that he wanted to find his family, "Mom wanted to be tested, but she didn't, so I did it."

If they used DNA kits from different companies, they would never have met. The more they got to know each other, the more they realized they had a lot in common. Adopted by a Jewish family, he was associated with Florida.

The two promised to meet on their birthday, and after that, they continued to send messages and contact each other and got to know each other. And we found common ground. The photos of the two of them when they were young, especially at the graduation party, were astonishing to everyone. The dress they chose was very similar. Even the poses with their partners were similar, so there was no sense of alienation.

And finally, the first meeting came. As soon as the two met, they hugged each other tightly and wept. The two said that it felt like looking in a mirror and that it felt like they were walking towards me. The family members of the sisters were also moved by their meeting.

Molly and Emily grew up with a lot of love from their family.

Emily and Molly, who hid the existence of their real family like a wound, began to rethink their identity after meeting Emily.

In response, Emily and Molly decided to find out about their birth, including how and why they broke up and how they were adopted, and sent a message to the adoption agency that they wanted to find their biological parents.

Sisters who met often after their first meeting.

In May, the whole family met together to celebrate Emily's mother's birthday together.

And the sisters plan to meet again.

At the end of the broadcast, the appearance of the sisters who met again in Orlando, Philadelphia, where Molly grew up, was foretold, raising curiosity about the next story.

"Our lives moved in parallel."

[The Miracle of a Twin Sister Part 1 ③] Unanswered questions about existence, the answer is 'It was you'